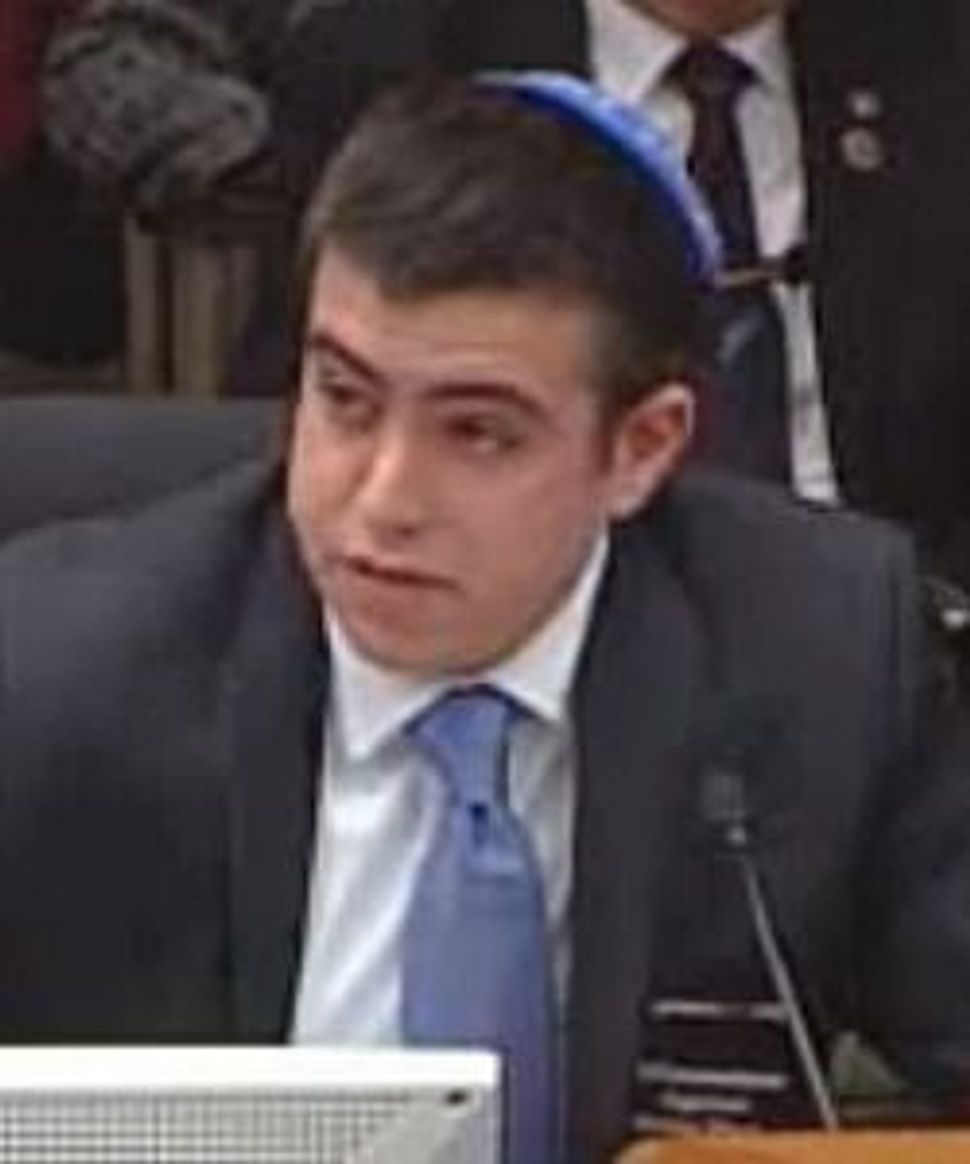 When I found myself having a long and enjoyable phone conversation with one of my daughter’s peers and former classmates, it was with a sense of genuine surprise and delight. But it was bittersweet as well.

I was speaking with Sami Rahamim of St Louis Park, Minn., who was in my daughter’s class at Heilicher Minneapolis Jewish Day School. He has become an advocate for gun-violence victims in the months since his father, Reuven Rahamim, was shot and killed along with five others at the business he founded on September 27, 2012, the day after Yom Kippur. The gunman was a disgruntled just-fired employee who later turned the gun on himself, authorities said.

Rahamim told me that on the day his father was shot, he was on a bus to the University of Wisconsin at Madison to see his then-girlfriend. When the bus arrived, his girlfriend and family friends who are students there, knew of his father’s fate but didn’t tell him until they drove halfway back to Minneapolis to meet up with Rabbi Avi Olitzky of Beth El Synagogue. Rabbi Olitzky also works as a chaplain with the Plymouth, Minn., police department doing notifications of death. But having to tell his congregant this news was difficult.

All the rabbi could muster about the occasion to say to a reporter was “It’s a tough one. There’s more silence than words and the silence speaks louder than the words.”

If the event was traumatic for the notifier, it was all the more so for the young man affected. In the weeks immediately after his father’s death, Rahamim says he was all but frozen.

“A while, for months, I couldn’t get through a single newspaper article, even sports, my mom couldn’t finish a crossword puzzle,” he said. “Stuff you normally do becomes more difficult.’”

Yet, the young Rahamim has shown a remarkable resilience and strength of spirit since his life was profoundly changed by the shooting spree, which is the largest act of workplace violence ever in Minnesota. After the rampage in Newtown, Conn., on December 14, Rahamim attended a rally sponsored by ProtectMN.org, a Minnesota Gun Violence Prevention advocacy group. He told the executive director of his desire for involvement; when he checked his email after Shabbat on December 15, there was an invitation to attend Mayor Michael Bloomberg’s launching of an anti-gun violence initiative.

On February 4, 2013 when President Barack Obama came to Minneapolis, Rahamim was part the roundtable introducing him. In the intervening days, he has lobbied at the Minnesota capitol. He has also spoken to his synagogue, a Boca Raton, Fla., teen advocacy group and to 2,000 worshippers at a Minneapolis cathedral.

He will be at the State of the Union address in Washington on February 12 as a guest of Representative Keith Ellison (D-Minn.).

Still, Rahamim is a teen. When reminded that he played Obama in a mock presidential debate while in the eighth grade at the Heilicher Minneapolis Jewish Day School, he sounded every bit his age.

“It is pretty hilarious,” he said. “I played him and then met him.”