Naftali Bennett Says ‘No’ to Bibi (Or Not Yet) 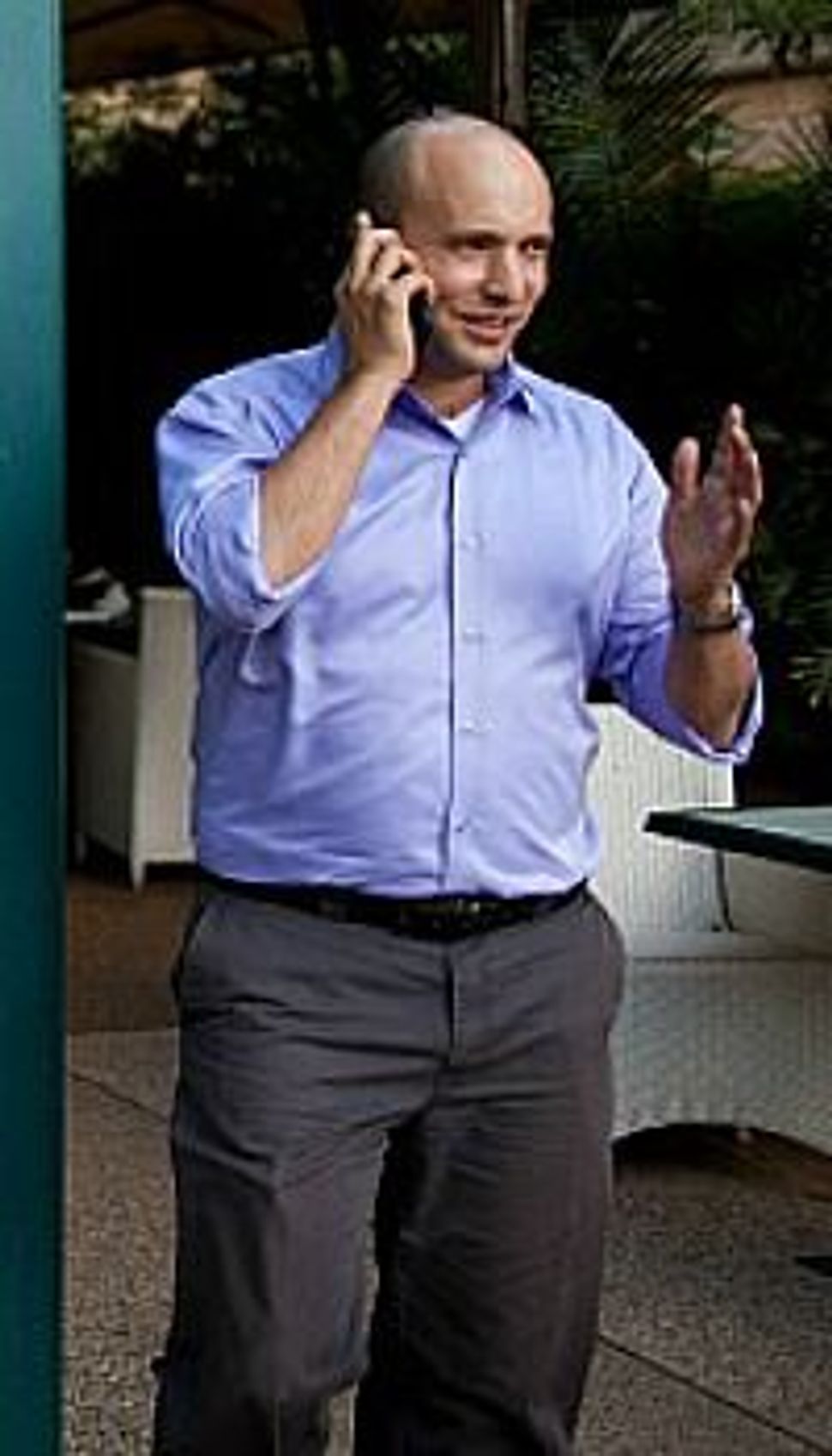 The new star of the Israeli right may be heading for the opposition benches. Israeli media are reporting that Naftali Bennett and his religious-Zionist Jewish Home party have rejected an offer that would have made it part of the government with control of the Education Ministry and other prominent positions.

To Bennett’s irritation Prime Minister Benjamin Netanyahu, head of the Likud-Beytenu alliance and convener of the new government, informed them of the offer via the media, so he rejected it via the media.

In addition to the education portfolio the Likud offer would have reportedly given the staunchly pro-settlement Jewish Home a socioeconomic portfolio and a deputy defense minister who would deal with settlements.

This is undoubtedly part of a bargaining game by Netanyahu and Bennett, along with a working through of bad blood that has existed been them since Bennett’s stint as his Chief of Staff, a position he left in 2008.

But it does appear that beneath all the negotiating talk, Bennett truly is unhappy with the offer, which is interesting. In years gone by the National Religious Party, the faction which rebranded to become Jewish Home, was excited at talk of holding the Education Ministry. One of its key priorities was impacting Jewish identity in the state, and it saw the educational realm as an important route for doing this.

The difference is that the NRP was focused on its religious-Zionist ideology and putting it in to action, and wanted the ministries that would best help it to do that. The Bennett Revolution in Jewish Home keeps largest of the ideology, but it’s all about making the party a contender to become the biggest mainstream right-wing faction in the country — he hopes bigger than Likud. Which is why, unlike most of his predecessors he sniffs at the Education Ministry and is desperate for a post where he feels that he can prove his ability to lead the nation. Can he bargain his way to what he considers real power? Well, let’s just say that nobody really believed that the leader of the formerly-niche immigrant party Yisrael Beytenu, Avigdor Liberman, could become Foreign Minister, and he held the position for the last Knesset session.

Naftali Bennett Says ‘No’ to Bibi (Or Not Yet)