From Zimbabwe, With Faith 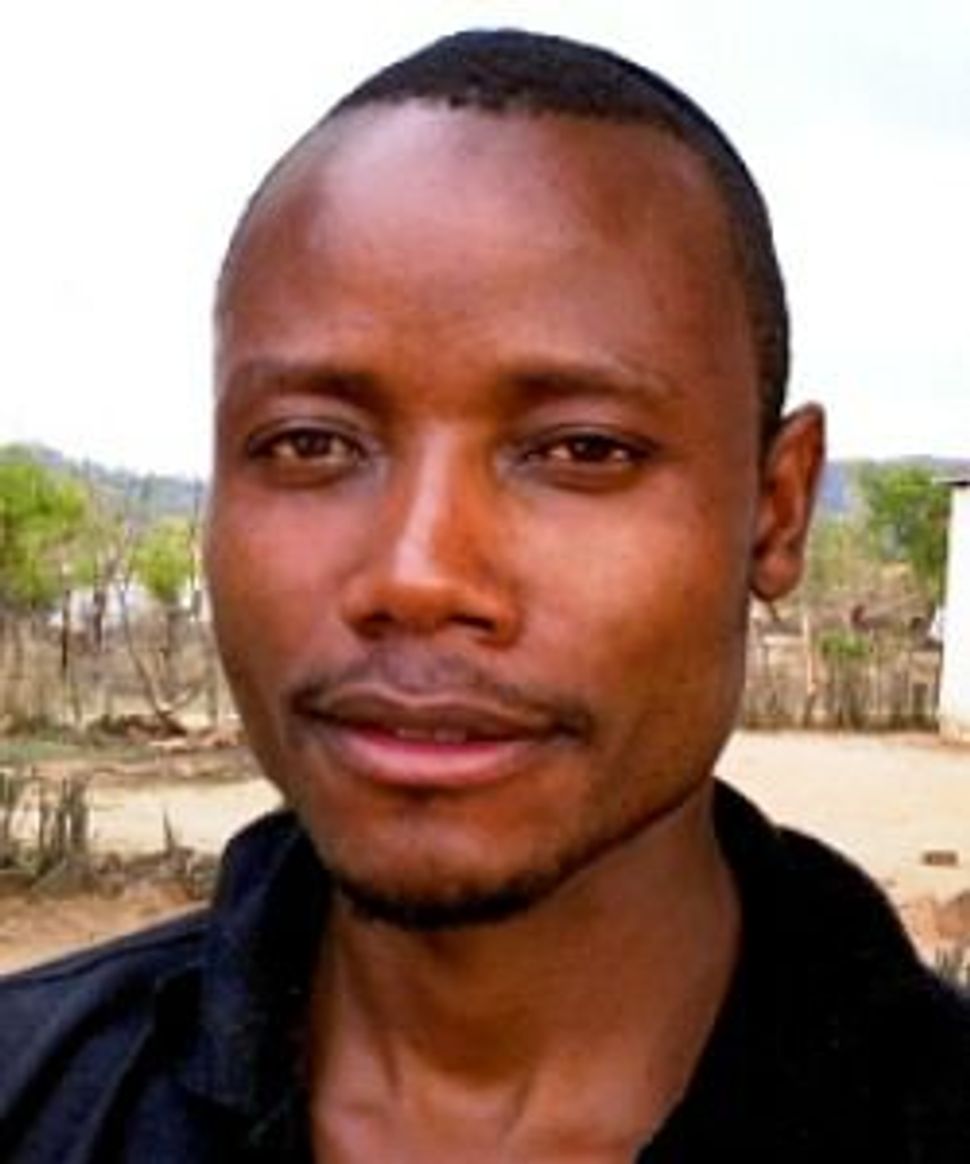 Modreck Zvakavapano Maeresera comes from the southern African nation of Zimbabwe with a message of shared faith.

A leader of the Lemba group that claims ancient Jewish ancestry, Maeresera is on a monthlong tour of the U.S., meeting with Jewish communal leaders and giving lectures about his community.

“We are all joined together by our faith,” said Maeresera, 38, a married father of two. “That is what joins us together.”

He is hoping to build awareness about the 100,000-strong community and raise funds for a synagogue in Zimbabwe’s rural district of Mberengwa.

After appearances in New York (at the 92nd Street Y), Chicago and Texas, he will speak on Wednesday, February 20 along with Florida International University professor Tudor Parfitt at the Jewish Museum of Florida-FIU in Miami Beach.

The tour was organized with help from Kulanu, a group that supports isolated Jewish communities worldwide.

“We are told of our history by our oral tradition, which is handed down from generation to generation,” Maeresera said.

Scattered across six separate districts in Zimbabwe’s vast rural hinterland, the Lemba maintains kashrut dietary rules and celebrates Shabbat. They were forced to abandon newborn circumcision and instead circumcise boys at age 8, a symbolic nod to the eight-day rule that Jews worldwide observe.

Others in Zimbabwe — an overwhelmingly Christian nation of 14 million — are keenly aware of their faith and mostly respect it.

“They call us maJuda, which means the Jews,” he said.

The Lemba have also escaped the wrath of Zimbabwe’s authoritarian ruler, President Robert G. Mugabe, who is accused of using political violence to stay in power during a 32-year reign. Mugabe is himself a Roman Catholic, which also puts him in a small minority among Zimbabwe’s mostly Anglican, Methodist and Pentacostal churchgoers — and may have taught him the value of religious tolerance.

Maeresera names prominent members of both the ruling ZANU-PF and former opposition Movement for Democratic Change party that are Lembas. (The two parties have ruled together in a shaky unity government since 2010. They are now expected to face off in another election in July).

“We have not been targeted at all as a group,” he said. “Individuals may have suffered, yes, but not as a group.”

They have not been lucky enough to escape the effects of Zimbabwe’s economic collapse, which has turned one of Africa’s rising stars into a basket case plagued by massive unemployment and soaring hyperinflation. Things have stabilized in recent years since the country adopted the U.S. dollar as the official currency and embarked on a halting program of economic and political reforms.

“Like all Zimbabweans, we have been effected,” said Maeresera, who works as an admissions officer for a university in Malaysia.

The Lemba are one of a number of African groups that believe themselves to be descended from ancient Jews of Israel. According to their oral history, the Lemba’s ancestors left the Holy Land first for Yemen and then East Africa about 1,500 years ago. From there, they found their way down the coast to Mozambique, then inland to Zimbabwe.

The group was once based around the Great Zimbabwe, a towering complex in the province of Masvingo that is one of the most important historic ruins in sub-Saharan Africa.

Maeresera says his ancestors were known as masons and were contracted by tribal kings to build the complex centuries ago. The Lemba are now scattered in several different provinces of Zimbabwe. They speak other main languages in Zimbabwe including Shona and Ndebele and English. Like other African many have also moved to the main cities of Harare and Bulawayo in search of work or a better life.

They hold an annual convention in Harare and hope to eventually build synagogues in each of the six districts and one in the capital.

Up until fairly recently, Lembas were almost completely isolated from the wider Jewish world. Few knew that Jews existed outside of Israel, which they knew from the Bible and from their own oral tradition.

Zimbabwe also has a small community of white Jews, many of them immigrants from neighboring South Africa.

But Maeresera says the country’s sole remaining synagogue, in the leafy Harare suburb of Milton Park, is all but shuttered and does not have enough members to form a minyan.

The Lemba have also forged links with other African Jews, including a community of converts to Judaism in Uganda and another group in Nigeria. While in New York, he met with a member of the Ethiopian Jewish community.

One place where the Lemba have not been welcomed with open arms is Israel, which does not consider them to be bona fide Jews. Maeresera and a delegation of Lembas visited Israel, but no members of the community have sought to settle there permanently.

“They are not yet accepting us as Jews,” he said.

From Zimbabwe, With Faith