Beauty and The Pig 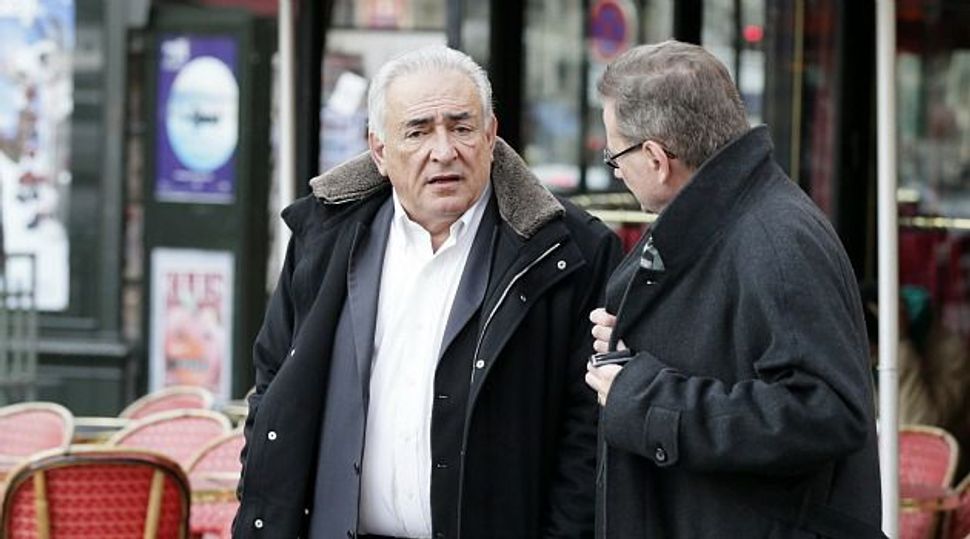 Where is Roland Barthes now that we truly need him? 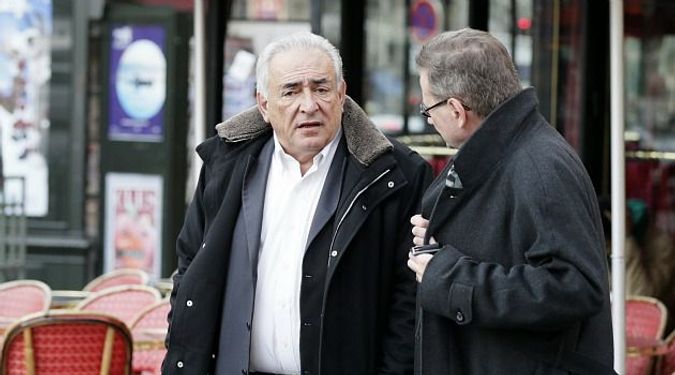 Barthes was the French intellectual who founded the discipline of cultural criticism, insisting everything, from the epic to pedestrian, signifies something. Flags and photos, cars and commercials, pop stars and plastic: Barthes trawled the sea of signification for the flotsam of mass culture.

He would have no doubt tossed a lifeline, or at least a few well-crafted lines, to our own age’s great signifier, Dominique Strauss Kahn.

You of course recall DSK (Barthes would have had a field day with the initials): the one-time prince of economics, director of the International Monetary Fund, and pretender to the presidency of France. That is, until the ill-starred night at the Sofitel Hotel in New York, which revealed DSK as a part-time sexual predator and full-time defendant against a range of civil and criminal charges issuing from his nocturnal activities.

This week, DSK sank to a semiotic depth as deep and dense as the Mariana Trench. The respected magazine “Le Nouvel Observateur” published excerpts from a forthcoming book, “Belle et Bête” — yes, that’s right: “Beauty and Beast” — published by the equally respected publishing house Stock. The book’s author, who was also interviewed by the magazine, is Marcela Iacub. Iacub is a controversial intellectual, newspaper columnist and essayist.

To her list of professional achievements, as her interview and book make clear, we now need to add lover, betrayer and analyst of DSK. At the very moment Strauss-Kahn wrestled with the multiple court cases issuing from his encounter with Nafissatou Diallo, Iacub published an essay in which she argued the true victim was not the hotel maid, but Strauss-Kahn: “punitive and radical feminists” had transformed DSK’s act into an ideological hammer to beat all men into sexual submission. In a turn of phrase that would dumbfound Barthes, Iacub concluded that feminists had made rape “their supreme power.”

It turned out that Iacub’s unusual defense of DSK was also a sly offensive move to capture his attention: soon after the book’s publication, they began a sexual liaison that lasted most of 2012. This liaison is the subject of the book whose publication next week has France — or, at least, the Left Bank of Paris — holding its collective breath. At least, that is, when it is not panting in either astonishment or anger at what the excerpts have revealed. Not only is the memoir not quite a memoir — Iacub admits the sex scenes are the products of her imagination — but the analysis is in fact a fable whose hero is “mi-homme, mi-cochon,“ or half man and half pig. But hold on: it is the pig, not the man, who is “belle” — it is the “creative” and “artistic” side to DSK. Why? Because the pig is a porcine Dionysus, embodying the amoral life “which takes without demanding or calculating, without worrying over the consequences.”

Calculation certainly seems to have influenced Iacub’s “cochonnerie,” or dirty trick. DSK’s ex-wife, Anne Sinclair, who had stood by her man during the critical moments of the affair, then sent him packing once criminal charges were dropped, described Iacub as a “perverted and dishonest” individual who had concocted a “deceitful and venomous” fairy tale. Meanwhile DSK lambasted Le Nouvel Observateur, which had once been “the conscience of the French Left,” for publishing this “nauseating” and “despicable attack on my private life and human dignity.”

One might wonder whether Sinclair, who many observers insist stayed by her husband’s side in NY only in order to sway the public opinion in his favor, is well positioned to accuse Iacub of dishonesty and calculation. And, needless to say, terms like “conscience” and “human dignity” do not have much moral lift when uttered by a man who forced himself on a hotel maid and remains accused of participating in a series of transatlantic orgies. By the same token, the Le Nouvel Observateur’s justification for publishing the excerpts—“we are confronted by a strange literary object that is perhaps questionable, but cannot be ignored”—is true only because the magazine had made it impossible to ignore. (And what is beyond question is that sales have spiked dramatically each time DSK appears on the magazine’s cover.)

In a word, the pigsty is big enough for just about everyone involved in this affair. What would Barthes have made of this latest chapter in the surreal and sordid saga of Strauss-Kahn? No one can say, of course, but he might well have reflected on Iacub’s use of the image of the pig in an affair where nearly all the principals, including Iacub, are Jewish.

The offspring of Eastern European Jews who moved to Argentina in the 1930s, Iacub’s parents raised her in Argentina as an atheist: “The first thing I was taught was “God does not exist.’” Though she described herself in a Le Monde interview as a “radical atheist” — who has use for conservative atheists, after all? — Iacub also claimed her Jewish identity: “To be Jewish is always to be on the side of the persecuted.” Yet, here is where it gets curious: an outspoken vegetarian, Iacub equates the persecuted Jew with pigs. “I feel very close to pigs because I am Jewish and because the pig is the most persecuted, the most mistreated and most exploited creature in our culture.”

Strange amalgamation. Having spent one summer working in chicken coops, I have a different candidate in mind — as would someone working in a stockyard. But why focus on farm animals? Shouldn’t we up the ante: what about the persecuted and exploited creatures working in brothels from Bangkok to Bulgaria? Given Iacub’s perspective on the power relation between DSK and Diallo, this concern does not seem to weigh heavily on her scale.

Moreover, why should pigs have dibs, as Iacub claims, on finding “pleasure in the moment”? I, for one, always thought my dog excelled at this art—as for that matter, did Jean-Jacques Rousseau, a dog-lover and philosopher whose last work, Promenades of a Solitary Dreamer, is devoted to recapturing and remaining in the present.

Is there, then, a soupçon of perversity on Iacub’s part by describing DSK as a pig? Only she can say, perhaps. But as Barthes observed, language is never innocent—or kosher.

Beauty and The Pig