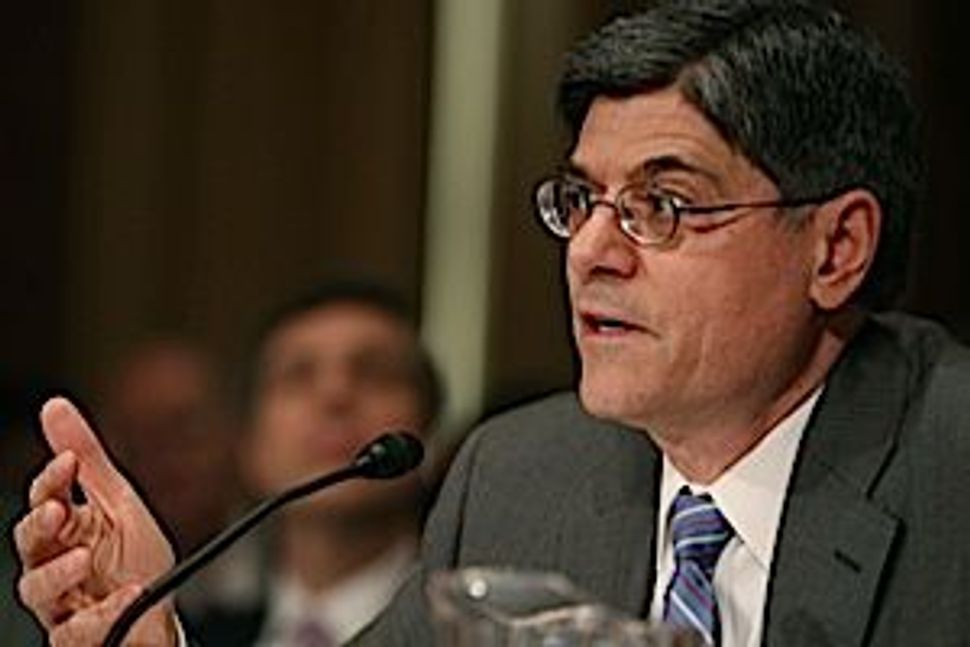 This could sound like yet another bad-taste Oscar night joke, but turns out that the U.S. economy is run by Jews.

On Wednesday, the Senate confirmed the nomination of Jack Lew, an Orthodox Jew, as Treasury Secretary. He will joined by Gene Sperling, director of the National Economic Council at the White House, Alan Krueger, chairman of the Council of Economic Advisers, and Jeffrey Zients, who heads the Office of Management and Budget. All are Members of the Tribe.

With Lew’s confirmation as Treasury Secretary, he is officially no longer the White House chief of staff. But the Jewish community, a former official with the administration assured, will not lose access. His replacement, Dennis McDonough may be Catholic, but he still has a soft spot for Jewish activists. During his tenure as deputy national security adviser, McDonough launched a tradition of monthly conference calls with Jewish leaders for updates on international issues and was known to meet with almost every major Jewish federation delegation that came to Washington.