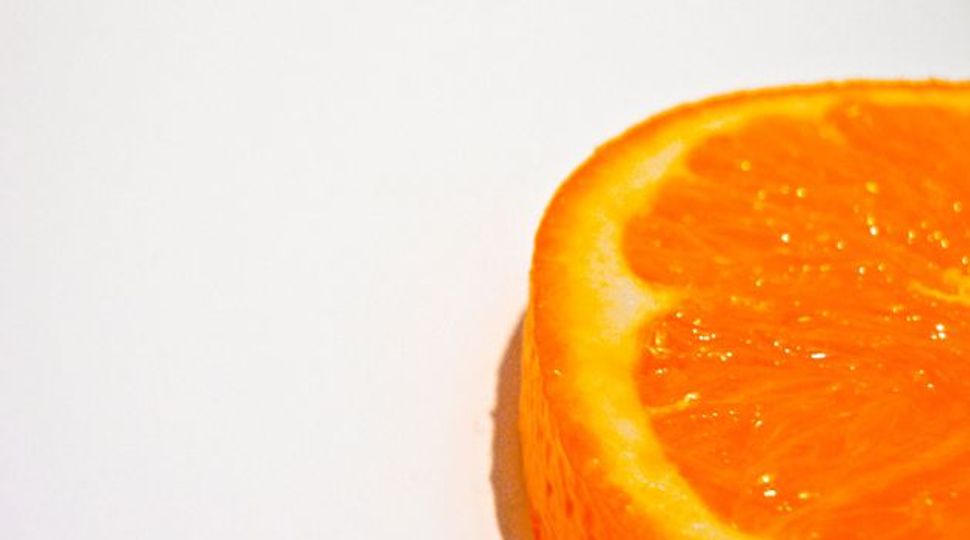 Fruitful: Susannah Heschel, who was the first to put an orange on the seder plate explains why she does it for a different reason than you think. Image by Malkav via flickr

Passover was high drama in my childhood. Preparations began weeks in advance, with meticulous scrubbing, shopping and organizing. Strong emotions came out in the days before the holiday, when every crumb of hametz had to be removed, and we had to tread very carefully. One mistake could bring calamity. When we finally sat down for the Seder, my mother would always claim that only women understood the Exodus, having slaved away in the kitchen for weeks and then been finally liberated when the holiday began, but too exhausted to enjoy it.

I love the Haggadah, the Hebrew text as well as all the special actions we take at the Seder; eating, drinking, reclining, discussing and debating. In my home, we immerse ourselves in the Haggadah in Hebrew and also in the centuries of commentary on each passage. While we carefully follow all the traditions, we also recognize that over the centuries, Jews have often added new customs to Passover.

At the height of the Jewish feminist movement of the 1980s, inspired by the abundant new customs expressing women’s viewpoints and experiences, I started placing an orange on the Seder plate.

At an early point in the Seder, when stomachs were starting to growl, I asked each person to take a segment of the orange, make the blessing over fruit and eat the segment in recognition of gay and lesbian Jews and of widows, orphans, Jews who are adopted and all others who sometimes feel marginalized in the Jewish community.

When we eat that orange segment, we spit out the seeds to repudiate homophobia and we recognize that in a whole orange, each segment sticks together. Oranges are sweet and juicy and remind us of the fruitfulness of gay and lesbian Jews and of the homosociality that has been such an important part of Jewish experience, whether of men in yeshivas or of women in the Ezrat Nashim.

Strangely, I discovered some years ago that an urban legend was circulating: Strangers told me they placed an orange on their Seder plate because of an incident in Miami Beach in which a man angrily denounced me when I gave a lecture, saying that a woman belongs on the bimah of a synagogue no more than an orange belongs on the Seder plate.

That incident never happened! Instead, my custom had fallen victim to a folktale process in which my original intention was subverted. My idea of the orange was attributed to a man, and my goal of affirming lesbians and gay men was erased.

Moreover, the power of the custom was subverted: By now, women are on the bimah, so there is no great political courage in eating an orange, because women ought to be on the bimah.

For years, I have known about women whose scientific discoveries were attributed to men, or who had to publish their work under a male pseudonym. That it happened to me makes me realize all the more how important it is to recognize how deep and strong patriarchy remains, and how important it is for us to celebrate the contributions of gay and lesbian Jews, and all those who need to be liberated from marginality to centrality. And Passover is the right moment to ensure freedom for all Jews.

Susannah Heschel is a professor of Jewish studies at Dartmouth College.