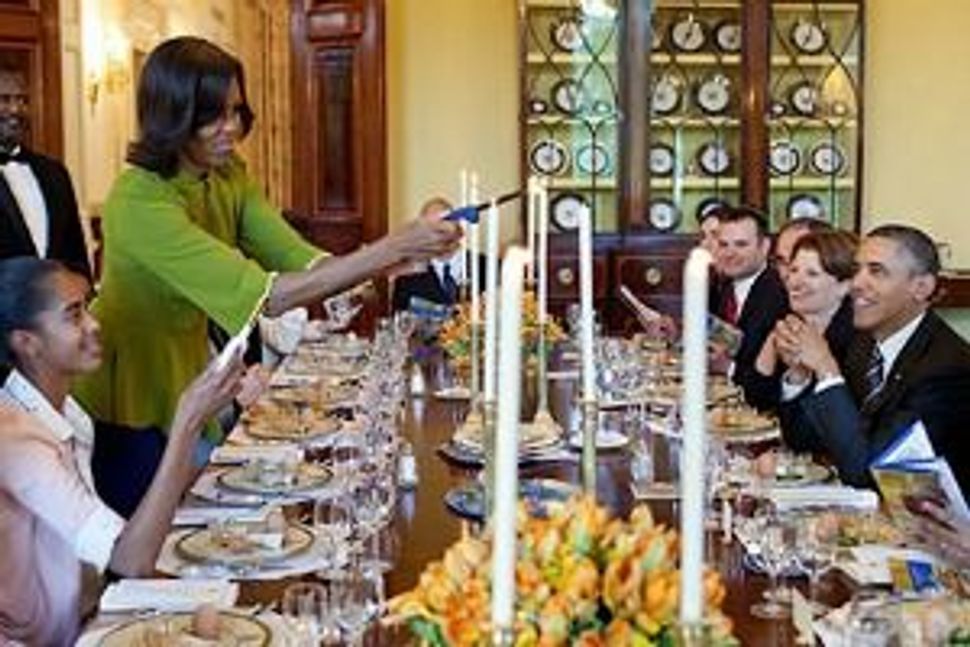 Just before the doors of the Old Family Dining Room swing open to welcome Elijah to the White House Seder, Dr. Eric Whitaker, a friend of President Obama, reads aloud the Emancipation Proclamation. 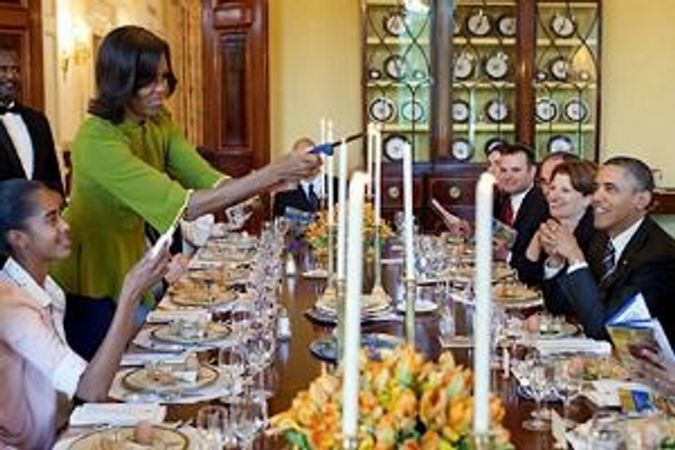 Last week, as I researched the Obama Seder (the only Seder hosted by a sitting President), I was struck by several things, including the homey feeling of it and the extraordinary circumstances of the first Seder on the campaign trail in 2008. But nothing struck me as much as this profound reminder of the real meaning of Passover.

The Emancipation Proclamation is perhaps the grandest-named document in American history aside from the Declaration of Independence and the Bill of Rights. But the practical implications for slaves when it was enacted on January 1, 1863, were far fewer than its name would imply.

Issued by Abraham Lincoln, the document only liberated a very small number of slaves. Freedom for most black Americans didn’t come about until the Civil War was won and the 13th Amendment was adopted nearly three years later. And, of course, it took a century more before even a semblance of real equality was achieved.

Despite its shortcomings, the sentiment of the document can not be overlooked. It was a crucial step in the fight to create a country where freedom and equality are rights granted to everyone.

Similarly, during the Seder, we end the story of the Exodus long before the Jewish people reach the Promised Land (40 years, to be precise). And most of those liberated from Egypt would die on that long journey towards a truly free life.

Still, we retell the story at our dinner tables, remembering that we were once slaves and celebrating the beginning of our liberation. We also remind ourselves that there is still slavery and injustice in the world, both close to home and around the globe.

When I told a friend of Dr. Whitaker’s custom, he jokingly asked me: “Isn’t the Emancipation Proclamation a bit out of date?”

The answer is an emphatic “no.”

Reading the proclamation at a Seder serves as a reminder that attaining freedom and equality are a battle that we must all fight for as if we were fighting for our own freedom. Right here. Right now.