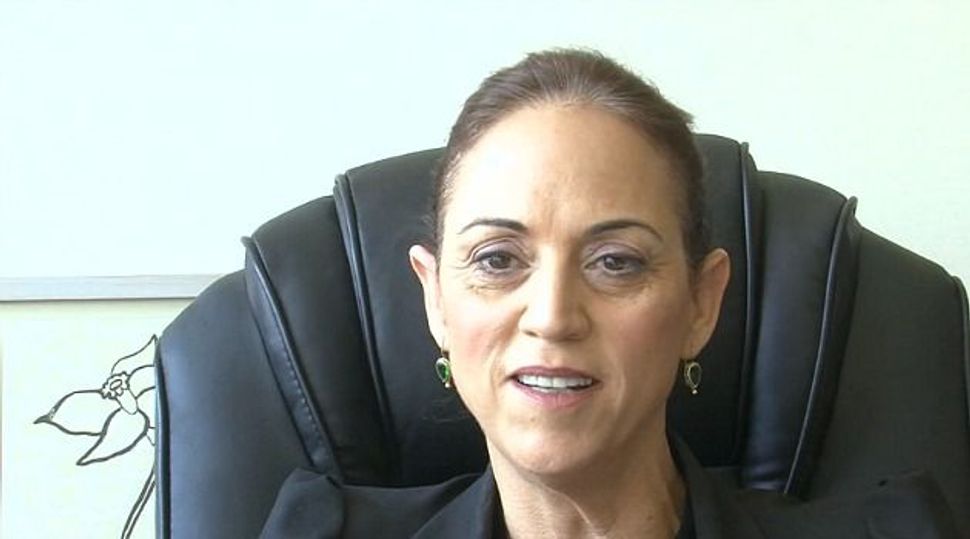 For all the excitement and drama of the new parties and fresh faces in Israeli Prime Minister Benjamin Netanyahu’s governing coalition, one thing has stayed depressingly constant: The paltry number of women in the Israeli cabinet. True, the count increased by one — from three in the last government, to four. And technically, the percentage inched up, since Netanyahu was pushed into reducing the number of cabinet ministers from 27 to 22. (Well, 23, if Avigdor Lieberman breaks free of the charges against him and is able to resume his questionable position as foreign minister.)

Still, when it comes to gender diversity, Netanyahu is faring even worse than President Obama, who until now has been rightly criticized for assembling a new cabinet that hardly looks like America. Of the 21 cabinet members, five were women in Obama’s first term. Now there are four, but three more women have been nominated and await confirmation, bringing the total to seven. If so, USA: 33%. Israel: 17%.

But that’s not the complete story. Just as a record number of women in the United States Senate are attaining power and becoming a force in our most rarified legislative chamber, so are a record number of women in the Knesset posed to challenge the conventional status quo in Jerusalem. Perhaps it’s not a coincidence that both the Senate (20 of 100) and the Knesset (27 of 120) now have a similar percentage of women. If there is such a thing as a tipping point, this may be it.

Of particular note is the reception accorded two new members of Knesset, Ruth Calderon of the Yesh Atid party and Labor’s Merav Michaeli. Their debut speeches each scored hundreds of thousands of YouTube viewers — can you remember another time when such routine remarks have gone viral? Listen to them (there are English subtitles) and you’ll know why they struck such a resonant chord with Jews around the world.

Calderon spoke of her conventional secular upbringing and her awakening to the wonder of Talmud study, which led her to found the first secular, egalitarian, pluralistic yeshiva in Israel and then to create Alma, which exposes secular Israelis to Jewish texts. The sight of this extraordinarily knowledgeable woman teaching Talmud from the Knesset stage — reciting a passage in Aramaic, no less — shocked secular and ultrareligious Jews alike, and immediately upended the tired dynamic that equates political liberalism with Jewish ignorance and religious learning with intolerance.

Michaeli, a well-known journalist, wears the mantel of feminism so proudly that she often uses female-gendered language as the default in spoken Hebrew. Her inaugural speech was captivating because she translated that defiant consistency into a call for truly “sharing the burden,” arguing that the electoral catchphrase must mean more than simply integrating Haredi men into the military and the workforce. In a subsequent interview with the Forward, she spoke of her intention to institute European-style “gender budgeting” to assess how public monies are spent and determine who benefits from everything from military expenditures to allocations for scientific research. “We need to look at everything through gender eyes,” she said.

Eager to work with the other female MKs regardless of party, Michaeli has begun a woman’s legislative caucus. Meantime in March, three other female MKs — including Stav Shaffir, one of the leaders of the social protest movement who is the youngest person ever to serve in the Knesset — joined with the mostly American Women of the Wall who seek to pray every month at the Kotel. Observers said this was the first time government officials have shown support for what has become a flashpoint over the increasingly restrictive limitations placed on women’s public prayer at the Wall.

Another female member of Knesset, Miri Regev of Likud, condemned her three colleagues. Nothing surprising there. Women, like men, are going to disagree on issues of religious pluralism at Judaism’s holiest site and just about every other subject imaginable — just as the women of the U.S. Senate do not all vote in a bloc.

But we can’t help but anticipate the good that will come in both legislative chambers by the welcome inclusion of smart, courageous, interesting women willing to challenge the sclerotic status quo. Are 20 Americans and 27 Israelis enough for a critical mass? “I don’t know,” Michaeli answered in the interview. “You can’t change everything just by having women at the top. You need numbers and legitimacy. And you need people willing to give up some of their power.”