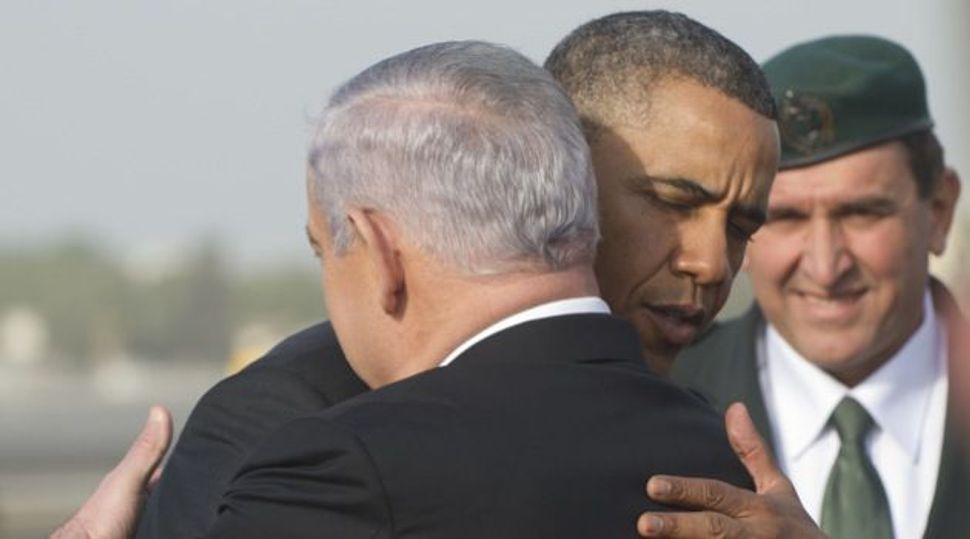 Some people find numbers intimidating. If you are among them, skip the first four paragraphs.

The Pew Research Center surveyed Americans in mid-March, albeit before President Obama’s possibly paradigm shifting trip to Israel. Overall, it finds that 49% sympathize more with Israel than with the Palestinians, with another 12% saying they sympathize with neither side.

The differences are even wider when respondents are asked whether President Obama “favors Palestinians too much.” Republicans — 39% of them — think that he does, as do just 7% of Democrats, while 22% of independents hold that view.

This profusion of numbers can, I know, be daunting, but their gist is plain: A chasm separates Democrats and Republicans when it comes to sympathizing with Israel. And if, as some analysts believe, the Democrats’ general advantage with young people is likely to persist, that chasm may well grow.

I am a determined Democrat, and I therefore have a party-serving explanation for why this might be: Democrats have a greater appreciation for nuance and are more familiar with the facts, and the facts these days do not impel sympathy for Israel. Democrats prefer Israel as Athens while Republicans lean toward Israel as Sparta. (Saul Bellow once wrote that Israel is that rare country that seeks to be both Sparta and Athens simultaneously, and largely succeeds.) But the truth is that all we can do here is speculate; we don’t begin to know the causes of the difference.

What we do know is that Israel’s image problems are not matters that can readily be erased by better hasbarah — a word that technically means “explanation” but that in context is closer to propaganda. Israel is as complicated as it is small. Any number of factors may contribute to the erosion of its erstwhile magic: the shameful role of religion in statecraft, the rate of poverty among children, the anti-Israel and anti-Semitic barbs hurled at it — and, of course, the Occupation. And not just the Occupation, but the evident desire of a significant number of Israelis to hold on to the occupied territories and incorporate them into Israel. Such intentions are no longer whispered; they have become part of common discourse, and their proponents are in the Knesset and in the government itself.

There are those who believe that a two-state solution is an idea whose time has come — and gone. They believe that it is simply too late to disentangle the settlers who dwell beyond the Green Line. Yet they know such a position, if it becomes Israel’s policy, immediately raises the familiar “triple threat.” What of the Palestinians who very substantially outnumber Israelis in the West Bank? If they stay, shall they be allowed to become citizens, hence to vote? Farewell, Jewish state. Or shall the vote be denied them — apartheid, in blunt terms? Or shall they be expelled — or, in the preferred language, “transferred”?

That is why a two-state solution cannot be discarded, however improbable it has come to be. Ben Gurion used to say that to be a realist in Israel means you have to believe in miracles. I write these words on Easter Sunday, so you will understand if I have resurrection on my mind. If the two-state solution is comatose, or even if it is thought to be dead, then it is time for a miracle of resurrection. No other choice will do. No other choice will protect Israel as a democratic Jewish state.