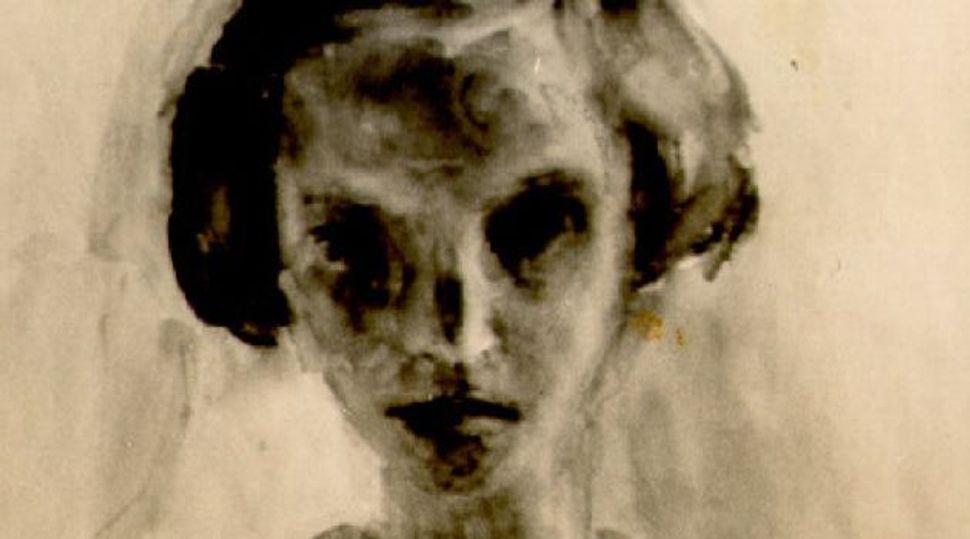 Lost World: A painting by Gela Seksztajn of a young girl in the Warsaw Ghetto. Seksztajn did not survive the war, but her paintings did. Image by Courtesy of the Emanuel Ringelblum Jewish Historical Institute, Warsaw

In the summer of 1939, when I was 8 years old, a family friend brought me from Warsaw, Poland, to join my parents, who were in the United States on business. My parents had decided that it was no longer safe to return to the country where our family had lived for generations as members of the world’s largest Jewish community.

Weeks later, the Nazis invaded Poland, sealed its borders and later forced nearly half a million Jews into a ghetto comprising less than 5% of the area of the city. Few survived the war.

Amid the misery and terror of life under the Nazi occupation, there remained a hope that someday a new Jewish Poland would emerge. Even as ghetto fighters were secretly storing weapons, other Jews were quietly recording the details of daily life for the edification and inspiration of future generations of Polish Jews that would surely follow.

One of them was Gela Seksztajn, an artist. Her husband, Izrael Lichtensztejn, buried 300 of her precious watercolors and pen-and-ink sketches in a metal can in hopes that they would be found after the war. In her last will and testament, dated August 1, 1942, Seksztajn wrote, “I give my works to a Jewish museum to be built in the future to revive prewar Jewish cultural life….”

Remarkably, though Seksztajn did not survive the war, her bequest did and was unearthed in September 1946 to become part of Warsaw’s Emanuel Ringelblum Archive at the Jewish Historical Institute, the world’s largest collection of Polish Jewish Holocaust documents.

Even more astonishing, Seksztajn’s prescient statement about a future museum is now becoming a reality. On April 19, the doors to the Museum of the History of the Polish Jews will open in a public preview.

The opening comes on the 70th anniversary of the Warsaw Ghetto uprising, the first armed civilian resistance in Nazi-occupied Europe. While Seksztajn fought with her brushes to preserve the memory of a time and a people, others fought with crude weapons to stave off their own destruction. Jewish fighters, with next to no outside assistance, defied the Nazi occupiers for 28 days and are memorialized by Nathan Rapoport’s world-famous monument on the ground where the ghetto once stood.

The new museum appropriately faces the monument, placing the story of the uprising’s heroes in the context of the 1,000 years of Jewish civilization in a Poland that the Nazis sought — but ultimately failed — to destroy. This victory against overwhelming odds underlies the museum’s mission: not to present how Jews died, but to chronicle how they lived over the centuries; to acknowledge the past while looking toward the future.

With the development of the museum, we are restoring our connection to an incredibly rich and productive history that continues to affect world Jewry in countless ways. It was in Poland that major Jewish movements in religious life and secular culture were born and had blossomed, from Hasidim and the Haskala to Modern Hebrew and Yiddish literature. Politically, both the Bund and Zionism were set up largely by Polish Jews, and flourished among them. Many of the leaders who were to create the new state of Israel were born in Poland, including Menachem Begin, David Ben-Gurion and Shimon Peres.

Yet this formative and critical chapter in our narrative is rarely taught. It is as if our people’s 3,500-year history was condensed to the biblical era, the Holocaust and the modern State of Israel, leaving a huge void in our collective knowledge and in our sense of Jewish identity. Filling that void is an essential function of the museum.

The museum’s creation also holds major significance for the Polish nation. Once Poland overthrew communist rule and embraced democracy in 1989, the possibility arose for all Poles, Jews and non-Jews to find or reshape their identity within a truly free democratic republic. Perhaps most important, the 1,000 years of Jewish life in greater Poland chronicles the history, culture, philosophy and values that have shaped, and that today underlie, Western culture.

As part of this effort, national and local governments have participated with private philanthropy — including my own family foundation — in the museum’s creation. It has been an honor to be part of the unprecedented public-private partnership that has worked tirelessly for a decade to build this landmark institution. Seventy years after the Warsaw Ghetto uprising, the museum symbolizes the Jewish future that Gela Seksztajn, the resistance fighters and others courageously envisioned.

This year’s unveiling, and the grand opening in 2014, are the fulfillment of a multitude of dreams for Jews and Poles, yet only the beginning of what this will mean for humanity. A shining symbol of the new democratic Poland, the museum represents the rebirth of awareness — by the Polish people, by the vibrant Jewish community in Poland today and by Jews everywhere — that the light of Jewish civilization the Nazis sought to extinguish continues to illuminate the world.

Tad Taube is chairman of Taube Philanthropies and president of the Koret Foundation, both major funders of Warsaw’s new museum. He is also an honorary consul for the Republic of Poland in the San Francisco Bay Area.