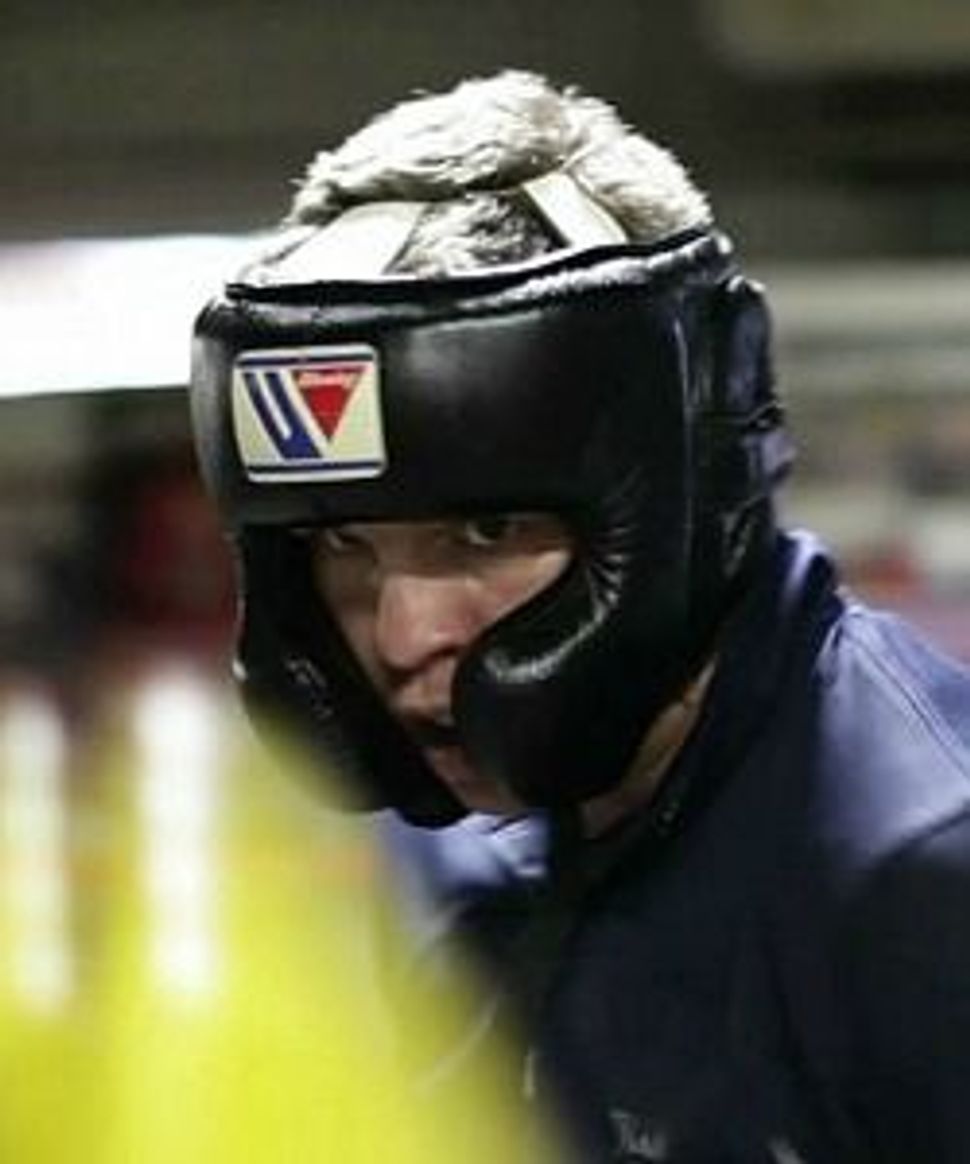 Yuri Foreman, the rabbi-in-training who doubles as a boxer, was dreaming big after winning the latest fight in his comeback trail.

He wants to be the next Jewish champ.

“In the 20’s, 30’s, and 40’s there were so many Jewish boxing champions, the best at that time, the strongest people,” he said. “So I am part of that legacy only a little couple decades later. I’m representing my people, Jewish people, and I want to be world champion again, since I was a kid.”

The visions of glory came after Foreman easily dispatched Gundrick King in a unanimous decision.

King in the end did not pose much of a challenge to Yuri Foreman. Significantly shorter and noticeably slower than Foreman, King just could not keep up with Foreman’s fluid motions in the ring. Foreman danced around King landing his punches with ease and after a relatively brisk six rounds Foreman had another victory by unanimous decision in his pocket.

Foreman, less tentative than his previous fight against Brandon Baue, displayed efficient speed in the fists and legs. Sans knee brace thanks to a new New York State rule prohibiting them in the ring, Foreman was clearly the better fighter. One’s only complaint could be that Foreman struggled somewhat in cutting off the angles in the ring so that he could catch King in the corners, otherwise Foreman fought an almost perfect fight.

King simply did not punch enough to warrant a defense or an offense. In the locker room, Foreman’s trainer summed up the match against King, “He’s a tough kid to hit. The kid didn’t want to engage, and Yuri was able to do his business [with him] regardless of that.”

When asked about Foreman’s next step, trainer Mark Puttenvink said that he would like to see Foreman fight for a belt this fall. Puttenvink floated the idea of Foreman fighting Ishe Smith for the IBF light middleweight title. With championships in the air, a local reporter from New Haven asked Foreman what it would mean to him to be world champion again.

Of course we could not resist asking Foreman if he would like for that championship fight to happen in Israel.

“There is always a chance.” Foreman said, “I don’t know how big is the chance.”