Mayor Anthony Weiner? It Could Happen. 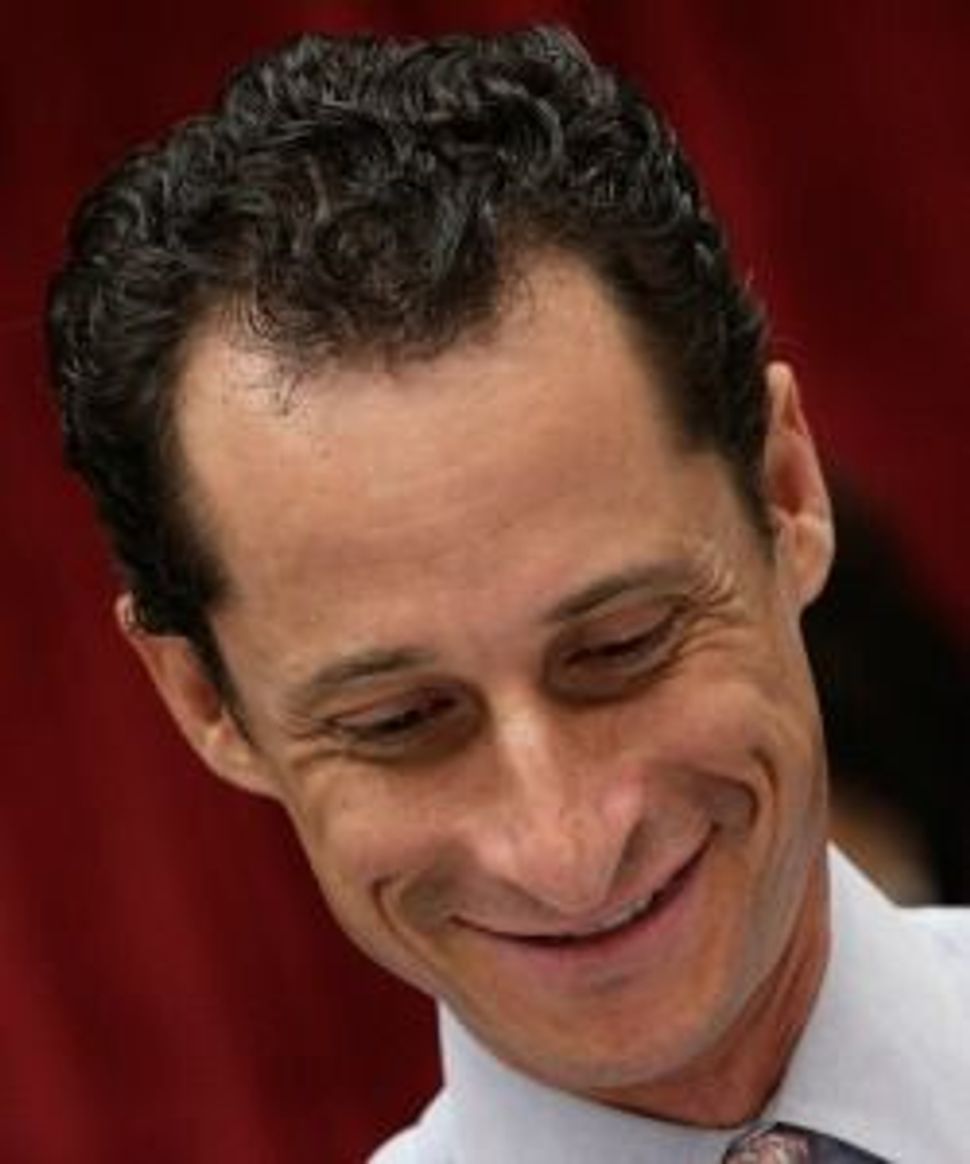 That could shake up allegiances among New York City’s political clans, including some city Jews. And analysts warned against betting against Weiner, given his potent resume and proven vote-winning prowess.

“Before his difficulties, before his personal troubles, he was going to be mayor,” said Michael Tobman, a New York City-based political consultant, alluding to the pervading sense prior to Weiner’s 2011 scandal that he was the frontrunner in the mayoral race.

Weiner ceded that leading spot in the Democratic field to City Council Speaker Christine Quinn. In a race without any Jewish candidates, Quinn and the progressive Public Advocate Bill De Blasio have been contending for the city’s non-Orthodox Jewish votes.

Quinn’s strength is in Manhattan, where her City Council district is located. De Blasio, who previously represented parts of Brooklyn in the City Council, has built support in Brooklyn and Queens.

“Weiner makes trouble for Public Advocate De Blasio and Speaker Quinn,” said Hank Sheinkopf, another New York City political consultant. “He’s got the right name and a history in the outer boroughs, in places where the bulk of the Jews live.”

Others said that it’s definitely De Blasio who has the most to lose.

“Weiner’s unlikely to break into Quinn’s base of support in Manhattan, as much as he is likely break into the votes that are ostensibly up for grabs in Brooklyn and Queens,” said another New York Democratic consultant.

While non-Orthodox voters may still be up for grabs, one political consultant said that it may be too late for Weiner to win ultra-Orthodox support. Orthodox leaders and activists have already committed to candidates, particularly De Blasio and Thompson.

“I don’t see how he comes in and carves out his slice” among the Orthodox, said Ezra Friedlander, CEO of the Friedlander Group, a political consultancy, who backs Quinn in the race. “At this late stage of the mayors race, it’s too late to solicit support when its already been pledged elsewhere.”

Few of the experts thought that Weiner’s mildly sordid scandal, in which he admitted to sending explicit photographs of himself to women he met online, would inhibit voters from backing him.

“The Orthodox community in particular is a very forgiving community,” said Friedlander. “Atonement and forgiveness is a part of our DNA.”

What remains to be seen, perhaps, is whether voters can be reminded of the progressive halo he once wore.

Weiner was a rising star of the liberal wing of the Democratic Party during the health care debate in 2011, and seemed capable of competing for votes across a wide spectrum of voters, Jewish and non-Jewish, in Manhattan and in outer boroughs.

“Let’s not forget, this is the guy during the [health care reform] debate who was on [the Rachel Maddow Show] every night,” Tobman said.

Mayor Anthony Weiner? It Could Happen.