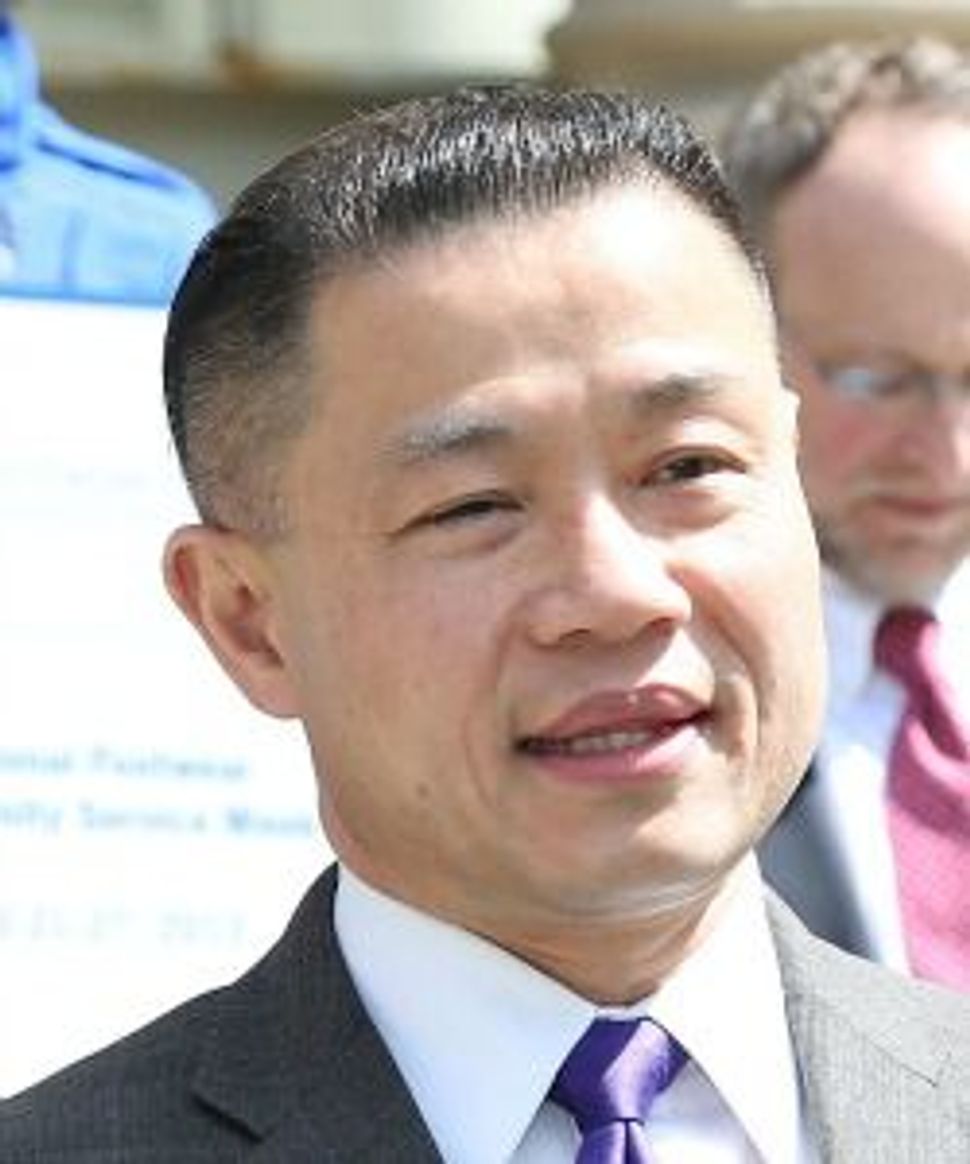 The regulations, championed by Mayor Michael Bloomberg, were imposed this January in response to reports of babies contracting the herpes simplex virus during the ritual procedure.

Some Orthodox Jews see the consent forms a curb on their religious liberty. The have made their opposition to the forms an issue in the mayoral campaign, asking candidates to stake out positions on the regulations.

Liu has previously voiced support for the ritual, known as metzitzah b’peh. His remarks today, however, appear to amount to the first time he has been reported to explicitly oppose the consent forms.

“For thousands of years, this has been a practice that has been observed by people,” Liu said. “As with most procedures, some risk is inherent. But I would certainly defer to the rabbis on this as opposed to thinking that, well we know better after thousands of years of this practice.”

Asked specifically about the consent forms, Liu responded: “I’m not in support of the changes that Mayor Bloomberg made.”

Former City Comptroller Bill Thompson, a Democratic mayoral candidate who enjoys heavy support from ultra-Orthodox activists, has said that he is open to dialogue on the metzitzah b’peh issue, but stopped short of saying that he opposes the consent forms.

So far in 2013, the New York City Department of Health has informed the public of two instances of babies contracting herpes after undergoing metzitzah b’peh in New York City.