Do We Have Lag B’Omer All Wrong? 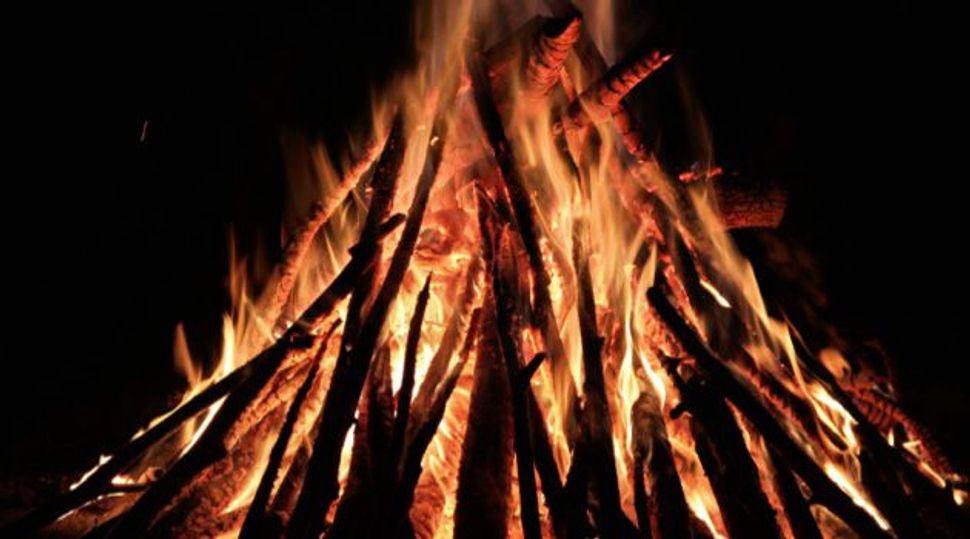 Burning Bright: Bonfires are a traditional symbol of Lag B?Omer. But do we have the holiday all wrong? Image by Thinkstock

On April 28, Jews will light bonfires and celebrate Lag B’Omer, the 33rd day of the counting of the Omer. For many, Lag B’Omer is a joyous respite from the customary mourning between Passover and Shavuot. But neither the festivities of the day, nor the sobriety of the seven weeks, have their origins in any of Judaism’s authoritative texts. How did the most joyous time of year for the Jews become such a lachrymose period?

Both the mourning rituals and Lag B’Omer seemingly commemorate events surrounding the second-century sage Rabbi Akiva. As the Vilna Babylonian Talmud recounts, “Rabbi Akiva had 12,000 pairs of disciples and they all died between Pesach and Atzeret [Shavuot] because they didn’t treat each other with respect.” Today, Jews mourn for the deaths of these students and celebrate the day on which they stopped dying.

The story of the deaths was later amended by the ammoraim, the early Jewish scholars who taught from 200 C.E. to 500 C.E. They claimed that the students died “from Pesach to Atzeret [Shavuot]” and were afflicted with a plague or with diphtheria. The narrative thus became infused with a moralistic teaching. We would expect the Talmud to expound on the mourning customs; strangely, it does not. In fact, the Talmud says nothing about commemorating the deaths.

In order to understand the story’s unusual aspects, such as the large number of students and their harsh punishment, we must situate it against a backdrop of messianic politics and persecution. From 132 C.E. to 135 C.E., Shimon Ben Kosiba, also known as Shimon Bar Kokhba, led a revolt against the Romans. Akiva believed that Bar Kokhba would prove to be the Messiah, and in the early stages of the war it seemed that this might be the case. Indeed, the Romans had been forced to retreat, and Bar Kokhba ruled Israel for two years. It was the first significant victory since the destruction of the Second Temple, in 70 C.E.

Two events might have precipitated the rebellion: first, the decision of the ruler, Hadrian, to rebuild the Temple, dedicate it to Jupiter and transform it into a Roman holy place, and second, Hadrian’s ban on genital mutilation, which included Jewish circumcision. Clearly, the students weren’t Akiva’s classroom pupils, but soldiers fighting religious and national persecution.

In later generations, Babylonian Jews temporarily lost some of the historical facts surrounding the story, although they were aware of the tradition of the Rabbi Akiva. In the tenth century, Rav Sherira HaGaon, the leader of the Babylonian Talmudic Academy of Pumbedita, explained that the students did not die in a plague, but in a “shamda,” a government-sponsored persecution. Shamda appears in the Spanish versions of Yevamot 62b. The corruption of the French versions explains the inconsistencies. Given that Rav Sherira HaGaon was the most authoritative of the Talmudic Academy’s heads, and was closer to the sources, his explanation is more consistent with Talmudic accounts.

The recasting of the students as soldiers still does not answer the question of why Jews mourn, since Tisha B’Av was legislated as the official day of national mourning. Interestingly, the custom most associated with mourning — not marrying — might have been adopted from the Romans. During Lemuralia, the Roman month of May, Romans believed that the ghosts of the dead returned to disturb the living. The Romans did not marry, for fear of jeopardizing their happiness. This superstition subsequently migrated to France and Germany. Within Jewish communities, the practice can be traced to the ninth century, but it was not widespread until the 12th century, and never became universal.

If Akiva’s students never died from a plague, then the end of a plague cannot justify the existence of Lag B’Omer, despite claims to the contrary. Even when the duration of the plague and its end date are cast into doubt, rabbis have clung to the number 33 for other reasons: as the symbol of the weekdays during the Omer, as the total possible days of mourning after subtracting the number of holidays, etc. Roman tradition seems to offer the most compelling explanation: After 32 days of mourning, the Romans celebrated on the 33rd day by marrying.

Until the 17th century, no evidence suggests that Jews celebrated Lag B’Omer. None of the rabbis who advocated quasi-mourning suggested that it could be interrupted. Only with the followers of Isaac Luria, the father of Lurianic Kabbalah, did the day become one of celebration in honor of the death of Shimon Bar Yochai, whom many (but not all) observant Jews believe wrote the Kabbalah. Not only was the attribution of his death to this day a historical misprint, but there is also no precedent in Jewish history for fetishizing a death. The holiday has since been criticized by some rabbis for its meaninglessness.

Rather than clinging to a relatively recent and impoverished innovation, it is time to reclaim the period of redemption between Passover and Shavuot as one of joy and not sorrow. Lag B’Omer, a mirage with no halachic tradition, whose only purpose is to temporarily alleviate self-imposed stringencies, contradicts the real spirit of the counting of the Omer. We may continue the practice of refraining from marriage during the seven weeks — not because we are mourning, but because of the long-standing tradition of giving joyous occasions our undivided attention.

Shayna Zamkanei is a doctoral candidate in political science at the University of Chicago and has worked for think tanks in North America and the Middle East.

Do We Have Lag B’Omer All Wrong?