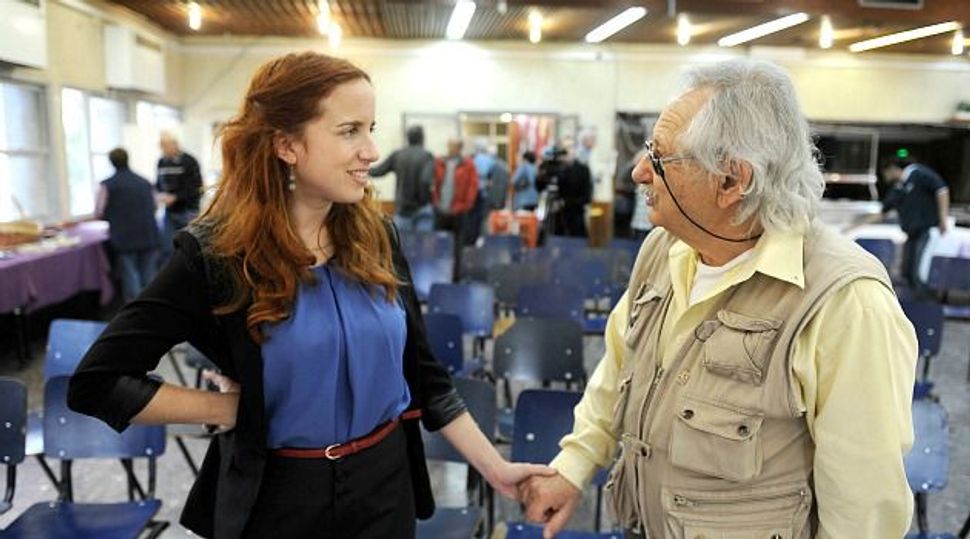 A year after the eruption of the 2011 social protest in Israel, and just before the 2013 election campaign, we — a small group of the protest leaders — decided to embark on a cross-country journey to learn what had changed during the intervening months, and to find out how Israelis would like the protest movement to expand and remain active.

We traveled from Eilat to Safed. We met high school and yeshiva students; we passed through retirement homes; we visited kibbutzim that were successful in preserving their communal character and kibbutzim that were not; we spoke with Arab students and with ultra-Orthodox Jewish teachers, and we asked everyone the same question: Should the social protest movement find a way into institutional politics?

The available role models for these young people never looked less impressive. A former president serving a jail sentence, a former prime minister and minister of foreign affairs with ongoing trials, and a large number of civil servants accused of sexual offenses, corruption or plain opportunism. The basic contract between the state and its citizens was so utterly shattered that in many places these youth decided that their form of protest will simply be not to participate.

When I decided to run for office, I dreamed of being a bridge between the thousands who shouted “The people demand social justice” and politicians, budgets and compromises. After a rather odd election campaign, we may not have the Knesset for which we prayed, but on the bright side it does include almost 50 new politicians, many of whom came from social and educational enterprises.

I have the great honor of being one of many politicians who knows that if we do not make our politics cleaner, more transparent and more participatory, they will continue to drive away excellent talent and distance sane voters, and, with time, our governing class will become smaller and more corrupt.

If there is one element that binds the young people who have protested against governments all over the world in recent years, it is an embrace of technology. Unlike our parents, we learned freedom through our fingers.

The Internet taught us that all knowledge should be exposed and that we can contact every person on earth. On the Internet, we could shout louder than ever before, we could cooperate honestly and truly with people whom we otherwise never would have met and we could share revolutionary ideas on how to advance human society.

The gap between the wonderful free world we built online and what we were faced with in reality — these empty governments, detached leaders, day after day of political spins and lies — created much of the frustration that led us to the streets.

These same tools of protest are the ones we need to build new politics today. Just like we built the street movements that demanded social justice, we can build more orderly and reliable politics that will become a proper model for imitation and will attract the best people. The first thing I did when I entered the Knesset was to establish the social justice lobby — a lobby that organizes public parliaments across the country and invites citizens to suggest work plans on which they vote.

From a more personal angle, in order to present a transparent and open front, I publicly displayed my financial statements, including all my savings and debts. Many other Knesset members did as well, proving that, at least as far as the new Knesset members are concerned, we are not going to play the same old game; we have nothing to hide from the public who elected us.

Exposing personal information such as financial statements, or appointment schedules, is the easy part. Our mission is much larger.

We have to expose publicly the information that is deliberately kept out of public view. Information on what happens in the various parliamentary committees; on the activity and presence of lobbyists and interest groups in these committees; information on the composition of the state budget and the underlying forces that shape it. In short, everything that does not constitute a national safety threat and that the public needs to know in order to make informed choices.

We also need to be willing to have citizens take part in decision making. That’s another challenge. Here, too, there are different levels and numerous online and physical platforms. Israel is a small country, and relatively young in comparison to other Western states. Accordingly, its governmental institutions must prove that they are flexible and open to innovation.

President Obama’s breakthrough on this issue is undoubtedly very impressive, but the American system is too big and complex to fundamentally change in such a short time. The Israeli system, by comparison, is much simpler. It seems that it will be in Israel that we can spring forward much faster, at a pace that is more appropriate for technological developments.

Technologically based information and participatory channels must be developed through comprehensive collaboration between citizens and elected officials and between NGOs and institutional bodies. This is the only way to build the optimal bridges and wide sustainable pipelines between the public and civil servants they elected.

My hope is that by Israel’s next birthday, that it enjoys governmental institutions that are much more open, and that Israeli politics brings back its voters, mature and young and, maybe, for the first time in a long while, several more incorrigible optimists.

Stav Shafir is a member of the Knesset with the Labor Party.