Warren Buffett’s $2B Bet on Israel 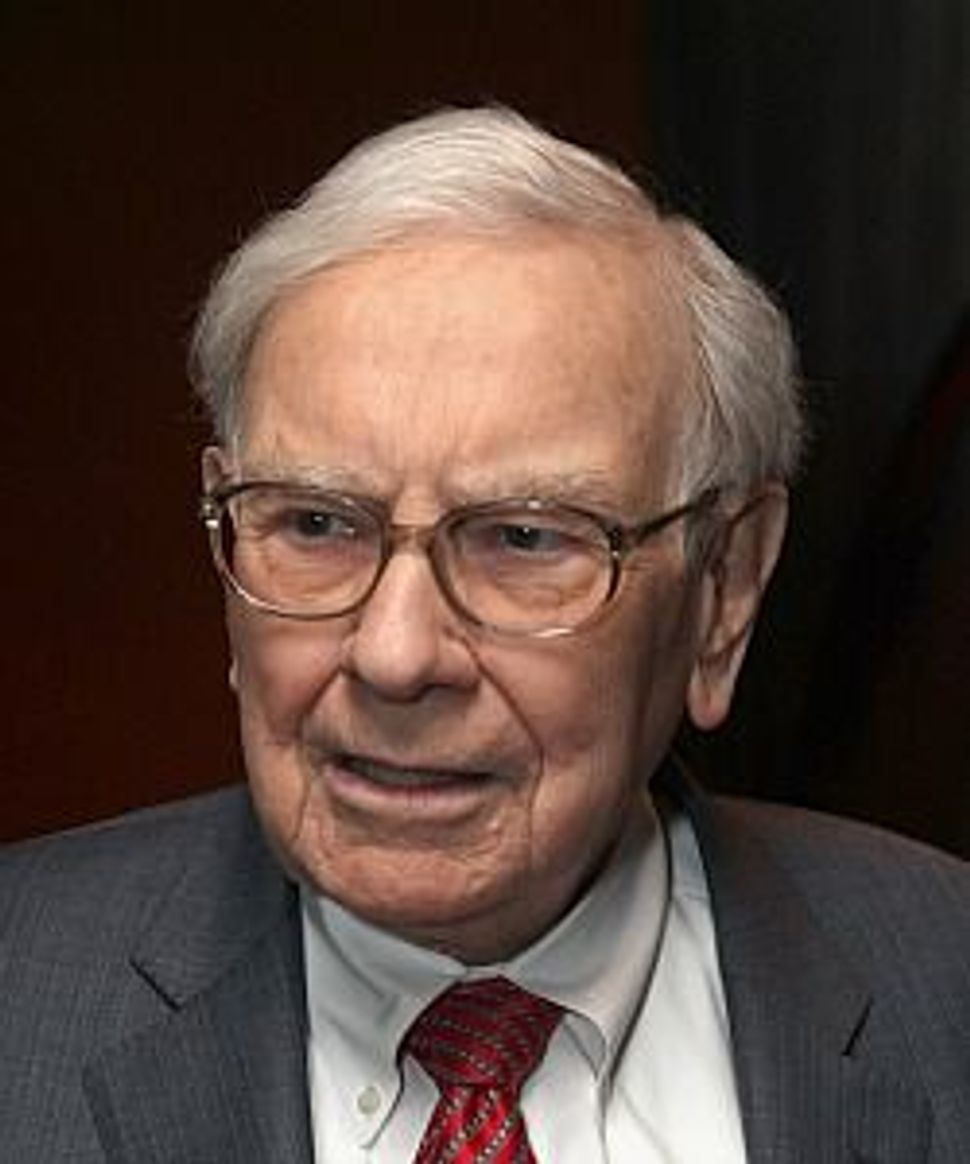 Warren Buffett, the famed investment Oracle of Omaha, is in love with the Israeli economy, or at least with one company.

On Wednesday, shortly after announcing his purchase of Israeli cutting tool maker Iscar for $2 billion, a move that would complete his takeover of the company, Buffett sat down with Israeli reporters at the modest corporate headquarters of Berkshire Hathaway investment company in Omaha, Nebraska.

Buffet made his first investment in Israel exactly seven years ago, buying 80% of the company’s shares for $4 billion. Seven years later, Iscar’s value has doubled in the remaining 20% ownership were sold for $2 billion, reflecting an estimated company value of $10 billion.

In back-to-back interviews with Israeli reporters, days before he holds the annual Berkshire Hathaway shareholder meeting followed closely by investors across the world, Buffett showered praise over his Israeli partners. Asked what he found most impressive in doing business in Israel, he said: “If I could take our managers from Israel and clone them I would feel very, very good,” he said. “They have brains, they have energy, they’re never satisfied with where they are today, they always think things can get done better and they don’t get discouraged when the world economy slows down, they just try harder.”

Eitan Wertheimer, Iscar’s chairman, recounted on Wednesday how during the second Lebanon war, in 2006, Buffett phoned every day to check on the plant, which, located in the Tefen industrial zone in the Upper Galilee, came under daily rocket attacks. Wertheimer and his father Stef, who founded Iscar, assured Buffett that the company will weather the storm and emerge stronger, as it did.

On Wedensday, Buffett stressed he had no doubts Israel is a safe place for international investors. “Obviously I know what the conditions were when I went in,” he said. “Israel is going to be around a lot longer than I might be around and the fate of the United States and Israel are linked. I did not worry any more about putting an investment in Israel than I would about the United States.”

Putting together Buffett’s initial $4 billion investment and his current $2 billion make Israel the leading country for Berkshire Hathaway investments outside the United States. Buffett made clear in the interviews that he does not seek to move the company outside of Israel or to replace its Israeli management.

The purchase, celebrated in Israel as an important sign of market attractiveness, also marks the end of the Wertheimer family’s control of one of Israel’s few industrial giants. Stef Wertheimer started Iscar as a small metal works shop in the costal town of Nahariya 60 years ago. Now, said his son Eitan, “it’s a bitter-sweet moment for us.”

Werthiemer, with another $2 billion in his pocket, said he intends to devote his time to the family’s philanthropic activities, which include assistance programs for students in need, including Arab and Haredi students seeking higher education. He noted that programs are directed mainly at Israel’s northern and southern peripheries.

Asked about the tough decisions facing Israel’s government and its new finance minister Yair Lapid, who now has to make steep budget cuts in order to address a growing deficit, Buffett would not go into specifics, but made clear he does not think raising corporate taxes will deter investors. “My general instinct always,” he added, “is not to cut things for the people who are struggling in life.”

Warren Buffett’s $2B Bet on Israel