Tough Roads Ahead for Two Men of Peace 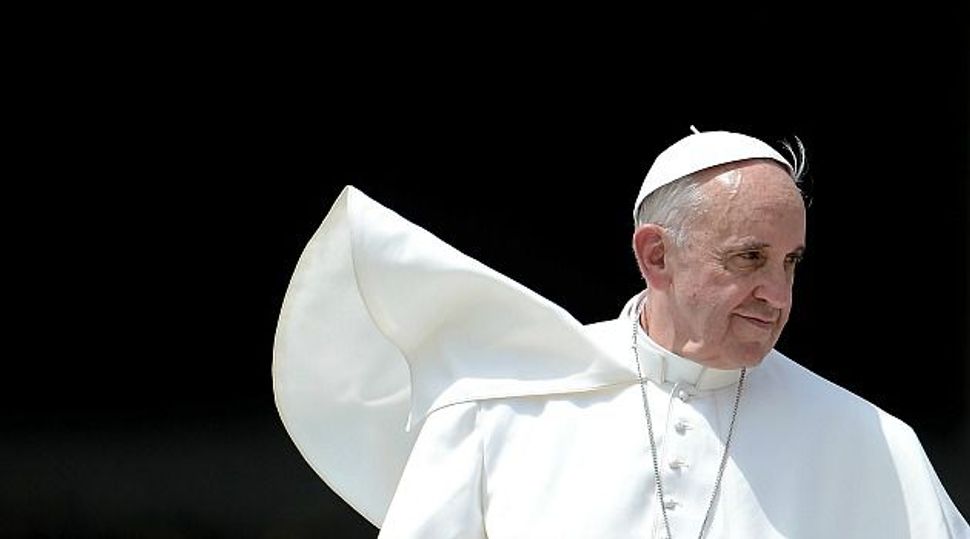 Difficult Jobs: Pope Francis is looking to bring together the faithful and non-believers. Secretary of State John Kerry is on a mission to restart Mideast peace talks. Neither task is simple. Image by Getty Images

Two men who have recently attained very high office now, each in his own domain, search for encounters. The encounters for which they search are quite different from one another, though both are surely commendable. Let us examine their quests.

First we have Pope Francis, who is in various ways proving to be a man of uncommon vision and decency. Here is just one illustration, from a talk this week on Vatican Radio in which the Pope spoke of the need to encounter one another on our common ground.

“The commandment for everyone to do good is, I think, a beautiful path towards peace. If we, each doing our own part, if we do good to others, if we meet there, doing good, and we go slowly, gently, little by little, we will create a culture of encounter. We need that so much. ‘But I don’t believe, Father, I am atheist!’ But do good; we will meet one another there.” It is in doing good that we will meet, that we will fulfill Creation’s destiny.

The faithful and the atheists, he said just two months ago, can be “precious allies…to defend the dignity of man, to build a peaceful coexistence between peoples and in the careful protection of creation.” Belonging to the Church turns out, in the Pope’s view, to be less important than belonging to each other.

Our Secretary of State, John Kerry, is also in search of encounter. He is a man of zeal, of passion and of conviction. But the encounter that is foremost on his agenda, the encounter of Israel and the Palestinians, remains elusive, his four recent trips to the region notwithstanding.

Often, he seems to me a lonely conductor, there on the podium on a stage that is empty of instrumentalists. Sometimes, when he leaves the stage for a recess, two clarinetists show up, one entering stage right, the other stage left. They are both virtuoso players, but they are playing different tunes, tunes that clash with each other. That is not the kind of encounter Kerry seeks to foster.

The kind of encounter Kerry seeks to foster is the kind of encounter that Prime Minister Benjamin Netanyahu seeks to avoid. Nor is he shy about the avoidance. Witness, for example, the retroactive legalization of four outpost settlements that happened just days ago, an outrageous slap in the face to Kerry and his efforts. The announcement of Israel’s intention came in the aftermath of a High Court hearing on a Peace Now petition demanding that six unauthorized West Bank outposts be demolished. In response, the government informed the high court of its intention to legalize four of them — Givat Assaf, Ma’aleh Rehavam, Givat HaRo’eh and Mitzpeh Lachish. These four are part of a larger list of 24 outposts built after March 2001 that former prime minister Ariel Sharon promised the United States he would remove.

Former prime minister Ehud Olmert repeated that pledge to the U.S. as did Prime Minister Netanyahu shortly after he took office in March 2009.

Hagit Ofran of Peace Now, Israel’s undisputed expert on West Bank settlement activities, has said that legalization of these four outposts also contradicts past Israeli promises not to create new settlements or expand existing ones.

Did Netanyahu blush when Kerry called him to chastise the decision? Doubtful; Netanyahu does not blush easily (if ever), else his face would be permanently discolored. Even the $127,000 bed he had installed on his flight to Margaret Thatcher’s funeral in London drew a response from his office that (a) Netanyahu was not aware the bed cost that much and (b) the prime minister was entitled to a good night’s sleep. (The flight from Tel Aviv to London is five hours long.)

The Jerusalem Post reports that two other airlines, Israir and Arkia, could have been used for the flight and could have run the flight at a far cheaper cost (around $300,000 versus the $427,000 cost of the flight using El Al), but were eliminated from any real chance as they did not have sufficient space on board to accommodate a double bed. So no, the man is not a blusher. He has, however, announced that the double bed he favors will no longer be installed on short flights, leaving open the question of whether his trips to the United States will incur the extra expense.

Beds, shmeds: The issue is how far Netanyahu thinks he can play Kerry, and how far Kerry will allow himself to be played. On that issue, there is nothing tangible, nor even anything promising, to report. Not yet.

Tough Roads Ahead for Two Men of Peace