How the Forward Got it Right 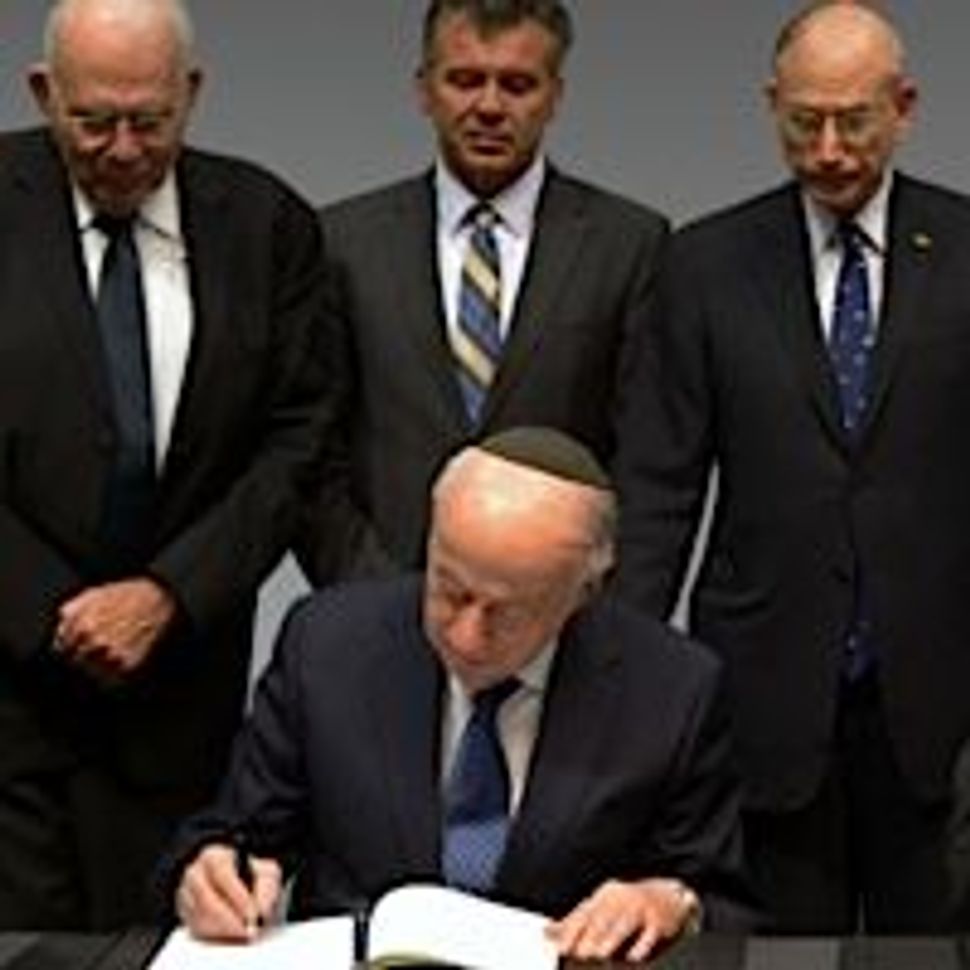 Julius Berman, chairman of the Conference on Jewish Material Claims Against Germany, penned an 11-page letter to his board. Image by Getty Images

Julius Berman, chairman of the Conference on Jewish Material Claims Against Germany, has responded to criticism of his leadership in an 11-page letter sent May 30 to members of his board. In the letter, he lashes out at media coverage and communal leaders who have questioned his handling of a 2001 letter that could have stopped a multi-million fraud at the organization eight years before federal authorities finally were brought in to investigate.

Berman singles out the Forward’s coverage for criticism in several instances. Unfortunately, his assertions are just plain wrong.

He writes that in 2001, when allegations of the fraud first came to the attention of Claims Conference officials, his role was confined to that of pro bono counsel. His obligations included attending one meeting a year and, possibly, receiving “a rare call for advice from time to time but that would be kept to a minimum.” He further asserts, accurately, that he did not become chair of the Claims Conference board until April 2002.

But, as our Paul Berger has reported, in addition to serving as counsel in 2001, Berman was a board member who served that year on two important and relevant committees: the Control (or audit) Committee and the Executive Committee. This information came from the Claims Conference’s 2001 annual report, but is omitted from Berman’s letter to the board.

Berman also contends that the Forward did not publish his response to criticism by Isi Leibler, a former World Jewish Congress official, that the Claims Conference board was unaccountable and irresponsible. In fact, Berman’s response was published in the print edition dated May 24 and online May 9. Here is an excerpt:

“In an interview with the Forward, Berman rejected Leibler’s charges. Leibler, he said, was just looking for a scapegoat for the fraud. Far from being a ‘bunch of nebbishes,’ the Claims Conference board, which is comprised of representatives from more than 20 organization…is independent and beholden to no one, said Berman.”

Berman opens his letter by recounting a call from a senior member of the board who told him “in no uncertain terms” that he, Berman, has ignored his responsibility to the Claims Conference Board. The Forward is clearly just articulating (or uncovering) problems that have existed for a long time at the heart of this enormously important enterprise.

How the Forward Got it Right