More Than Memory of Jews in Macedonia 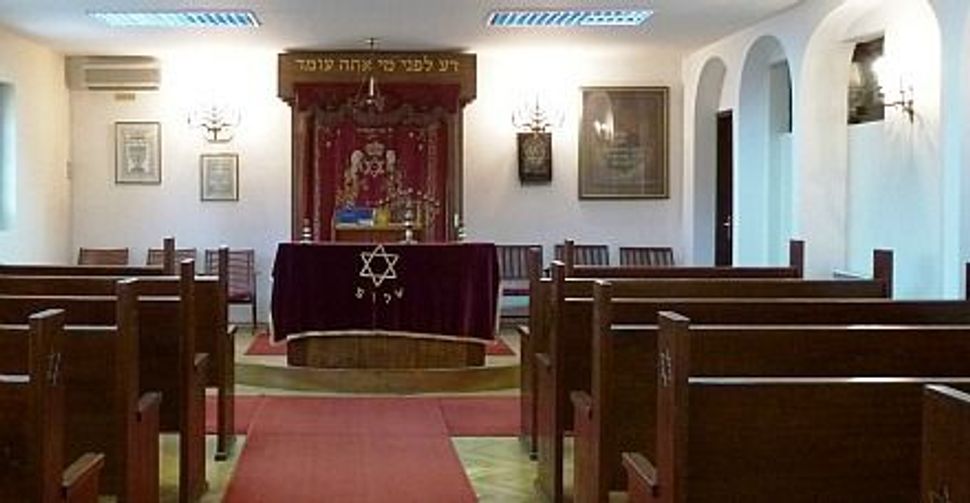 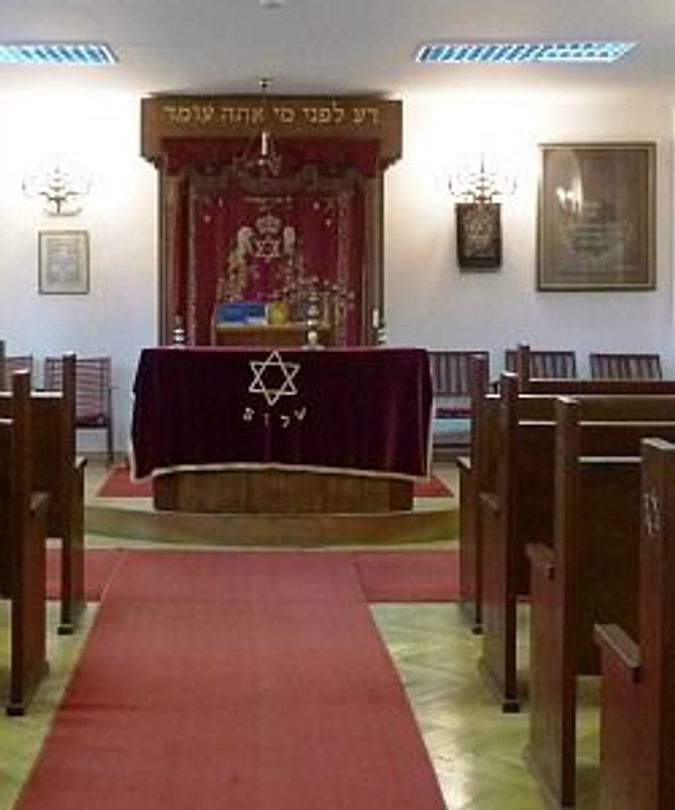 The synagogue in Skopje serves a community of just over 100 Jews. Image by liam hoare

The nationalistic Macedonian government has been throwing money at the capital city in an attempt at beautification, since 80% of Skopje was destroyed by an earthquake in 1963 and had been refashioned in the communistic style with wide avenues and high-rise concrete apartment blocks.

The new chosen style, however, is a decidedly kitsch and neo-classical one — colonnades, colossal statues, and a triumphal arch — making for a disjointed and somewhat vulgar finish.

But across from the bronze sculpture of Philip II of Macedon, and set back from the river behind the Museum of the Macedonian Struggle, is the Holocaust Memorial Center for the Jews of Macedonia.

Right in the centre of Skopje, this dedicated museum inaugurated in 2011 remains the only one of its type in the Balkans, and with its prominent location it places the story of Macedonian Jewry at the heart of the history of the city and the nation.

There has been a Jewish presence in Macedonia since the Roman imperial period, but mass settlement commenced during the 16th century, a consequence of the exodus of Sephardic Jews from the Iberian Peninsula after 1492. Arriving in Greece and Salonika in particular, Jewish populations made home in large urban centres throughout the Balkans, including Sofia, Belgrade, Sarajevo, and Split. In Macedonia, Jewish life centred on Bitola in the south, as well as Shtip and Skopje.

Under the rule of the Ottomans, Macedonian Jews had a kind of tolerated, second-class citizenship and were able to live by their own laws. During this period, the Ottoman Empire stuck in a form of slow economic and territorial decline and thus Jews remained poor and working-class, scratching a living as merchants, artisans, traders, doctors, pharmacists, or in religious services. Ladino was the language of the Jewish quarter, though only the men educated in Jewish schools from the ages of 5 until 13 were able to read it.

The status of Jews only changed towards the end of the nineteenth century. Revolutionary was the work of the Alliance Israélite Universelle, which founded modern Jewish schools in Bitola and Skopje. These institutions gave instruction in a comprehensive education to boys and girls, including French, math, science.

Macedonian Jews also became involved in political movements, including the Young Turk Revolution and also Zionism, which gained in strength after the First World War and the diminution of Ottomanized Sephardic Jewish life. During the 1930s, 490 Yugoslav Jews made aliya, almost all of them from Bitola.

This period of enlightenment, education, and debate was in many ways the zenith of Jewish life in Macedonia, as the following years witnessed its near-complete extinction.

Macedonia was occupied by Bulgaria in April 1941. First, Jews were denied citizenship, then drafted into labour battalions, and by 1942 were subject to anti-Jewish decrees including ghettoisation and the wearing of the yellow star. In response, some Jews including members of the Macedonian chapter of Hashomer Hatzair joined the resistance as partisans.

The culmination of the Bulgarian-German anti-Jewish campaign came on March 11, 1943, when the Jews of Bitola and Shtip were deported to Skopje, before all 7,200 Jews were rounded up and confined to the Monopol tobacco factory. On March 22, 7,144 of them were deported to Treblinka. At the time of Macedonia’s liberation in November 1944, out of the pre-occupation Jewish population of 8,000, only 350 survived the war and the Shoah.

Today, almost all of Macedonian Jewry – a community of around 250 – resides in Skopje, where Jewish life revolves around the modest community building which contains offices, space for social events, and a small synagogue which opened in 2000.

Jana Nichota, Secretary General of the Jewish Community in the Republic of Macedonia, explained to The Forward that the synagogue was funded by donations from Jewish organizations, individuals, and synagogues, as well as the Macedonian government. The community has also been aided by the restitution of monies and property lost during the Holocaust, a consequence of laws passed after the dissolution of Yugoslavia.

The problem at present, however, is that while the community has a synagogue, it does not have a rabbi. The previous rabbi, while residing in Israel for his studies, fell in love and elected to stay there with his new wife. This created a gap in community life, one which for the time being is filled by rabbis who visit Skopje from across the Balkans, from Belgrade, Sofia, and those other historic centres of Jewish existence in the region.

Yet in spite of the impact of aliya, the size of the community in Macedonia has in fact increased since independence in 1991. Ten years or so ago, there were only 110 to 120 Jews residing in Macedonia, but since then they have experienced a phenomenon of young couples having their first and second children all around the same time. Such is the case that now the community operates a Sunday school for two or three hours every week, giving the children of Skopje a broad Jewish cultural if not wholly religious education. A small community, then, is not synonymous with a dying one.

More Than Memory of Jews in Macedonia