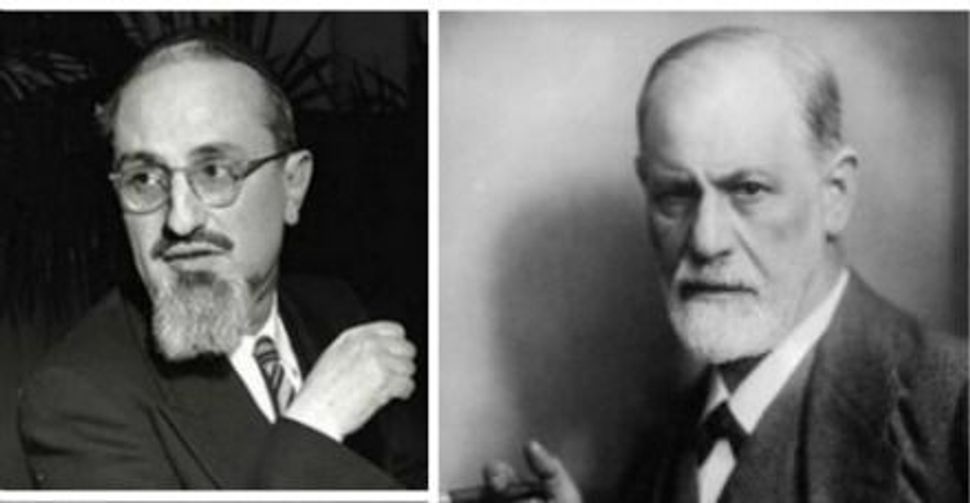 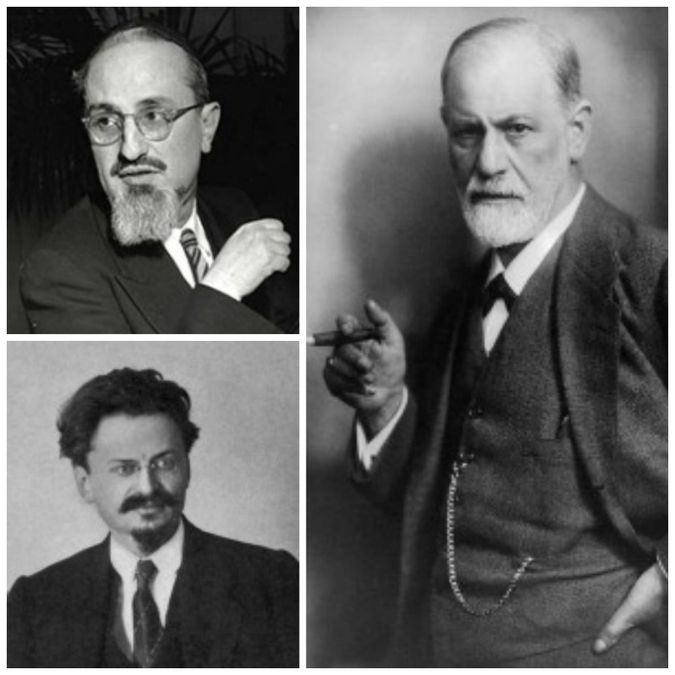 As Father’s Day approaches, I thought it would be fun to visit with three modern Jewish patriarchs. Here are some remarkable bits of tape with voices (one is sound-and-video) from the past that sort of embody the arc of contemporary Jewish thought.

Hat tip to Seton Hall theologian and ethicist Rabbi Alan Brill, who got me thinking about this by posting a remarkable clip of Sigmund Freud on his Kavvanah blog. It’s from a December 1938 BBC interview with Sigmund Freud. Freud is heard describing the personal price price he paid for challenging contemporary mores with his theories about the subconscious and the you-know-what. It’s described as the only known recording of Freud’s voice. It’s not very easy to understand. I’ve copied Brill’s transcript of the talk after the jump.

Brill hears a resemblance between the voices of Dr. Freud and Rabbi Joseph B. Soloveitchik. Frankly, I don’t hear it. Here is the Soloveitchik clip that Brill directs us to (Brill’s own link is problematic), a lecture on Pidyon HaBen (redemption of the firstborn) and the unity of generations. Here is a clearer clip of Soloveitchik that I found on YouTube, a discussion of the power of prayer (with subtitles, which you’ll find helpful since the sound quality isn’t great).

On the other hand, Freud had a certain Jewish contemporary who sounded astonishingly like him, not just in voice, accent and delivery but also in the thrust of his message: my opponents persecute me because they’re threatened by my revolutionary ideas. That’s right — I’m talking about Leon Trotsky.

I started my professional activity as a neurologist trying to bring relief to my neurotic patients. Under the influence of an older friend and by my own efforts, I discovered some important new facts about the unconscious in psychic life, the role of instinctual urges, and so on. Out of these findings grew a new science, psychoanalysis, a part of psychology, and a new method of treatment of the neuroses. I had to pay heavily for this bit of good luck. People did not believe in my facts and thought my theories unsavory. Resistance was strong and unrelenting. In the end I succeeded in acquiring pupils and building up an International Psychoanalytic Association. But the struggle is not yet over. Sigmund Freud