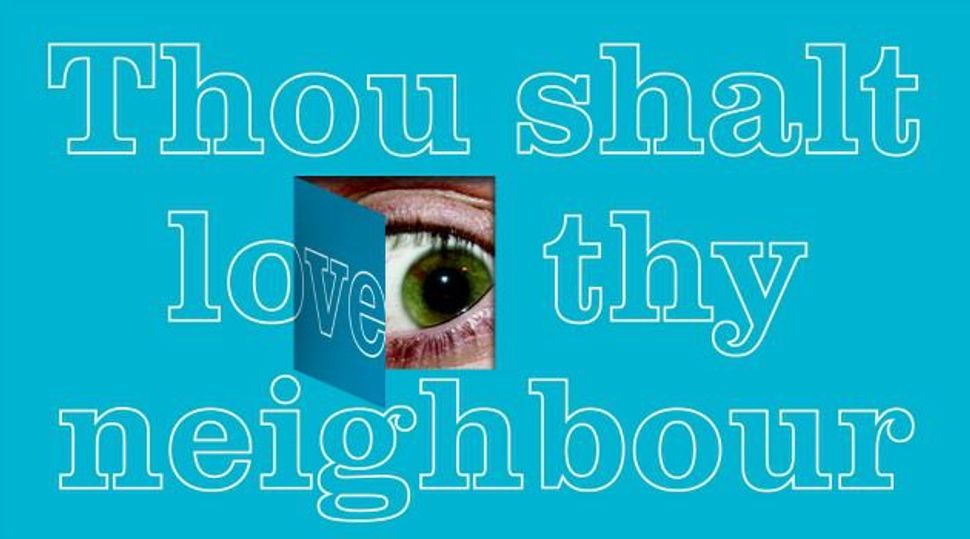 As we now know, the National Security Agency has been engaged, for at least six years now, in massive surveillance of electronic communications in order to locate and apprehend terrorists. Opponents say that this is a case of the government spying on millions of innocent people without their knowledge, while those in favor say that the motive is to prevent a repeat of 9/11 and that saving lives takes precedence over privacy. What can Jewish law and tradition teach us about this ethical dilemma?

Rabbeinu Gershom Me’Or Hagolah (960–1028) is the reputed author of a series of haramot — literally, excommunications —governing various aspects of Jewish life. One of the haramot frequently attributed to him says, “One should not read his friend’s letter,” and some versions add, “without his knowledge and without his permission.” Indeed, until today some observant Jews write hdr”g , an abbreviation of “Herem d’Rabbeinu Gershom,” on the outside of their letters.

The original reason for this herem, or censure, is not known. Historian Louis Finkelstein suggested that since letters in medieval times were usually sent through private messengers, the purpose was to prevent the messengers from reading one’s mail. Some rabbis say that it is forbidden because of talebearing (Leviticus 19:16), or the commandment to “love your neighbor as yourself,” or “what is hateful to you do not do unto others.” One could argue that this herem applies to email, as well.

Furthermore, there are sources that prohibit the disclosure of confidential information or require the permission of the person in question before that information may be revealed. Proverbs 11:13 says, “A base fellow gives away secrets, but a trustworthy soul keeps a confidence.” The Mishnah uses this verse to teach that judges are not permitted to reveal their deliberations after a verdict is reached.

Finally, we read in the Talmud: “How do we know that when a person tells something to his friend, the latter may not repeat it until the person says to him ‘Go and say’? As it is written: ‘And God spoke to [Moses] from the Tent of Meeting to say….’” This means that one may not reveal a confidence without the express permission of the confider. Thus, it appears that Jewish law and tradition would prohibit an Internet provider from revealing electronic communications without the express permission of the person in question.

Unlike a letter that is sealed, however, it is not clear that electronic communications are actually considered private. There is a halachic concept of umdena, or a common assumption. Rabbi Alfred Cohen suggests that today there is a common assumption that telephone calls, emails and text messages are accessed readily by others and that the users have tacitly forfeited their right to privacy.

And what mitzvah would allow the government to read our email? The mitzvah is that of pikuah nefesh, or saving a life, which takes precedence over the Sabbath, kashrut, Yom Kippur and almost all the mitzvot in the Torah. If pikuah nefesh takes precedence over biblical commandments, how much the more so does it take precedence over a rabbinic enactment from the Middle Ages?! If the NSA could have prevented the death of almost 3,000 innocent people on 9/11 via Internet surveillance, wouldn’t most people have been in favor of waiving the herem of Rabbeinu Gershom and allowing such surveillance?

Thus, as in many cases in Jewish law, there is no simple solution to this dilemma. Privacy is very important, but saving lives is even more important. If electronic surveillance saves lives and is also regulated by laws and the legal system, I believe that Jewish law would sanction such surveillance.

Rabbi David Golinkin is the president of the Schechter Institute of Jewish Studies in Jerusalem, where he is also a professor of Jewish law. The views expressed here are his own.