There Is No Death 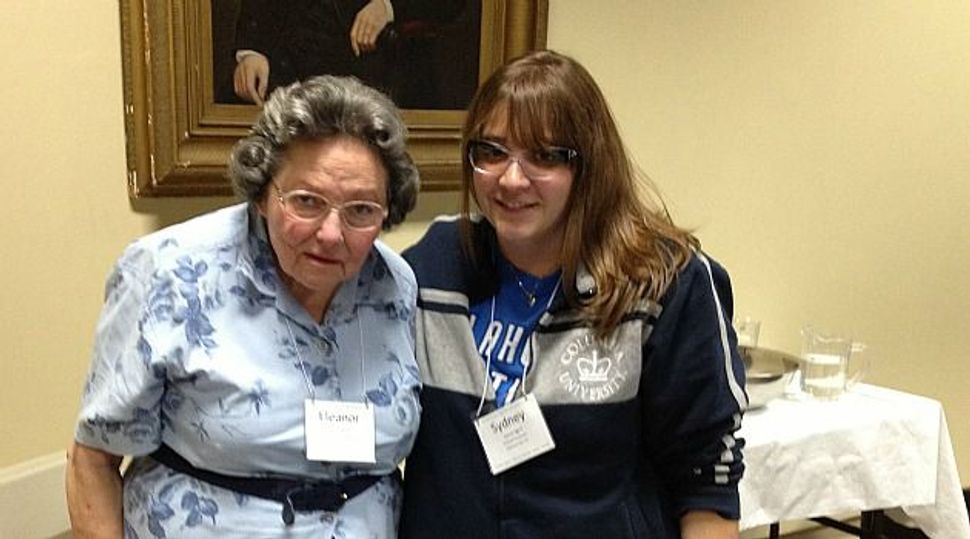 Consolation is on my mind, doubtless because just the other day I addressed a convention of a truly extraordinary organization called Kavod v’Nichum, Honor and Comfort. They’d gathered in Philadelphia, and because I once wrote some words expressing my awe at their devotion and their decency, they invited me to be with them. They are volunteers, not morticians, who specialize in taharah, the ritual washing of the body before burial. I cannot imagine myself doing taharah; projecting, I expected a sparse crowd, a couple of dozen at most. Instead, I encountered a hundred or so people — all ages, all genders — of whom, I was informed, at least 80 actually do taharah. In a world of chaos, disorder, indifference, they move towards holiness.

The Shabbat after Tisha B’Av is known as Shabbat Nachamu, the Shabbat of Consolation, for the haftarah on that day is from the book of Isaiah, who wrote “Be comforted, be comforted, my people.” Because of its timing, just after the day that commemorates the destruction of the first Temple and also the second, it is a ritual expression of the determination to move from darkness to light.

When considering consolation, my favorite passage is not, however, Biblical. Instead, it come from Pasternak’s “Doctor Zhivago.” When the loved one of a friend dies, this is the message of condolence I send:

You are anxious about whether you will rise from the dead or not, but you have risen already — you rose from the dead when you were born and you didn’t notice it…. What happens to your consciousness? Your consciousness, yours, not anyone else’s. And now look. You in others are yourself, your soul. This is what you are. This is what your consciousness has breathed and lived on and enjoyed throughout your life. And what now? You have always been in others and you will remain in others. And what does it matter to you if later on it is called your memory? This will be you — the you that enters the future and becomes a part of it. And now one last point. There is nothing to worry about. There is no death.

I believe those words. I believe they express exactly what we mean when we say “may her memory be for a blessing.”

The more common challenge is not what to write but what to say, finding the right words to speak during the embrace at a shiva call. I’ll never forget what most people, with the very best of intentions, said to me when they came to shiva after my daughter Nomi died. “Oh my,” they’d say, “this is the very worst thing a parent can ever experience.” The devil on my shoulder wanted to respond, “Really? Thank you for pointing that out, it hadn’t occurred to me.” The angel on my other shoulder intervened and caused me to sigh my agreement.

Yet once, the right words were spoken. A rabbi friend from New York was coming to Boston, where I live, to pay a shiva call. On the plane, he bumped into Rabbi Larry Kushner, whom I knew casually, and when he told Larry where he was going, Larry decided to tag along. I was receiving visitors, consolers, at my home in the morning, going to the shiva house — my daughter’s and her husband’s house — for the afternoon and evening gatherings. It being early in the day, the two rabbis came to me at home. And the first words that Larry Kushner spoke were, “Tell me about your daughter.”

I did, at much greater length than he’d likely anticipated, and the telling was wonderfully cathartic. It always is, even when the telling in the fourth or fifth time in the course of an evening. The remembering trumps the mourning, reminds us that Pasternak was right: There is no death. The loved one, now a memory, has entered the future and become part of it. And this moment is the beginning of that future; the house of mourning has become a house of remembering, as well.

I was jarred in Philadelphia when I chanced into a session on cemeteries and their management, with much talk of “product” and revenue streams. But that, too, is part of — you should forgive the expression — the burial industry, and the best of the funeral directors, those who refrain from trying to convince their clients that pine or poplar and muslin are insufficiently respectful, know and accept the choices people make.

May all of us live to a hundred and twenty. May all of us, when our time is up, be attended by folks as kind and as giving as the folks from Kavod v’Nichum.

There Is No Death