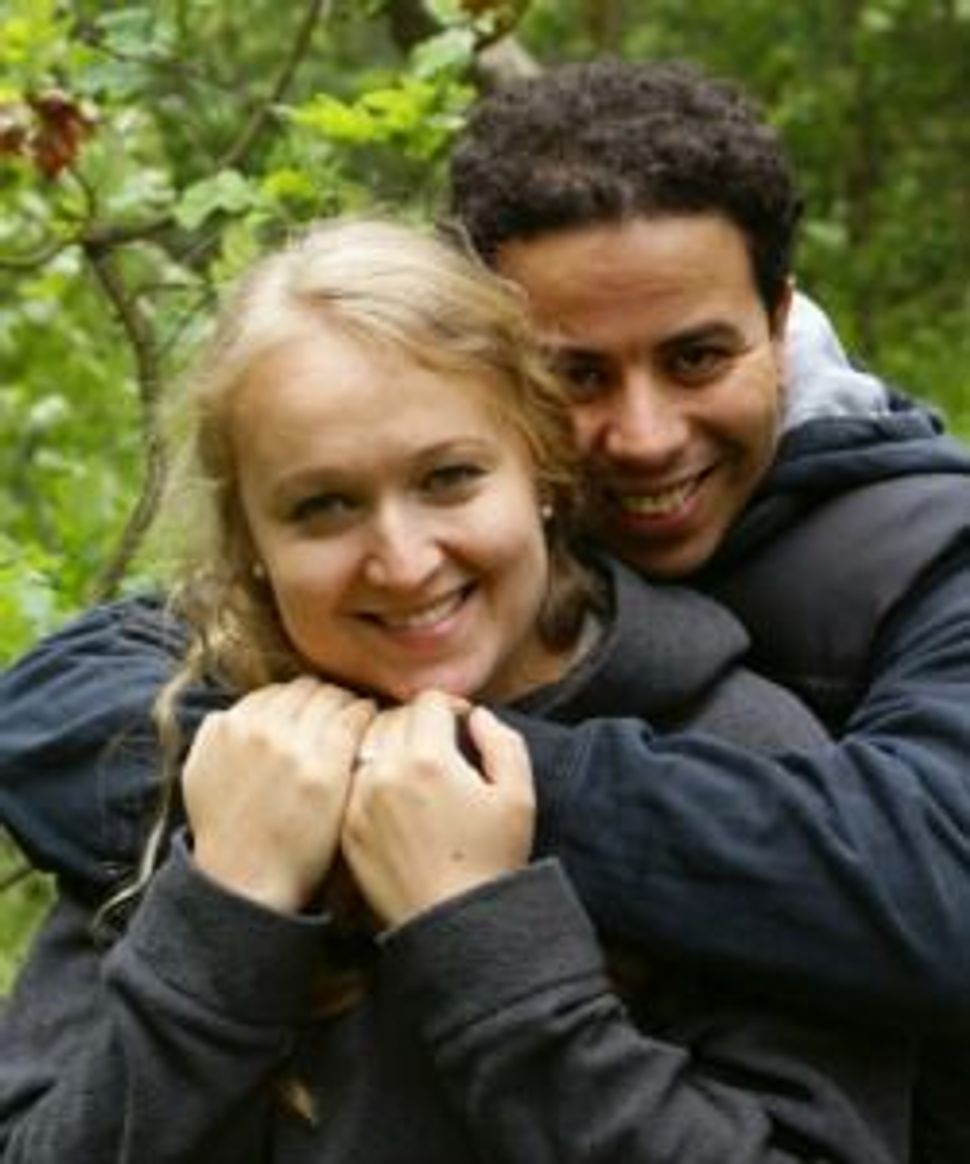 Intermarriage between Jews and non-Jews is in many ways symbolic of the American Jewish experience. While Jews are a tiny minority — just 2% of the population — America is home to the world’s largest and arguably its freest Jewish community.

Jewishness has ceased to be an obstacle to success as it was for much of Jewish history. Economic and social boundaries between American Jews and non-Jews are virtually nonexistent, Jews are welcome in nearly every school, business, or neighborhood, Jewish culture is admired and frequently imitated, and Jews are attractive as romantic and marital partners.

Many observers applaud the decreased intolerance that allows individuals from differing ethnic and religious heritages to befriend and marry each other. It seems likely that intermarriage is not only the result of this tolerance but also one of its major causes.

Even more extraordinary than the opportunities accorded American Jews is the fact that they currently enjoy these blessings without needing to submerge their ethnic and religious particularism. In multicultural America, Jews, like other ethnic and religious groups, are encouraged to celebrate their differences.

Jews today can feel both more Jewish and more American by exploring their distinctiveness. Significant numbers of American Jews are dynamically engaged by Jewish culture, history, and religious expression. Indeed, high levels of educational and occupational achievement are characteristic of many Americans with rich, multidimensional Jewish lives.

However, their are important issues that arise with increasing numbers of intermarriage. Intermarried Jews and their families are much less likely than inmarried families to be widely or deeply connected with Jews or Judaism.

American Jewish intermarried families are far from monolithic, including diverse backgrounds and attitudes. But they display a dramatic gender dimension, which is typical of other American minority groups: Intermarried Jewish women often aim to raise Jewish children. Intermarried Jewish men, in contrast, frequently articulate ambivalent feelings about religion in general and Judaism specifically — and about Jewish women. They are less likely to transmit Jewish religious culture to the next generation; their children are much less likely to receive Jewish education or identify as Jews when they reach adulthood.

Jewish communal organizations and institutions are overwhelmingly committed to welcoming these intermarried families in all their diversity, and to facilitating their connections to Jewish life. The conversation about this important issue will continue this week as the UJA-Federation of New York hosts a Forum on Engaging Interfaith Families that will explore challenges and opportunities related to that goal.

Sylvia Barack Fishman is professor of contemporary Jewish life at Brandeis University and author of “Double or Nothing: Jewish Families and Mixed Marriage.”