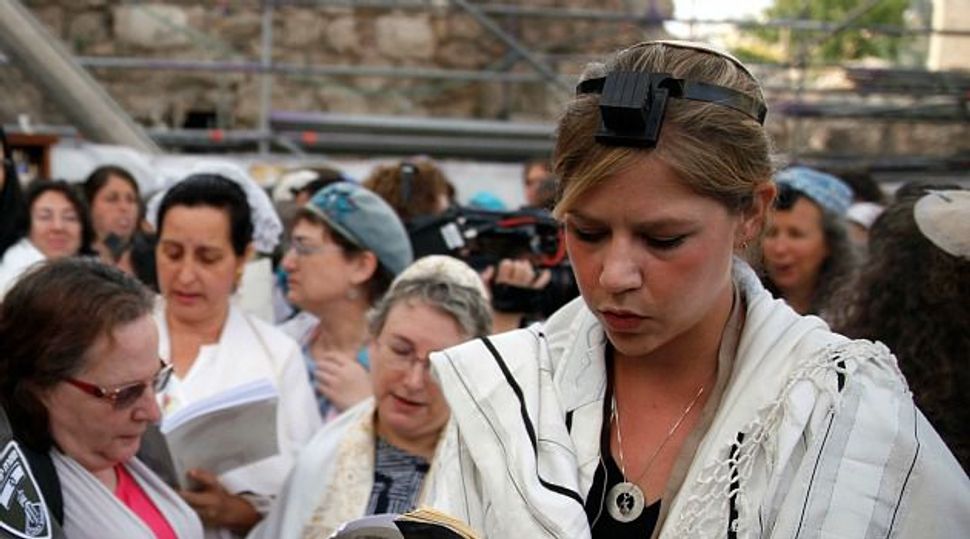 I am, in my religious behavior, somewhere between what Israelis would call a hiloni or “secular” Jew and a masorti or “traditional” one. My wife and I light candles on Shabbat, we celebrate the Jewish holidays with our children and grandchildren, and now and then, for one reason or another, I find myself in a synagogue. (Preferably, an Orthodox one. It’s the only kind I know how to pray in.) On the whole, though, the religious customs and rituals that I don’t observe vastly outnumber those that I do. And of course, I don’t bother going around with my head covered, as observant Jews do, unless it’s raining.

Why am I telling you this? Because in certain places — on a rare visit to the Western Wall in Jerusalem, for example — I’ll put on a kippah even though I resent having to do it. As a Jew and an Israeli, I feel that the Wall is as much mine as anyone else’s; being forced to place a round piece of fabric on my head, or the ridiculous cardboard substitute that’s handed to me if I’ve forgotten to bring one, irritates me.

Why do I have to meet religious standards that aren’t mine for the right to stand in a public place that resonates with my people’s history and that I respond to with genuine emotion?

Why am I telling you this? Because if someone were, improbably, to come to me and say, “Listen, next week there’s going to be a demonstration of bare-headed Jewish men at the Wall; we’re going to pray and sing and keep coming back every month until our rights are recognized — and we’d like you to join us,” I’d politely tell him to get lost.

First, though, I might say: “What kind of stupidity is that? I don’t like having to wear a kippah at the Wall any more than you do. But we have the whole world to go around bareheaded in — why insist on doing it in the one place where it’s going to offend the sensibilities of hundreds or thousands of people and perhaps even cause a riot? If you need to go to the Wall, just cover your head and don’t indulge in childish provocations.”

The Women of the Wall, as they’re called, are childish provocateurs. They have all of Israel in which to pray with tefillin and tallitot. Doing it demonstratively at a site that is and always has been heavily frequented by observant Jews who find the spectacle of women in traditionally male ritual garb repugnant has nothing to do with religious freedom. It has nothing to do with any sane kind of feminism. It has nothing to do with rational political protest. It has to do only with the narcissism of thinking that one’s rights matter more than anyone else’s feelings or the public interest.

This is a narcissism that’s typical of our me-first age. An Orthodox Jew is hurt by how I behave in his presence? That’s his problem. (If he were black, gay or transsexual, of course, it would be very much my problem — but that’s another story.) Large numbers of Jews coming to pray at the Wall have their experience spoiled by me? That’s their problem. I’m besmirching an Israeli government that’s simply trying to keep the peace by portraying it throughout the world as reactionary and misogynist? That’s its problem. I have my rights! And indeed, the Women of the Wall do have their rights, because Israel’s Supreme Court has ruled that there’s no legal hindrance to their singing and dancing at the Wall in tallitot and tefillin all they want. In democratic countries, we all have our rights. I have the right to stand with a group of evangelicals outside a Catholic Church during Sunday mass and sing Baptist hymns. I have the right to make insulting remarks to a woman walking in my ultra-Orthodox neighborhood with bare arms. I have the right to publish a dumb cartoon making fun of the Prophet Muhammad in a country with millions of Muslims. These rights are important. The police and courts should protect them. But does that mean I have to flaunt every one of them?

The Women of the Wall believe that the cause of Judaism can be advanced by abolishing all traditional Jewish gender distinctions. Many Jews agree with them. Many (of whom I happen to be one) do not. The argument is a legitimate one, but the Western Wall should not be its venue. It isn’t, despite what many American Jews seem to think, Selma or Montgomery. No woman who tries to turn it into that can really care about it as much as she pretends to.