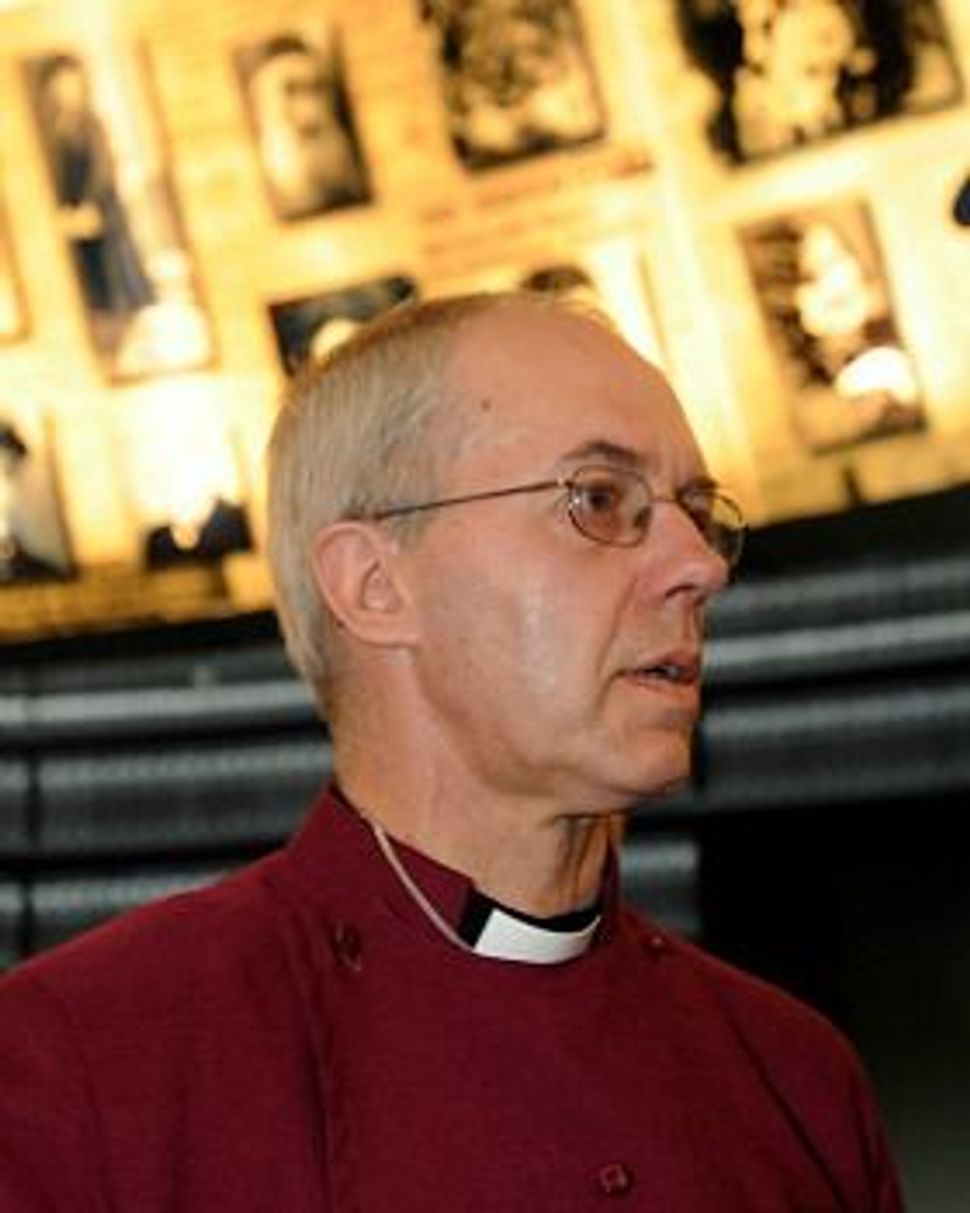 Justin Welby, the Archbishop of Canterbury, is half-Jewish. Image by getty images

There was an unusual moment at Yad Vashem today. As virtually all foreign dignitaries do, the head of the Anglican church went to Yad Vashem during his visit to Jerusalem. And there, he encountered his own Jewish heritage in a stark and poignant way.

As Archbishop of Canterbury, enthroned in March, Justin Welby leads the Church of England and the Anglican Communion worldwide. He also happens to be half-Jewish — his father was born Jewish.

The staff of Yad Vashem had dug out a Page of Testimony and archival information regarding a young Holocaust victim who was most one of his distant relatives. When he entered the Hall of Names, where the Pages of Testimony of Jewish victims of the Holocaust are housed, they gave it to him.

The Archbishop was visibly moved — he had tears in his eyes, and asked to be alone for a few moments before continuing his tour. The fact that he was there with his wife Caroline and son Peter added to the personal weight of the moment.

On a lighter side, Welby’s Jewish heritage makes him eligible to immigrate to Israel under the Law of Return. It’s clear that he has a soft spot for Jerusalem — he revealed today that he was here on honeymoon 33 years ago. So perhaps he could stick around. Quick Nefesh B’Nefesh — catch him before he leaves.