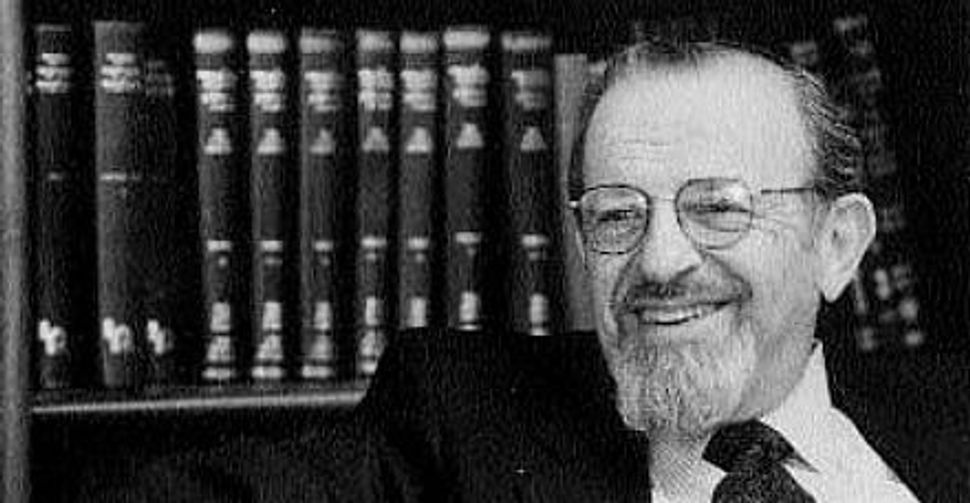 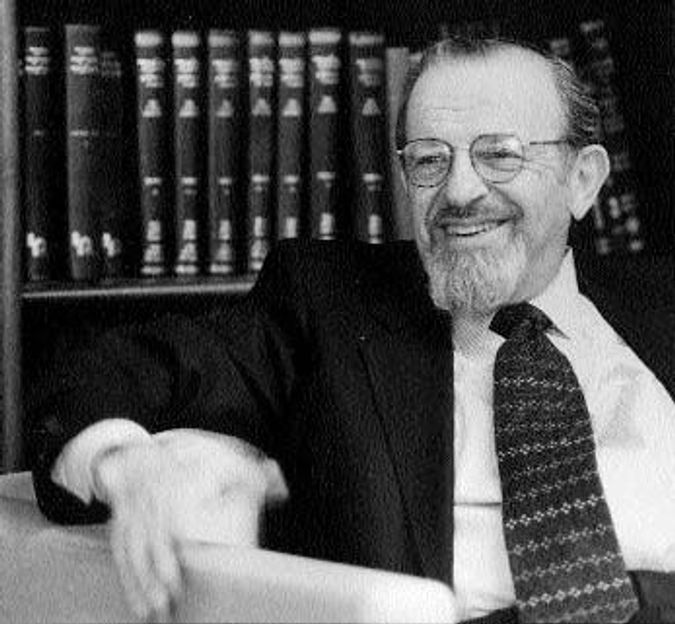 Among the people who enter our lives, enrich our minds and inspire our hearts are at times those we barely, if at all, know personally. Rabbi Dr. Norman Lamm, who has just announced his retirement as chancellor of Yeshiva University after a remarkably distinguished career, has for decades played such a role in my life.

His scholarship inspired me during my very first year of graduate school, when I read his path-breaking book on the thought of the Rabbi Hayyim of Volozhin, Torah Lishmah. Hayyim of Volozhin was the most important disciple of the Gaon of Vilna and his writings and, even more so, the great yeshiva he established in the Belorussian town of Volozhin shaped the faction within Orthodox Judaism known as the Mitnagdim, who opposed the Hasidic movement.

Lamm’s work had a lasting impact, ultimately leading me to choose the Mitnagdim as the focus of my doctoral dissertation and subsequent book on the subject. And yet, I never studied at Yeshiva University, nor had I yet met, or even laid eyes on, Rabbi Lamm.

Over the subsequent years, Lamm’s essays and books on the ideology of Modern Orthodoxy — embodied in the motto Torah u-Mada (Torah and science, or secular knowledge) were largely responsible for allowing me to remain within the Orthodox camp, despite my increasing struggles with the increasingly right-leaning, insular and intolerant tendencies of Orthodox Judaism that ultimately led to my own break with it. I still had never met this magnificent man, and uncommonly eloquent spokesman for a truly modern iteration of traditional, halakhic Judaism.

Decades after my first encounter with his work, I came to review for this newspaper, Lamm’s rich and erudite English anthology of Hasidic texts, “The Religious Thought of Hasidism.” The review was generally positive, but was not without some firm criticisms. Several weeks after the review appeared, I received a hand-written note that Rabbi Lamm mailed to me, in which he thanked me for the review, and especially for my critical observations about the book’s shortcomings.

By that time I had published reviews of well over fifty books, but this was the first time I received a letter from any of their authors. At the end of his letter, Rabbi Lamm provided me with his personal number, asking me to call so that I could come visit with him for a conversation about Hasidim, Mitnagdim and, more generally, as he put it “the current state of Yiddishkeyt.”

Lamm was at the time one of the busiest and most productive rabbis in the world and president of Yeshiva University, which he was in the midst of saving from financial ruin. To my enduring regret, thinking that he had much more urgent matters to deal with, I never took him up on this incredibly generous offer. But the generosity of spirit and uncommon civility and warmth (especially rare in the academic world) of his letter earned him a special place in my heart.

And so it was with a broken heart that I read the two paragraphs in his beautiful and inspiring letter of resignation that addressed what he ever so humbly confessed were his shortcomings and errors in confronting the problem of sexual abuse at Yeshiva University during his presidency. It is truly tragic that after a lifetime of devotion to Yeshiva — an institution he not only saved but guided so sagaciously and set on more solid ground than anyone could have imagined was possible when he began his presidency — Rabbi Lamm’s retirement from his position as chancellor took place under the black cloud of errors of judgment that took place more than three decades ago.

It also strikes me as terribly unfair that many have judged Rabbi Lamm harshly for his response to a very serious problem during a period long before the world gained understanding of just how dangerous, damaging and endemic sexual abuse is in both religious and educational institutions, from the Catholic Church to Penn State. To condemn Rabbi Lamm retrospectively based on how much we today have come, slowly and painfully, to understand about the gravity, and widespread nature, of this abuse, has always struck me as both unreasonable and undeserved.

Rabbi Lamm has for more than a half century been the finest model of scholarship, dignity, moderation and humanity, and should be honored for his immesurable contributions not only to centrist Orthodox Judaism, but to the Jewish world as a whole. Now 85 years old and in failing health, he deserves so much better than the negative press which has befallen him in his waning years. As the Hebrew blessing goes, “Yirbu Kamohu be-Yisrael”: May there be many more like him in Israel. Sadly, it is very unlikely that there will.

Allan Nadler is Professor of Religious Studies at Drew University. On leave from Drew this year, he is currently Visiting Professor of Jewish Studies at McGill University and Rabbi of Congregation Beth El in Montreal