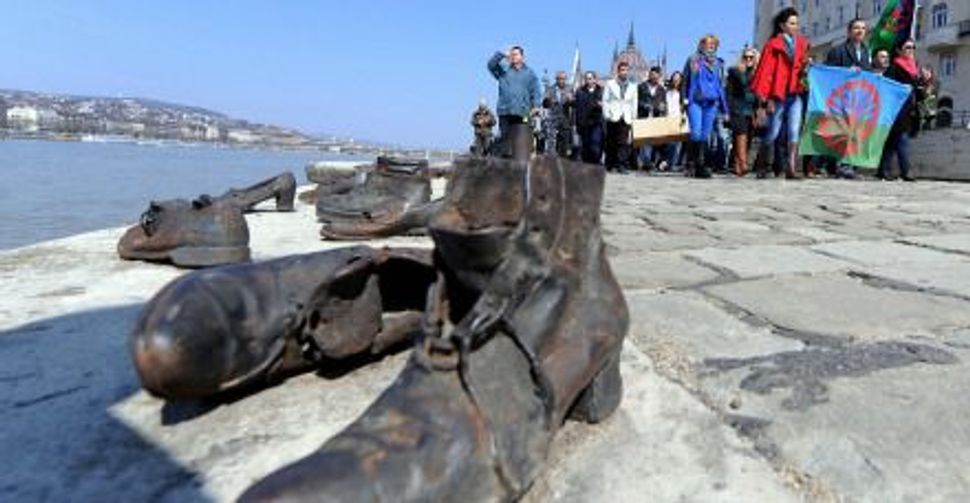 Progressive laws and generous benefits have long made Canada a haven for refugees. But the Conservative government of Prime Minister Stephen Harper has been raising the drawbridge with laws that strip new immigrants of health-care benefits – and restrict immigration from countries that are supposedly “safe” to stay in.

Jewish leaders have formed an advocacy group to pressure Harper and his controversial Immigration Minister, Jason Kenney, to scrap the restrictive legislation, known as Bill C-31. Founding members of the Toronto-based Jewish Refugee Action Network include a who’s-who of Canadian Jewry in its ranks, including former Canadian Jewish Congress CEO Bernie Farber.

The laws result in part from the Harper government’s “bizarre” fixation on Roma refugees from Hungary, Farber told the Forward. “For reasons that remain a mystery to most people.” Kenney has repeatedly characterized many Roma refugees as “bogus”, according to news site Canadian Dimension.

He also points out that Jews have a vested interest in speaking out against injustice and stereotypes.

“I’m the son of Holocaust survivors,” Farber said. “What I’m hearing are similar drumbeats to what it was like for Jews trying to come to North America in the early 20th century – that they’re thieves, they’re going to bring down the economy. The same language once used to describe Jews is being used to describe the Roma. And we felt real need to stand up and as my late father used to say ‘open a mouth’.”

Access to health care is the primary issue in the crosshairs because Harper’s team believes benefits are important drawing cards north of the border. Once, refugees were guaranteed the same health care as other Canadians. Now they receive “the barest minimum,: with no access to sspecialist care or other extras, Farber said.

“That, to us, is unfathomable. It’s unimaginable,” Farber said. “It’s not acceptable in a free and democratic society.”

The new laws designate certain countries as “safe”, meaning visa applications from those countries would get rejected virtually as a matter of course. Hungary is one of them, despite rising anti-Semitic and right-wing violence. That means Jews as well as Roma could wind up suffering across-the-board rejections of requests for refugee status if the situation worsened.

“If the Jews of Hungary were to try and leave Hungary, they’d get caught up in same net as the Roma,” Farber said.

“Canada’s designation of Hungary as safe is a shameful slap in the face to Jewish communities everywhere,” she told the Forward in an e-mail. “We know that all major human rights organizations express concern about the human rights conditions in these countries. However the law designates them as safe, based on statistics of refusals, without regard to human rights. We stand alone in the world in so doing.”

People from “safe” countries can still make claim to refugee status, but can be deported while the court reviews their case making that right almost worthless, Silcoff explained.
With that in mind, J-RAN plans to lobby the Canadian people for a change.

“We will use a variety of methods to create awareness of the issues. We will let the government know that people do not support these draconian laws. This is not the Canada that we know and respect.”

Farber agreed that Bill C-31 has to go.

“We want the law repealed, rethought, rewritten. Our goal is to have government rethink its position,” he said. “We need a compassionate and progressive approach to refiugees in Canada.”