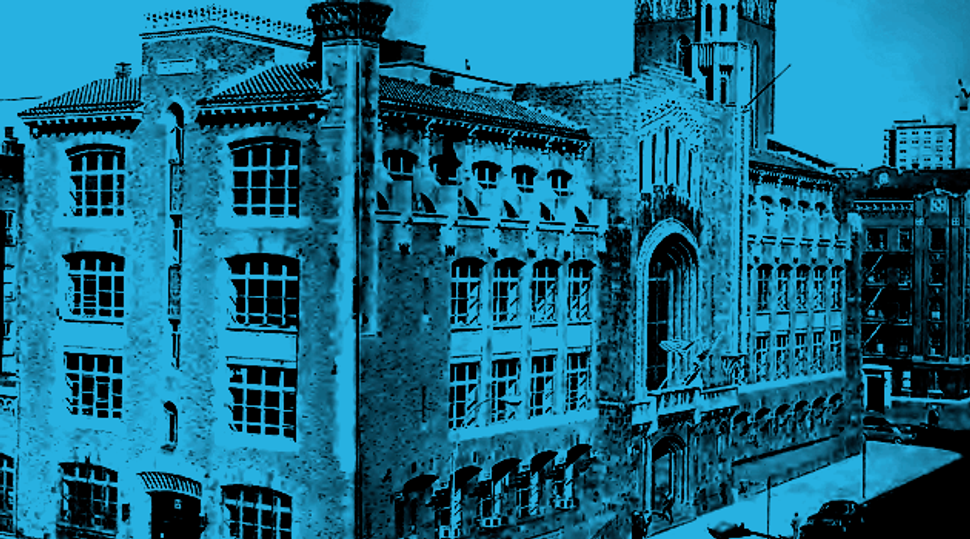 True character, the man wrote, requires the courage to admit that, despite one’s best intentions, “I now recognize that I was wrong.” Imagine if every leader had the strength and the humility to write those words and to believe them, to acknowledge a mistake plainly and publicly, without embellishment or justification. Imagine if leaders simply apologized and took full responsibility for their mistakes, not as a calculated step toward vindication and further advancement, but because it was the right thing to do.

Norman Lamm’s July 1 letter announcing his retirement as chancellor of Yeshiva University contained that heartfelt admission and, by doing so, added back some luster to a legacy sadly tarnished by the abuse scandal that occurred at Modern Orthodoxy’s flagship educational institution under his watch. Ever since the Forward broke the news that former staff members at Y.U.’s Manhattan High School for Boys sexually abused students, Lamm struck us as the most honest of the school’s leaders. His letter confirms that impression.

His humble words stand in stark contrast to the current leaderhip’s refusal to independently investigate the abuse charges and commit to publicly report the findings. Lamm’s admission cannot substitute for a full accounting by his successor.

It can and should, however, pave the way. In an interview with our Paul Berger last December, Lamm acknowledged that during his long tenure as Y.U. president (from 1976 to 2003), he knew of abuse allegations against members of his staff and concluded that it was best to let the abusers quietly leave instead of reporting them to the authorities. Both of the alleged abusers named by the Forward went on to work at other Jewish institutions in the United States and Israel for years, until the initial story was published. Y.U., meantime, under Lamm and successor Richard Joel, declined to respond to the pleas of student victims to address the abuse.

Now Lamm, who is 85, is repentant. “At the time that inappropriate actions by individuals at Yeshiva were brought to my attention, I acted in a way that I thought was correct, but which now seems ill conceived…. And when that happens — one must do teshuvah. So, I too must do teshuvah,” he wrote.

Contrast that with Joel’s public stance. He has declined all requests for interviews, refusing to say why he did not respond to students’ repeated requests for transparency and apologies. His administration created a page on its website where it promised “to keep the Yeshiva University community up to date on the ongoing independent investigation into allegations of past abuse.” The most recent entry is dated January 16.

And the independence of that investigation is open to question. It is being conducted by Sullivan & Cromwell, a firm in the employ of the university, with ties to the Joel administration; one of its partners serves on Y.U.’s pro bono General Counsel’s Council. Lisa Friel, a well-regarded sex abuse expert, is aiding in the investigation, but that hasn’t convinced many former students to cooperate, because, as they told the Forward, they can’t trust Y.U.’s motives.

Meantime, it is almost seven months since the Forward broke the story and Joel announced the probe, but there still is no word on when, or if, its results will be made public. Seven months — that’s almost as long as former FBI head Louis Freeh and his team took when they probed sexual abuse allegations at Penn State University. Only they conducted 430 interviews and analyzed more than 3.5 million e-mails and other documents during that time. Is the work really that onerous and time consuming at Y.U.?

Norman Lamm’s supporters, and they are legion, point to his myriad accomplishments, chief among them the fact that he essentially saved his beloved Yeshiva University from financial collape and guided it into its current status as a first-class educational institution. His prolific scholarship, unusual outreach within the Jewish world and compassionate leadership contributed to the high regard in which he is held.

But in service of those goals — principally, to preserve Y.U. — he overlooked the pain and suffering of his students at the hands of his staff. He admitted that to the Forward in December, an admission that many of his supporters sought to discount or ignore. Now he has admitted it to the world.

He has shown us all how to make amends. “We must never be so committed to justifying our past that we thereby threaten to destroy our future,” Lamm wrote. To truly honor his legacy, Richard Joel and Yeshiva University’s leadership need to heed his words.