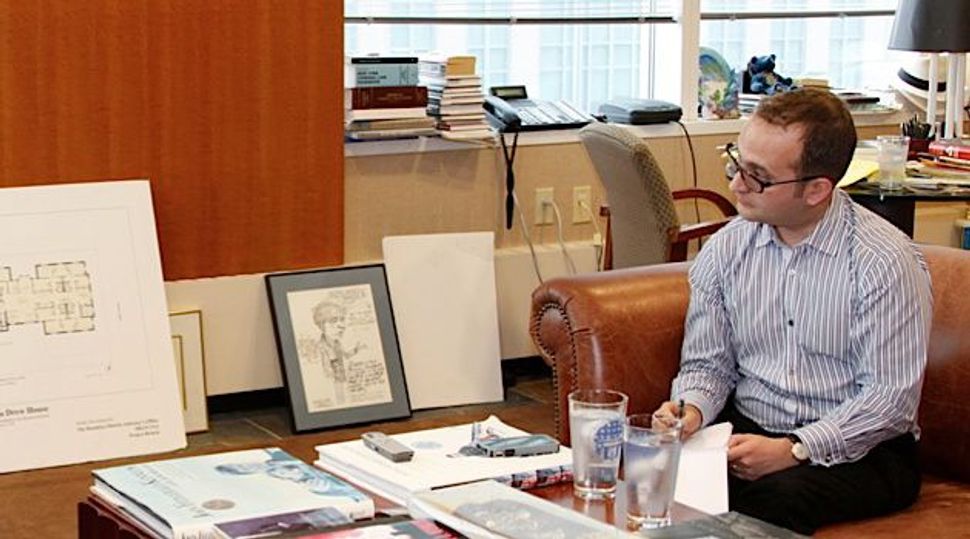 Last December, when Forward staff writer Paul Berger was immersed in reporting allegations of sexual abuse at Yeshiva University’s high school for boys, I could see firsthand the toll it took on him. Our newsroom had been displaced by Hurricane Sandy, and we were temporarily working in a massive, open space without offices or cubicles. Paul’s desk was a few spots down from mine. There, day after day, he fielded phone calls from grown men in their 50s and 60s who painfully related details of their abuse as students at the hands of two esteemed rabbis at Y.U.’s high school in Manhattan. The experience left Paul emotionally drained. It left me haunted.

It’s those haunting voices that I have kept uppermost in my mind as we published story after story of abuse that went unchecked for years. True, much of it happened decades ago, a point our critics like to make when seeking to minimize the importance of this work. But to the former students — and there are too many of them — the suffering continues, exacerbated by the relative silence from officials of Y.U., the flagship educational institution of Orthodox Judaism in America.

I write this just days after 19 of those former students filed a $380 million lawsuit against Y.U. accusing administrators and teachers of covering up decades of sexual and physical abuse. Y.U. declined to respond to the pending litigation, which poses a distinct legal challenge since the statute of limitations for these kinds of claims ran out long ago. Whatever the outcome, however, the disturbing facts are now laid bare. And the attorney filing the suit credited the Forward’s reporting, without which the individual victims would never have known that they were not alone.

As one of those men wrote to me, it was “an historic day. And although the outcome is far from certain, I would like to thank you and the Forward, again, for your sensitivity, dedication, perseverance and courage in every aspect of your coverage.”

This was a great vindication of our work, but believe me when I say we take no pleasure in it. We cringe at exposing this kind of behavior. Just as we paused to deeply consider the consequence of reporting on mismanagement at the Jewish organization tasked with allocating restitution to Holocaust survivors. That story also came to a head at the same time, with a committee report calling for a “comprehensive restructure” of the embattled Conference on Jewish Material Claims Against Germany.

The investigation that led to the committee’s recommendation was prompted by our story that Claims Conference officials failed to heed an anonymous 2001 letter alleging fraud against key personnel in the organization’s New York office. By the time officials finally discovered the scheme eight years later, $57 million had been defrauded from two Holocaust funds.

As in: $57 million intended for needy Holocaust survivors went instead to people who did not qualify for restitution. And those in charge could have stopped the scheme eight years earlier.

Without our reporting, the public would never have known about these stories of the abuse of power and trust. We do this kind of accountability journalism on behalf of those who suffered from these abuses. The Jewish community deserves to hear their voices and we thank our readers and supporters for enabling us to publish their stories.