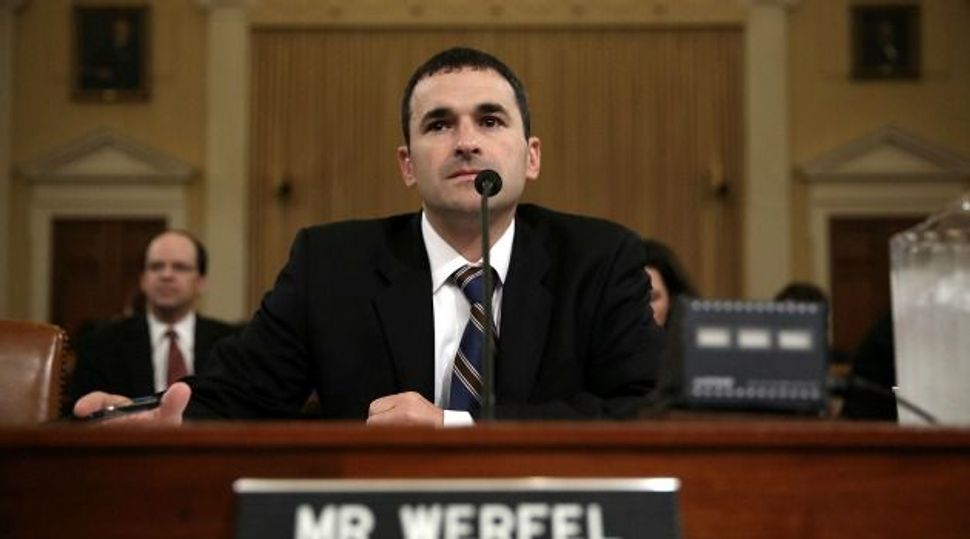 Of all the things we’ve learned about the Internal Revenue Service these past few weeks, the most amazing item is this: The IRS has a highly attenuated sense for the proper place for God in our lives.

Just listen in on a telephone conversation from 2012: An IRS agent named Sherry Wan is telling the head of a Texas pregnancy counseling group what kinds of activities are allowed and not allowed for a tax-exempt religious organization:

“Yeah, you have the religious freedom; the freedom of speech. And other people also have the civil rights; human rights. You cannot, you know, use your religious belief to tell other people you don’t have a belief, so I don’t believe you need the right to do this, start confrontation, protesting, uh, prot, uh, protest. [unintelligible] You don’t apply for tax exemption.” (The full transcript can be found at the website for Alliance Defending Freedom.)

This is an interesting interpretation of the definition of free speech, needless to say. The group, which would counsel women to not abort their unborn children, took its religious mission to heart by holding vigils and talking directly to women. Agent Wan warned the group that its tax exemption was at risk if it were to extend its activities beyond what the IRS deems “educational or religious.” Should the group engage in “confrontation” or in actions “against other groups or [that] devalue other groups,” the agent said, that would place the group’s tax status in danger.

A single agent, then, was deciding where to set the wall dividing church and state. By this standard, the activities of any church or synagogue — public prayer, social action, a vigil, handing out literature, running a shelter — are always and everywhere judged on a sliding scale of permissibility on the basis of “confrontation” versus “education.”

I would hate to see how an IRS agent, applying Wan’s test of non-confrontation and non-debasement of other faiths or belief systems, would view the Aleinu prayer, which explicitly denigrates the prayers of other faiths.

Or what would an IRS agent say to Chabad, whose members confront men on the street to perform the mitzvah of sitting in a sukkah, or laying tefillin?

Or what would an IRS agent say to a donor to Women of the Wall, whose activities can certainly be deemed confrontational?

These are not mere hypothetical questions — the decisions of the state can have outsized impacts on people of faith.

Every religion and religious group engages in confrontational activities. That’s the whole point of religion — to confront the world as we find it, and remake it as we believe God wants it to be. After all, tikkun olam does not mean to repair the Jewish world. It means repair the entire world.

To act politically, many liberal Jews believe, is to act religiously.

So it is not acceptable for liberal Jews to ignore what we now know about the IRS. The agency deliberately planned to slow or impede the applications and donations of tax-exempt organizations. Most of those were conservative; now we learn that some were also liberal. The IRS saw itself as the decider — what constitutes permissible private conscience and what constitutes non-permitted public action?

This scandal applies equally to all charities, especially religious ones. If the IRS can tell a religious group that its politically charged actions undermine its tax-exempt status, what’s to prevent the IRS from making the same judgments about Jewish liberal organizations?

Rather, we should rethink the artifice that leads us down this path of temptation: deductibility for charitable gifts.

One of the surest ways to weaken the wall between church and state is to give the state a veto over whether or not charitable gifts are tax deductible.

What if we simply removed any special tax status for any gifts to not-for-profit organizations of any kind — religious, cultural, medical, educational or political? Such a move, while painful to charities, would reduce the friction that now exists between church and state while simultaneously restoring charity to its proper role, as the purest expression of a holy community of conviction. And when the times call for it, a community of confrontation.