Menu
HomePrinces, Rabbis and the Danger of Dynasties
Image by getty images

A new prince was born this week, and two new chief rabbis were elected. One of them was my cousin.

The common denominator for all three? Dynasty.

Born into elite clubs, these very different individuals will serve according to some ancient human code of pedigree and privilege in which some people are worth more than others. Their roles may or may no longer have power, but their symbolism is still significant to many.

In London, the Windsors secured another heir, who will smile and wave, cut ribbons and make sure the tourist industry continues fueling an empire on which the sun has long since set.

In Jerusalem 150 people — mostly (orthodox) rabbis and including only 12 women — voted for Israel’s two chief rabbis. And though in theory the vote was about merit, this time it was also about bloodlines, politics and ugly deals that have done little to celebrate the sacred role of religion or rabbis in the public arena.

The new Ashkenazi chief, Rabbi David Lau — better known to me as Dudi — is the son of my uncle, the former chief rabbi Israel Lau. Rabbi Isaac Yosef is the new Sephardic leader — son of Ovadia Yosef, the leader of Shas and also a former chief rabbi.

This has been the most grubby race for rabbinic rule in recent history, if not ever, exposing this post for what it has become — a political slot. Its responsibility to give spiritual leadership for the entire people is long forgotten, living only in hollow words and gestures that few if any still believe.

It’s about power. And dynasties. And money. The call to split up religion and state just got louder.

I’m not saying there’s anything inherently wrong with dynastic rule — there is something to say for genetic proclivities. And my cousin is an eloquent speaker and a fine man, just like his father.

As a fringe member of the Lau clan, with rabbis in our blood going back more than 30 generations, I am open to the idea that somehow qualities are transmitted and leadership is continued, skipped around and maintained, regardless of nepotism.

But not at all costs — and not just because you happen to be born into this or that entitled tribe and can satisfy the whims of politicians.

A rabbi, not least the Chief Rabbi of a country or a nation, needs to be someone who truly stands for, respects and represents the majority — if not all — of the people he (or, perhaps some day, she) serves. And that isn’t happening right now, with all due respect to my cousin and his worthy colleagues.

They certainly don’t represent me or most of the Jews on the planet.

I may be pleasantly surprised, and I think my cousin is smart and understands what he faces — though the political machine is a complex beast with rough agendas. I plan to reach out to him and hope for a heartfelt dialogue. I mean, we played basketball together as kids and slept in the same room.

And meanwhile: It’s time to seriously rethink and challenge this formula of rabbinic rule in Israel, and look careful at this dynastic model for we have alternative role models to work with. Mosaic and Aaronic.

Moses, the first rabbi, handed over the reigns to Joshua — the leader elect — and so on down generations of rabbis and leaders chosen for their qualifications. On the other hand Aaron, the first High Priest, handed his office to his son Eleazar (in this week’s Torah portion Ekev), and Eleazar his son, and so on: Cohen and sons.

The priestly tradition died and while Cohens still get some respect they are not the ones who lead us. In the Hasidic world, heirs matter. But when it comes to rabbis, we should stick to the Moses model, and carefully avoid dynastic deals. That’s not what it is about.

We need real rabbis who will touch our souls, inspire us and teach us how to take good care of our tradition for the next 3,000 years — with all the necessary tweaks and changes. Not just those who will keep on holding to what we think works now. Rabbis need to take risks.

To my esteemed cousin, a heartfelt blessing for success and courage and the good will to take risks as God’s messenger for peace in the land and in the hearts of all people. You got a big job ahead. (And I’m happy to help!)

To Diana’s grandson — may your life be dedicated, like hers, to bringing more love and dignity and style to the world.

And to the rest of us simple folks — here’s to a Sabbath of peace.

This blog post is adapted from Amichai Lau-Lavie’s WORD blog, he’s a third year rabbinic student at JTS and the founder of Labshul, a new congregation in NYC. 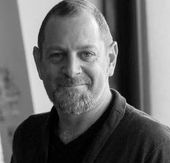 Amichai Lau-Lavie is the founder of Lab/Shul.