The Issues the Peace Process Should Avoid 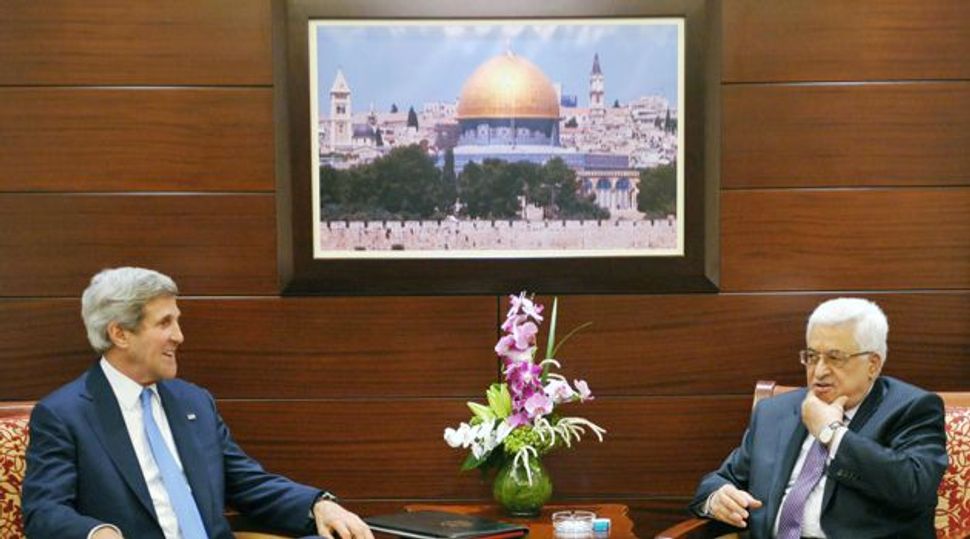 Sticking Point: Issues like control of the Temple Mount might derail the whole process. Image by Getty Images

Let’s set aside for a moment all the familiar reasons why renewed peace talks won’t work.

We know that Palestinian negotiators can’t “deliver” the Hamas-ruled Gaza Strip. And we know that Benjamin Netanyahu can’t “deliver” his own coalition or even his own party, both of which are dominated by politicians who oppose a two-state solution. We have learned over recent decades that negotiations initiated in and by Washington inevitably fail and that successful peace initiatives are born behind America’s back.

And we have our well-informed suspicions that neither Netanyahu nor Palestinian leader Mahmoud Abbas is enthusiastic about negotiating.

Let’s suspend our skepticism and assume real negotiations begin and that the two sides are capable of delivering on the concessions they offer. Assuming all that, the most important challenge the Israelis and Palestinians face is to agree to abandon the disastrous mantra that has defined their deliberations for 20 years: “nothing is agreed until everything is agreed.”

What this means is that the two sides must reach comprehensive agreement before any piece of it can be implemented. They must not only agree on borders, security, settlements, and a Palestinian capital somewhere in Jerusalem — the “1967 issues” created by the outcome of the Six-Day War. They must also agree on the “pre-1967 issues”: refugees and right of return (1948) as well as holy places (an issue at least 1500 years old, if not 3000).

Based on the last 20 years experience of negotiations, the 1967 issues appear to lend themselves far more to agreement than the pre-1967 issues. First Ehud Barak and Yasser Arafat in 2000, then Ehud Olmert and Abbas in 2008 significantly narrowed the gaps separating the two sides on these points. Indeed, in 2008 the only significant controversy remaining involved two or three percent of the West Bank territory.

But based on that same experience, the pre-1967 issues are not currently resolvable. Here we are dealing not with lines on maps but with totally conflicting historical and religious narratives.

Regarding the right of return, the Palestinians continue to insist on a verbal formula whereby Israel acknowledges that it was born in sin in 1948. That is hardly a formula for launching peaceful relations. In this regard, Abbas’s renunciation of his own personal right of return on Israeli television some months ago is gratifying. But he knows he cannot speak for five million 1948 refugees and their children and grandchildren for whom such a declaration of culpability is the bare minimum.

Regarding the Temple Mount, known to Muslims as Haram al-Sharif, the same Abbas also restated a few months ago his insistence that “there never was a temple on the Temple Mount.” In other words, a final agreement must give Palestinians total control over the most sacred site in Judaism because it has no Jewish roots.

Behind these positions is the Palestinian belief, shared by many Arabs, that the Jews are not a people and that they have no historical, biblical or religious roots in the holy land. Abbas, whose credentials as a man of peace and non-violence are indisputable, understands he has to find a way to coexist peaceably with the state of Israel. But legitimize Israel’s Jewish narrative? Never. That’s why he will also never endorse Israel as a “Jewish state.”

“Nothing is agreed until everything is agreed” means that an agreed border, security arrangements and a Palestinian capital — all “doable” agenda items — will be held hostage to an unattainable set of demands.

That means another crashing failure of negotiations. The only conceivable way to avoid it is if the parties agree in advance that settling post-1967 issues will enable a two-state solution to emerge. That will generate a high degree of stability in relations between two peoples who must find a way to live alongside one another, even if the narrative issues remain unresolved and an “end of claims” agreement stays out of reach.

Yossi Alpher is former director of the Jaffee Center for Strategic Studies at Tel Aviv University.

The Issues the Peace Process Should Avoid