Kerry’s Bond With Top Aide and a Legendary Dad 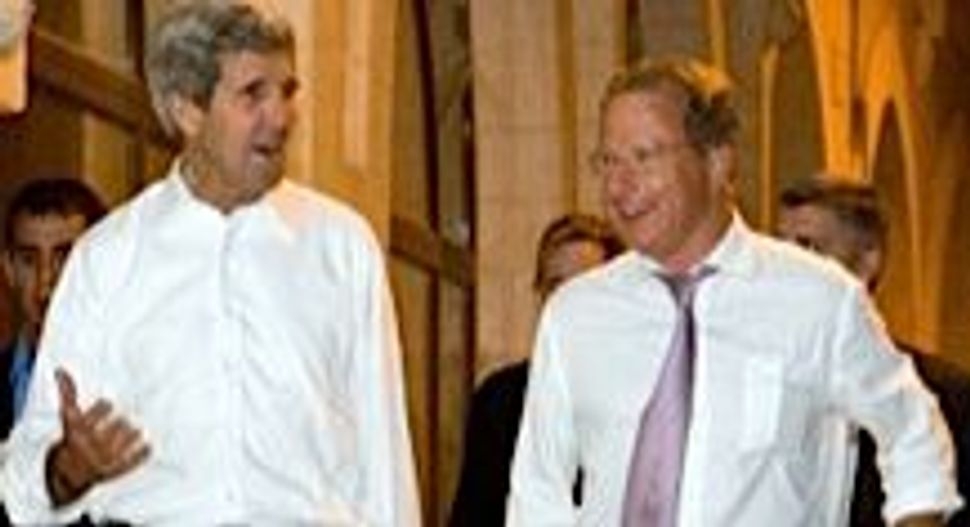 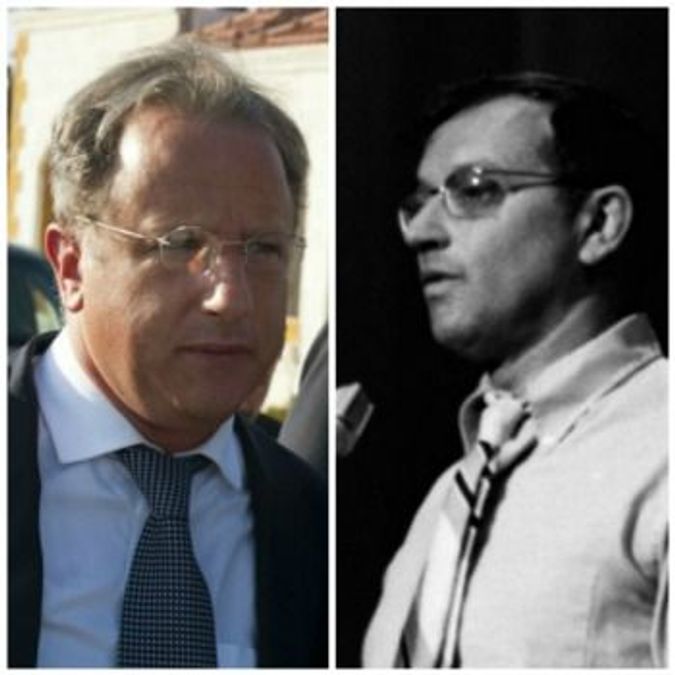 Two intriguing backgrounders from the Hebrew press about Secretary of State John Kerry and his Israeli-Palestinian peace mission. One, by Yediot Ahronot veteran Washington correspondent Orly Azoulai in the Friday supplement (print, Hebrew only) contrasts Kerry’s intense commitment to the peace effort with President Obama’s utter skepticism. Obama lets Kerry have his way, she writes, because of their deep personal connection, going back to 2004 when Kerry introduced the obscure young Illinois state senator on the national stage by giving him the prime speaking slot at his nominating convention.

But why does Kerry seem so personally obsessed with this insoluble trouble-spot? Azoulai claims it’s partly due to his “many” conversations with his brother Cameron, who converted to Judaism 30 years ago, about their family’s Jewish roots and their links to Jewish destiny. She writes that they were deeply moved by the 2004 Boston Globe scoop that both their paternal grandparents were Jewish and several close relatives died in the Holocaust. (I’ve translated the key passage below.) 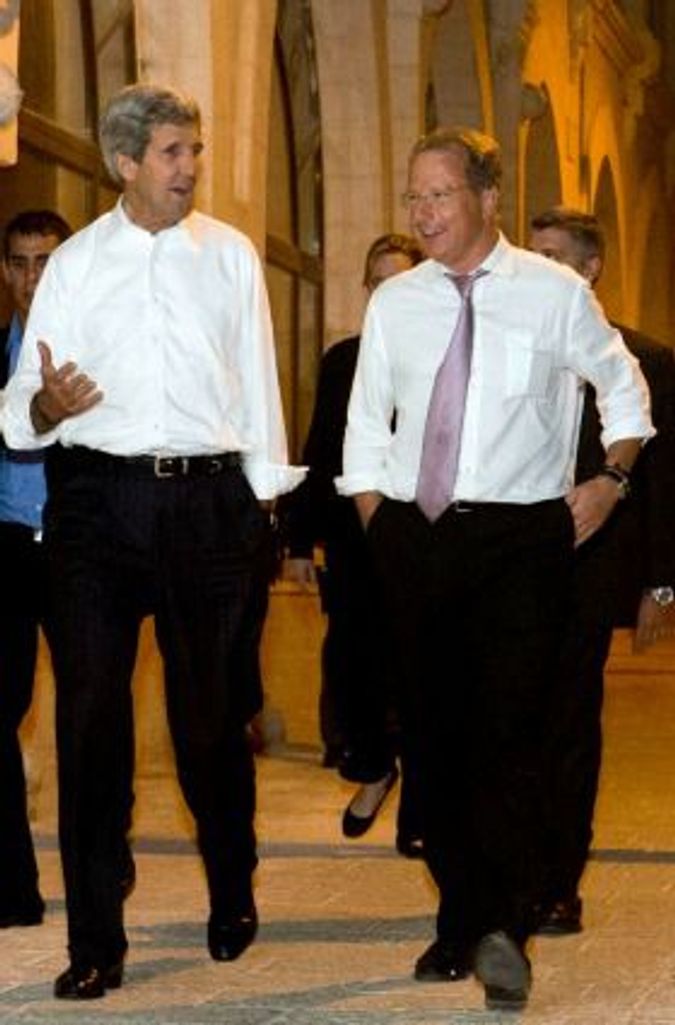 The other fascinating piece is this Walla News story by Amir Tibon (Hebrew only) about Kerry’s close personal bond with his aide Frank Lowenstein, point man in on-the-ground talks. Lowenstein, who joined Kerry’s campaign in 2004 as a foreign policy adviser and stayed on as chief of staff of the Senate foreign relations committee, is the son of the late, legendary antiwar congressman Allard Lowenstein. It was Lowenstein senior who first recruited Kerry to the antiwar movement in the 1960s, when Kerry was a junior at Yale and Al Lowenstein was a Senate aide. Anyone who was a young antiwar activist from Long Island in the 1960s (or not so young—I recall how shaken my own father was) remembers the shattering day in 1980 when Lowenstein was murdered by a former volunteer suffering from schizophrenia.

Today, Tibon writes, Lowenstein junior is something like an alter ego to Kerry, head of his Middle East team and the guy he leaves in the region to speak in his name after his shuttle missions. Tibon has a telling anecdote about Kerry returning to Jerusalem at 4 a.m. from a grueling negotiating session in Ramallah and deciding to get out and walk the streets of Jerusalem, accompanied only by Lowenstein.

For non-Hebrew readers, the Washington Post ran this story by Laura Blumenfeld about the Kerry-Lowenstein connection back in 2004, when Frank Lowenstein first left his real estate law practice and joined the Kerry campaign. Here’s her version of a powerful anecdote (which Tibon also recounts) about how Lowenstein left real estate to follow Kerry:

After attending Yale and Boston College Law School, Frank worked for a Boston law firm. One day, at a Democratic fundraiser, he met Sen. Christopher J. Dodd (D-Conn.), who had known his father. Lowenstein recalled their conversation:

Dodd laughed and said: “Man, your dad would be so ashamed of you.”

Walking back to his law firm, Lowenstein decided to resign. In the spring of 2003, he volunteered for the Kerry campaign. His mother, Jenny Littlefield, a psychiatric social worker, said Frank laid out all of his clothes on the front lawn, consigning his law-firm suits to her basement for storage.

Post reporter Blumenfeld, by the way, is a significant writer and thinker in her own right on American Jews and the Middle East. She’s the author of the powerful 2003 memoir “Revenge: A Story of Hope,” about her rabbi-father’s 1986 shooting by a Palestinian terrorist. She also happens to be the daughter-in-law of the seminal Talmud scholar David Weiss Halivni. And Walla’s Tibon made some news of his own last December when he and a partner slipped into Syria and filmed a piece ([this clip] ](http://www.france24.com/en/20121220-israel-reporters-enter-syria-assad-hezbollah)) has France24’s voice-over English translation) for Israel’s Channel 2 news.

Here’s my translation of the key paragraphs from Orly Azoulai’s Yediot feature on John and Cam Kerry: 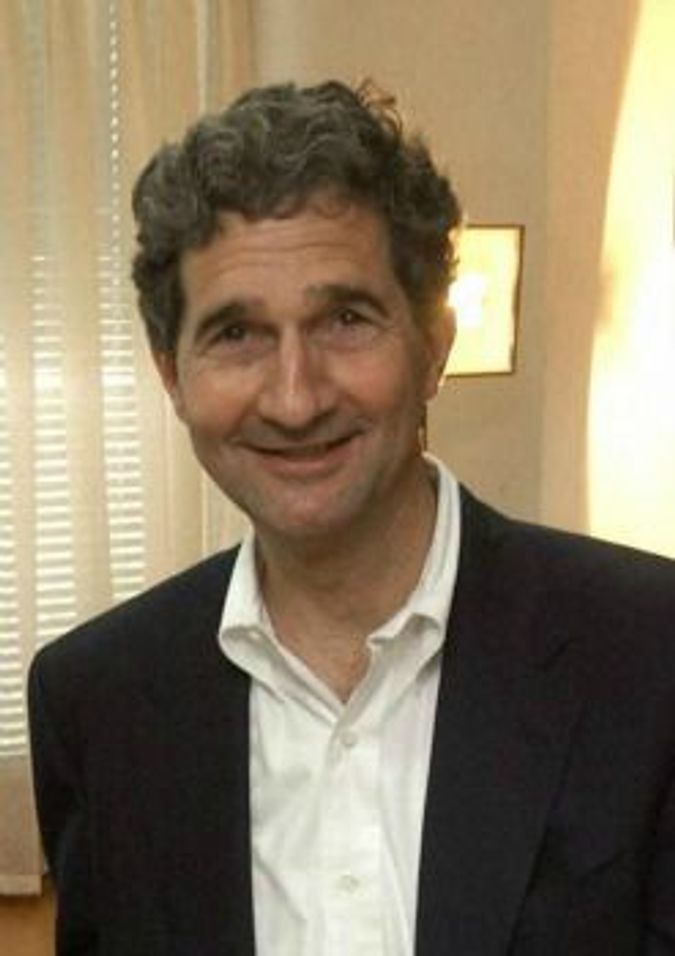 “Obama has good reasons to be pessimistic,” said Aaron David Miller, vice president of the Woodrow Wilson Center, who was involved in the Israeli-Palestinian peace efforts of several presidents. “Obama is waiting for additional signs from Netanyahu and Abu Mazen. Only if he is convinced that they are really serious will he get involved in the process.”

In the meanwhile, until that happens, Kerry is working almost alone. In the past five months he has visited the Middle East no fewer than six times, and he has invested more time and apparently more thought in the Israeli-Palestinian issue than in any other topic in his sphere of responsibility. Kerry sees this task not only as an important step for American foreign policy but as a mission. His younger brother, Cameron Kerry, converted to Judaism 30 years ago when he married a Jewish woman, Kathy Weinman. The Kerry family itself has Jewish roots, and during John Kerry’s presidential campaign the Boston Globe disclosed that his paternal grandparents, Fritz and Ida Kohn, converted to Christianity in the late 19th century [actually 1902, according to the Boston Globe story — jjg]. “I was in shock when the matter came out,” Cameron Kerry, currently general counsel of the Obama commerce department, said at the time. “I was exposed to many details that were unknown to me.”

The Kerry brothers frequently discuss the family’s Jewish past and the future of the Jewish state. “Kerry is genuinely worried that Israel will lose its Jewish character,” said a source who has known Kerry since his days as chairman of the Senate foreign relations committee. “True, he is doing what he is doing because the American administration is afraid the Middle East could go up in flames if a Palestinian state isn’t created, but there is also a very significant Jewish element for him. In the last few years he’s read a lot of books on the topic, and it’s of the highest priority for him to bring about a settlement. It doesn’t matter to him that the cynics in Washington say he’s doing it to get a Nobel peace prize. He comes to this topic from a very deep place. When he managed to get the sides to agree to renew the talks he was very deeply happy.”

Kerry’s Bond With Top Aide and a Legendary Dad