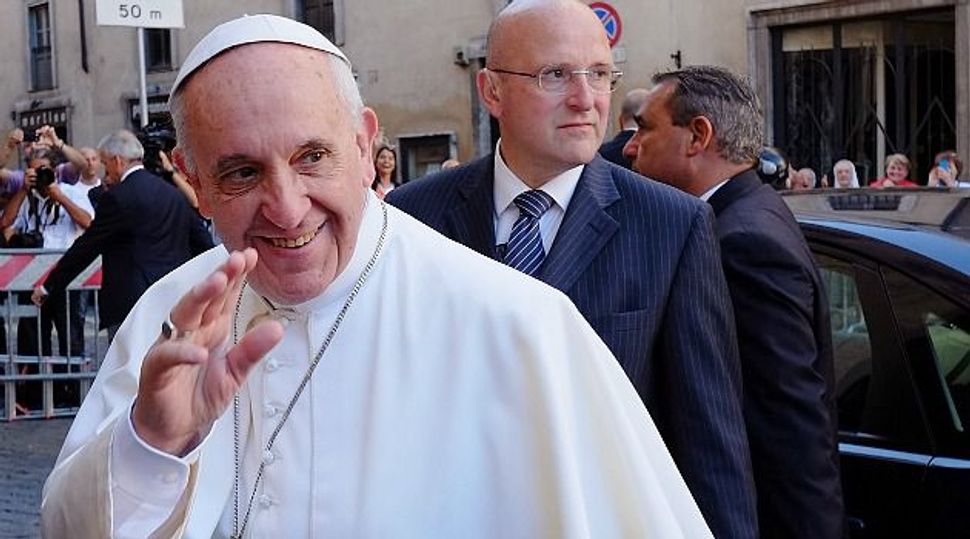 He’s not our spiritual leader, of course, but the brief remarks by Pope Francis suggesting that he would not judge priests for their sexual orientation could serve as a humble lesson for the Jewish community, as well.

“If someone is gay and he searches for the Lord and has good will, who am I to judge?” Francis told reporters, speaking in Italian but using the English word “gay” during a remarkable, 80-minute back-and-forth recently on the papal airplane.

What is instructive about Francis’s formulation is that it is conditional. He didn’t ask “Who am I to judge?” on its own, without context or caveat. If someone searches for the Lord, and if that person is of good will, then his or her sexual orientation is not reason enough for the rest of us to sit in judgement. The pope isn’t offering a blank statement of neutrality; he is demanding certain human behavior and intention, and then suspending personal judgement.

Imagine if we routinely followed that formulation in the Jewish community, not only in terms of acceptance for gays and lesbians, but also in the many other ways in which we sit in judgment of each other.

If he genuinely loves Israel, who am I to judge how that love is expressed?

If she wishes to pray a certain way out of devotion to God, who are we to judge where and when that prayer is said?

If a community adheres to norms of behavior that are respectful but out-of-step with modern reality, who are the rest of us to judge how other Jews choose to live?

Harder to do than we may realize. But if the pope can try, perhaps we should, too.