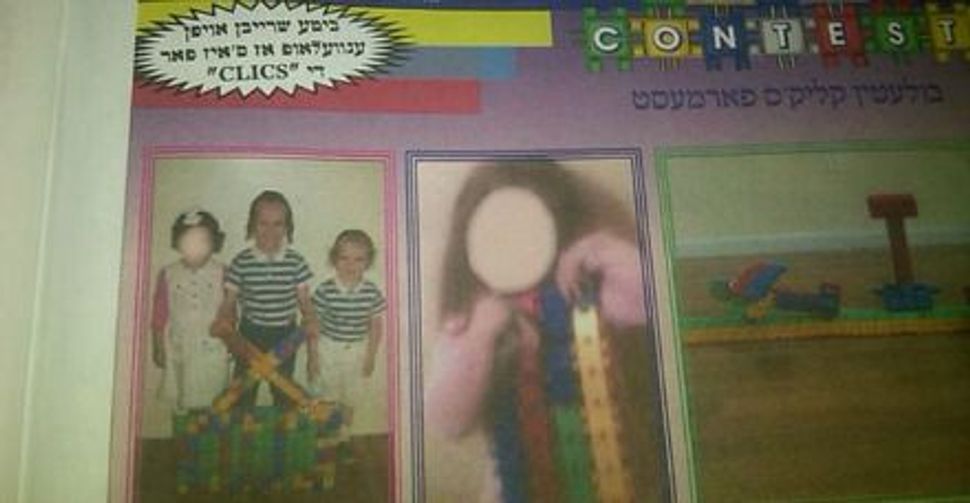 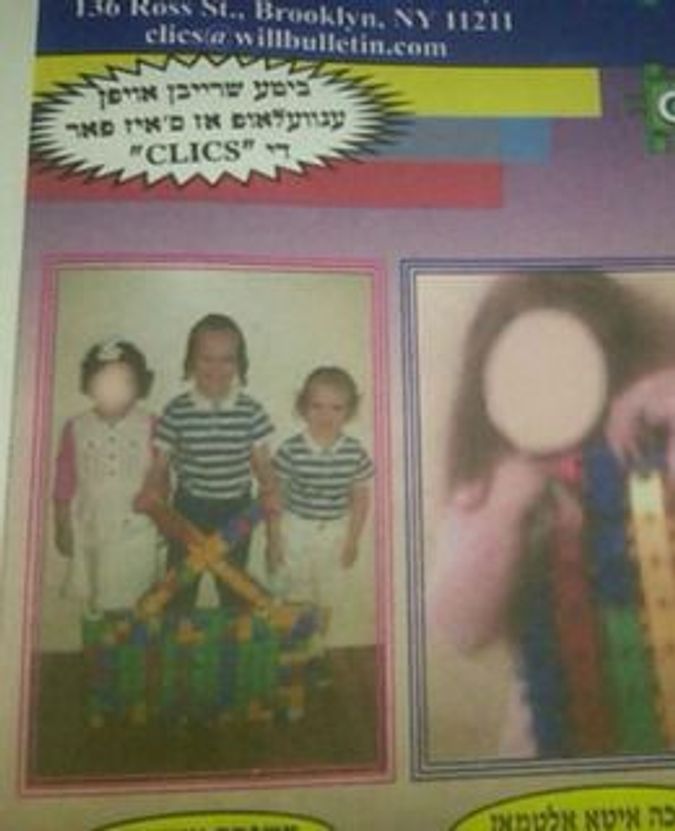 When I first saw that the faces were blurred out in a photo of two little girls in the Williamsburg Bulletin, a weekly newsletter aimed at the Satmar Hasidic community, I was not surprised. It’s not that I believe that a little girl young enough to throw a tantrum could be sexually suggestive, and therefore an alluring threat to pious male readers. It’s because the Hasidic community, and Satmar Hasidim in particular, has been on this radical trajectory for the last few decades. It’s a trajectory of intolerance and extremism without any moderation in sight — and it may lead to the social implosion of the Hasidic communities.

There is a popular Yiddish saying I grew up with, which served as the justification for new restrictions: di doyres falen, which roughly translates to: ‘the generations are in [religious] decline.’ This notion epitomizes the beliefs and practices of the Hasidim in the 21st Century. Prominent Hasidic groups in America – Satmar at the epicenter – constantly seek ways to combat this supposed decline. In order to reverse the inevitable, they engage in the Sisyphean task of raising their walls ever higher to ward off secular encroachment. They constantly add new restrictions, and tightening the loopholes that allow for this slippery slope of spiritual decline to continue.

As the world becomes more open, the Hasidim continue to raise the fences to limit that encroachment. 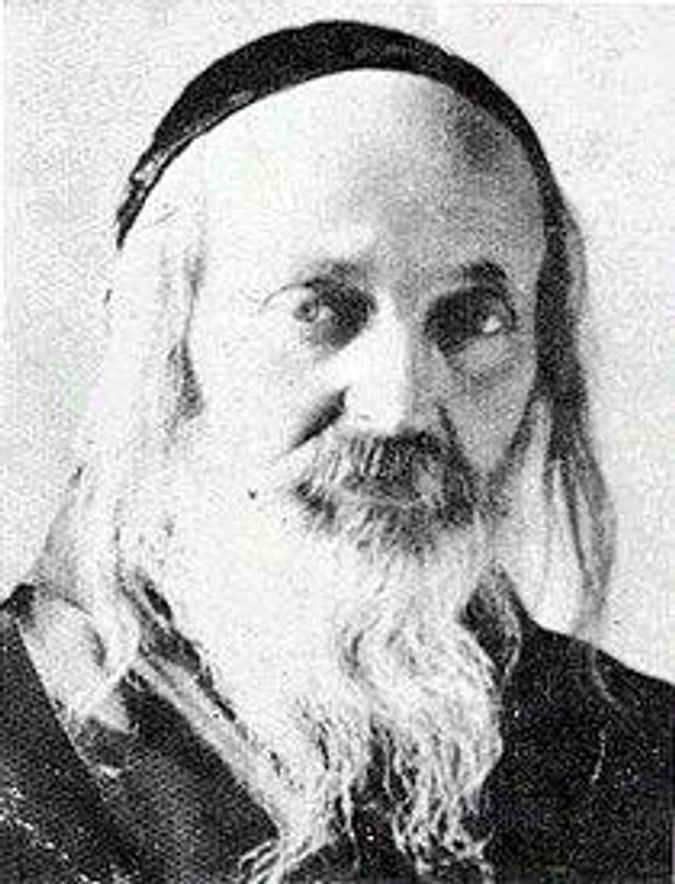 We cannot discuss Hasidism in America without invoking the name of the late Satmar Rebbe, Yoel Teitelbaum. He was the pioneering force of contemporary American Hasidism, and his influence is far-reaching to this day.

When Rebbe Yoel Teitelbaum landed on the shores of the treifene medina (un-kosher country) after the utter destruction of European Jewry, America was nearly devoid of Hasidic life. The rebbe was well aware of the dire state of Orthodoxy, at least by ultra-Orthodox standards. And, in order to distract his people from the lures and dangers of American culture, he immediately set out to transplant a very simple, pre-modern way of life in this deeply profane city of New York.

Back in the Hungarian town of Szátmar (the place that gave Satmar its name), Rebbe Yoel fought zealously to maintain this lifestyle. This was not as difficult, since it was located in Máramaros County – the Hungarian province populated with ultra-Orthodox groups – and considered the backwater of Hungary, nothing like the urbane Budapest hub of modernity, let alone the polyglot of New York.

His achievements in doing so in America are remarkable and “nothing short of miraculous,” as scholar Allan Nadler aptly describes it. Not only did the Satmar Rebbe establish satellite communities all around the world, but through his charisma and scholarship he also influenced all walks of Orthodox Jewish life in the U.S., including those who had no affiliations with Hasidism.

Satmar exemplified what no other Jews before them were able to achieve; namely, that uncompromising Orthodox Jewish life is possible on American soil. And, not only mainstream Orthodox life – with varying degrees of culturally-influenced American ideals – but the ultimate Hasidic life, with all its religious and cultural stringencies.

Rebbe Yoel Teitelbaum brought Hungary over to Brooklyn, and from the ruins of his pre-war leadership in Szátmar, he managed to reconstruct a Satmar community and to build a more significant following than he ever had before the destruction. He achieved this Hasidic utopia on American soil due in large part to his charismatic character and unrelenting piety, his uncompromisingly radical convictions, and his ability to obviate the unforeseen challenges facing the ultra-Orthodox.

His radical legacy is fully alive in the Hasidic communities at large several decades past his death. He left his disciples not only with a road map to preserving the devoutly Hasidic lifestyle, but also imbued with an understanding that religious stringency is the only barrier against modernity.

I was born and raised in the Satmar community shortly after the rebbe’s passing. The rebbe loomed large and his teachings were everywhere – especially in the extreme emphasis on tznius (female modesty). Whatever modern trends he was unable to eradicate in his lifetime were completely obliterated by my childhood.

And whatever fashion he foresaw as a breach of modesty, now emerged as a threat to Hasidic life: He had railed against married women growing their hair underneath the turbans and wigs. After his death, most Hasidic women finally adhered to this rule – many out of fear of the severe ramifications of defiance. It is now the acceptable practice in Satmar to expel children from school if their mothers do not shave their heads. The Satmar Rebbe also decried the thin stockings and uncovered sheitels worn in the ‘60’s and ‘70’s. Now, most Satmar women wear thick, seamed stockings.

These examples are only the tip of the iceberg. The Hasidic community – especially Satmar and the less-populous Skver group – is veering ever more towards extremism. If it isn’t a new law prohibiting long robes traditionally worn on Shabbat, it is a ban on the internet, smartphones, concerts, strawberries, raspberries, grapes (for the slight chance they contain insects), eye makeup by makeup artists (yes, this is the case in Kiryas Joel), and now the innocent images of three-year-old girls.

This radicalized Hasidism does not include Chabad. Even though they are, by definition, Hasidic, the Lubavitchers’ representation as the poster children of Hasidism in America and worldwide is a gross misrepresentation. Many other Hasidic groups shun Chabad as a separate, modernized entity – akin to the Modern Orthodox – and whose chumros (stringencies) are a lot more lax than the bona fide Hasidim. The media-savviness of Chabad and comfortable relationship with secularism exemplifies their worldliness – something the majority of Hasidim are decidedly not, as a consequence of their insularity.

For all the seeds that he planted, I believe Rebbe Yoel is turning over in his grave at the ever-more radical tangent. Despite his radical stance on many issues, he was also a pragmatic leader.

He understood that to successfully transfer the old world to the new, sometimes laws must be adjusted slightly: In Hungary he was a vehement critic of the Bais Yaakov girls’ school movement. But in America, he spearheaded the Satmar girls’ school, and encouraged teaching girls the rudiments of both Judaic and secular studies. He also loosened up on the issue of wearing wigs, realizing that many women will no longer simply wear a scarf on their shaved heads.

And he certainly never encouraged or required the blurring of a little girl’s face. However, his followers have taken his cause way too far. In struggling to keep his legacy alive, they have radicalized a community – and in turn the greater Hasidic world that looks up to Satmar as the epitome of the pious Hasidic way.

This photo – the facelessness of innocent young girls – reveals an alarming pattern that can no longer be ignored. There are plenty of people within the Hasidic communities who are concerned with these alarming trends. Some have found a voice to protest, but others have embraced the comfort of silence.

I am not suggesting they take to the streets and break down the walls. But this deepening radicalization should at least be an important part of the conversation, especially when outrageous pictures like these surfaces. With no end in sight, how much more radical can it get — how high can they build the walls separating Hasidim from the rest of humanity?