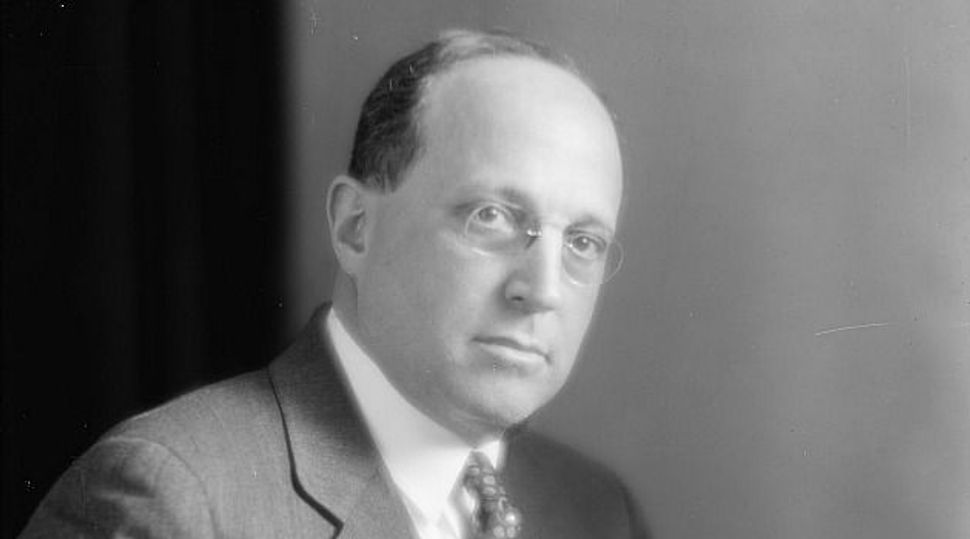 The inappropriate question tweeted late last year by media mogul Rupert Murdoch raised the touchy subject once again. “Why is Jewish owned press so consistently anti-Israel in every crisis?” were his exact words.

The context was the escalating Israeli bombardment of Gaza after a long series of rocket attacks by Hamas, and Murdoch’s scarcely-disguised critique of those in the media who were not, in his view, sufficiently supportive of Israel’s controversial actions. The response to Murdoch’s tweet was so swift and sharp that he apologized “unreservedly” within hours.

As well he should have. The canard that Jews own and control American media is, as Christopher Zara wrote, “a myth that is almost as old as the American media itself.” But, if we are honest, it is a myth with some basis in fact. Many of the great leaders of American journalism were born into Jewish families, and their ascendancy represented a time of unique power and prestige for newspapers and the civic values they championed. The Graham family’s decision to sell the Washington Post marks one more step away from that historical legacy — a legacy that the Jewish community ought to take pride in, rather than renounce or ignore.

Consider: Joseph Pulitzer — “Joey the Jew” was one of his nicknames — was a Hungarian-American Jew who turned the St. Louis Post-Dispatch into a renowned newspaper, published the New York World, endowed the Columbia School of Journalism and was memorialized in the Pulitzer Prizes, bestowed annually to the best in the business.

The Sulzberger family, which still runs and largely controls the New York Times, descends from prominent Ashkenazic and Sephardic Jews dating back to America’s Revolutionary War period. Another Jewish family, the Annenbergs, published The Philadelphia Inquirer for decades.

And then there was Eugene Isaac Meyer, who came from a distinguished French Jewish family filled with rabbis and civic leaders that gradually became more assimilated in America, a recurring pattern. By the time Meyer bought the Washington Post in 1933 at a bankruptcy auction, he was already married to a Lutheran and was happy to downplay his religious background (though he became a supporter of Jewish causes later in life.) But he turned a disregarded rag into the most eminent newspaper in the nation’s growing capital, a legacy continued by his son-in-law, then his daughter and grandson until that grandson, Donald E. Graham, announced the sale of the Post to Jeff Bezos on August 5.

Jewish ownership of these noteworthy news organizations has not been an unalloyed benefit to other Jews. As the historian Deborah Lipstadt shows, the American press — led by the New York Times — failed to treat the destruction of European Jews as urgent news, or news at all, from 1933 to 1945. The Jews holding the power of the press did not necessarily use it to publicize the most significant Jewish story of the 20th century before the foundation of the State of Israel.

It is this notion of an assimilated Jew running from his heritage that appeared to prompt Murdoch’s insulting remark (especially with regards to his arch-rival, the New York Times). That insinuation is just as onerous as the nasty thrum persisting in some white supremacist corners that Jews (still!) control the media.

The truth is more nuanced. Jews, however they are defined, have developed and run some of the most influential journalism enterprises in America, leaving a legacy of creativity, professional commitment, intellectual pursuit and civic leadership. The Pulitzers and Annenbergs are no longer in the business. The Grahams’ decision to sell the Post may be another sign that this era is ending.

If so, let us hope that the core values endure. As the late Katharine Graham wrote about her father: “He felt a newspaper was a public trust, meant to serve the public in a democracy.”