Justice Calls for Boycott of Ariel 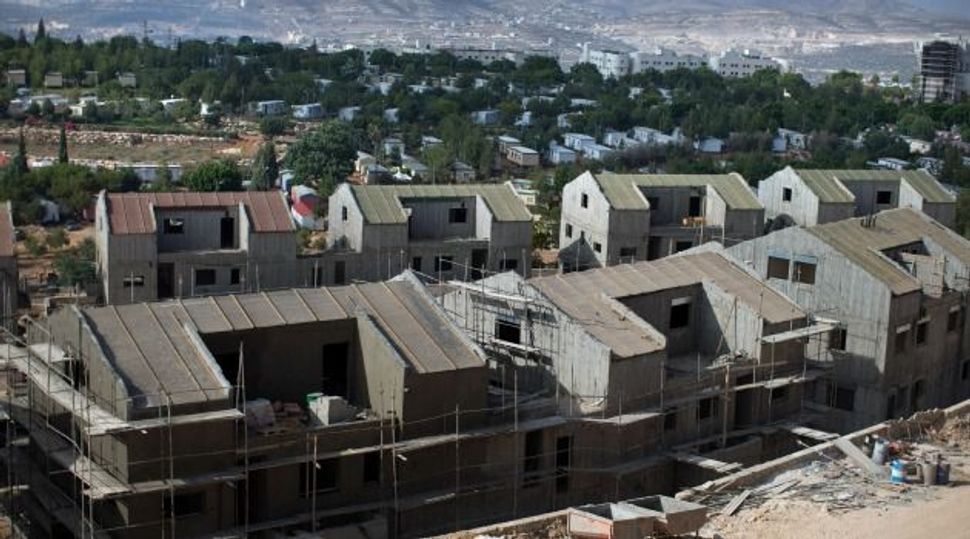 In a recent column, I concluded with a passing reference to the city of Ariel, a Jewish enclave that juts into the West Bank 10 miles beyond the Green Line. The column dealt with boycotts, and specifically with the EU’s recent announcement that it will withhold any scientific collaboration, investment or the awarding of grants to institutions with “direct or indirect” ties to settlements in the West Bank, Gaza or East Jerusalem. I concluded the column by saying that “I do not call for a boycott of Ariel; like many in Israel’s cultural community, I just won’t go there.”

Upon reflection, I think those words are flip. Upon reflection, Israel’s anti-boycott law notwithstanding, I call for a boycott of Ariel. Specifically, I believe American Jews visiting Israel should stay away from the city, treat it as an offense against peace.

I can hear the gasps of incredulity. There were times when Arab spokespeople refused to share a platform with Israelis, and while the situation has improved somewhat, Israel is and has been so often the target of boycotts, both personal and governmental, calling for a boycott seems out of synch with even a vague hope for reconciliation between Jews and Arabs. Boycotts, by an large, draw a decisively negative response from supporters of Israel.

Yet boycotts have a long and often honorable history. Likely the most famous boycott in recent American history remains the Montgomery bus boycott, which also marked Martin Luther King’s emergence as the key black leader of his day. The year was 1955, the date was December 1st. When Rosa Parks was arrested for refusing to give up her seat so that a white passenger could sit down, a black woman named Ann Robinson, a professor of English at Alabama State, the youngest of 12 siblings and the first to have gone to college, convened the Women’s Political Council, most of whose members were active in Martin Luther King’s Dexter Avenue Baptist Church, and that very night they mimeographed a leaflet that said, “The next time it may be you, or you or you. This woman’s case will come up Monday. We are, therefore, asking every Negro to stay off the buses on Monday in protest of the arrest and trial.”

That evening, a crowd of perhaps 10,000 Negroes gathered at the Holt Street Baptist Church, and the 26 year-old Martin Luther King, Jr. delivered there his very first political address. “There comes a time,” King said, “when people get tired of being trampled over by the iron feet of oppression… . We are here because we are tired now.”

And his tired congregation, swollen to nearly 40,000 former bus riders, walked to work, or stayed home, or rode in one of the 150 cars whose owners lent them to the boycott. Through the cold months of winter, they persisted. When the police began giving the cars in which some of them rode in car pools nuisance tickets, they persisted. When Martin Luther King, Jr. was arrested, they persisted, and when his house was bombed, they persisted, and they did not stop even when the entire leadership of the boycott was arrested. Through the winter, through that spring and summer, through the fall and on into a second winter, for 381 days, the Negroes of Montgomery prayed with their feet. And finally, on December 20, 1956, the Supreme Court of the United States affirmed the judgment of the U. S. District Court declaring the laws requiring segregation of the buses unconstitutional.

There have been other boycotts, too, and in some Jewish participation was widespread. Think lettuce, think grapes. Or look up “boycotts” in Google and skim through some of the 961,000 entries listed there.

Is that sufficient to establish that boycotts must be considered on a case-by-case basis?

If not, try the words of Samuel Untermeyer, as spoken over New York’s station WABC on August 7, 1933: “Each of you, Jew and Gentile alike, who has not already enlisted in this sacred war should do so now and here. It is not sufficient that you buy no goods made in Germany. You must refuse to deal with any merchant or shopkeeper who sells any German-made goods or who patronizes German ships or shipping.”

A sacred war, no less.

In this light, we cannot dismiss calls for a boycott of products made in the territories Israel occupies as inherently wicked, nor for that matter can we automatically condemn Israelis or tourists for boycotting the West Bank itself.

Ariel is not the issue; conscience is the issue. Conscience, and the chance to be effective. A sightseeing drive through Bethlehem, no; a tour of Bethlehem organized by Encounter, a terrific organization that goes very far beyond mere sightseeing, for sure.

And a boycott of Ariel? Yes, indeed.

Justice Calls for Boycott of Ariel