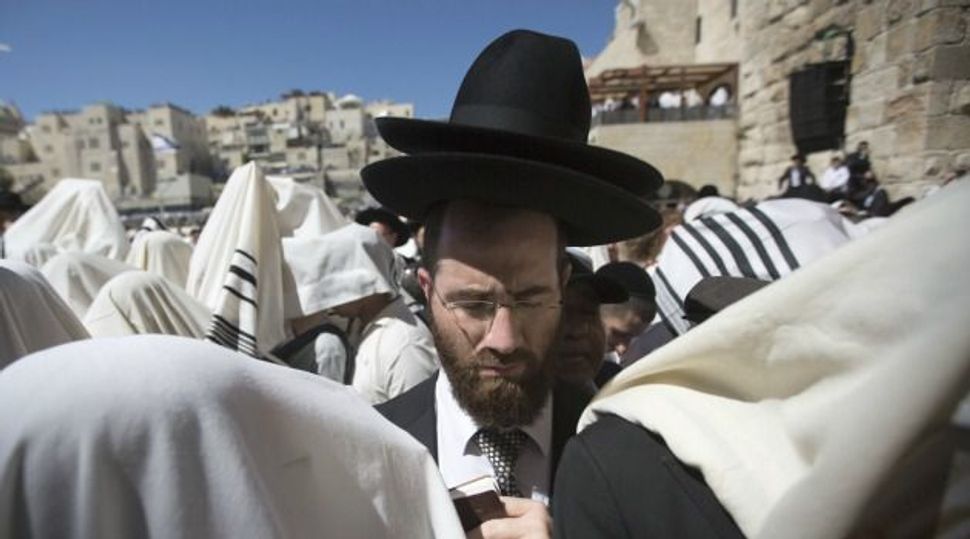 Josh Halpern’s essay, Should Men Thank God They Were Not Born Women? sensitively and articulately outlines many of the tensions facing those of us who are committed to the halacha and Orthodoxy and at the same time live in a world a seemingly incongruous world: a world where women are first-class politicians, lawyers, doctors, educators and then have second class status upon entering an orthodox synagogue.

Orthodox feminists must promote gender equality whenever it is halachically sanctioned. This is an approach I agree with. This is not the space for exploration of the halachik status of the bracha of shelo asani isha, though perhaps further though in this matter is warranted. However, I would like to offer two reactions and solutions to Josh’s challenge.

First, a practical solution. As a matter of communal practice, I and most of the communities I pray with are advocates of beginning communal prayer with Rebbi Yishmael omer, omitting all the morning blessings from the communal recitation and instead asking the community to recite the morning blessings at the home as they were originally intended. This mitigates the concern of a public statement, whether intended or interpreted, of the value of one gender over another. There is no halachik requirement that these brachot be said out loud, and if their recitation causes half of the people in the room to feel insulted, shamed or silenced it behooves the community to say them privately.

This is an effective, though surface solution. It does not address the deeper issues Josh raises.

So what is an Orthodox feminist to do? One could simply throw out this blessing. But then aren’t there a host of other blessings, passages from the Talmud, even biblical verses that may jibe with today, or tomorrow’s, moral sensibilities?

I’d like to offer my own personal take on this blessings perhaps as a way of preserving the traditional liturgy while at the same time interpreting it in a way that is consonant with a world view guided our God given moral sensibilities, in the spirit of our great sages who have done this time and time again throughout Jewish history. Rather than discard liturgy or texts that make us uncomfortable, I believe it is our job as Jews to constantly work through our mesorah, moving past the surface level understandings to reveal the deeper teachings embedded within. This is the rabbinic tradition.

The surface level read of this blessing is one that has all the problems Josh articulated in his essay. Many of the apologist answers that Josh quoted are satisfying to some but leave many of us still feeling the sting of sexism. Here is an alternative: Let’s call it for what it is. This world is rife with reasons why it is advantageous to be a man. Rape culture. Wage disparities. Slut-shaming. The beauty industry. Exclusivity and privilege in certain professions (my own for example). These privileges reflect the unredeemed nature of our world. It is a world far from the ideal of the garden of Eden, where God creates the first Adam, the first human, in the image of God. Adam is created as male and female, equal and according to rabbinic interpretation, undivided in one body.

Rather than close my eyes and pretend that I am living in a world where men and women are equal, where I have not benefited from my gender and been granted opportunities, safety, and treatment that I did not earn but rather was born into, I use this blessing as a way to open my own eyes and challenge myself to fix the broken systems that harm others in this world.

This may strike some readers as not going far enough and others as a harmful subversion of rabbinic text. I hear the criticism from both sides. For me, however, it is a helpful way that I am able to reconcile my commitments as a Jew and as someone who hopes and works for a world free of oppression and inequality. I bless Josh and the whole Jewish people to continue our very real struggles with reverence for Torah and tradition, honesty and humility, and a finely tuned moral compass.