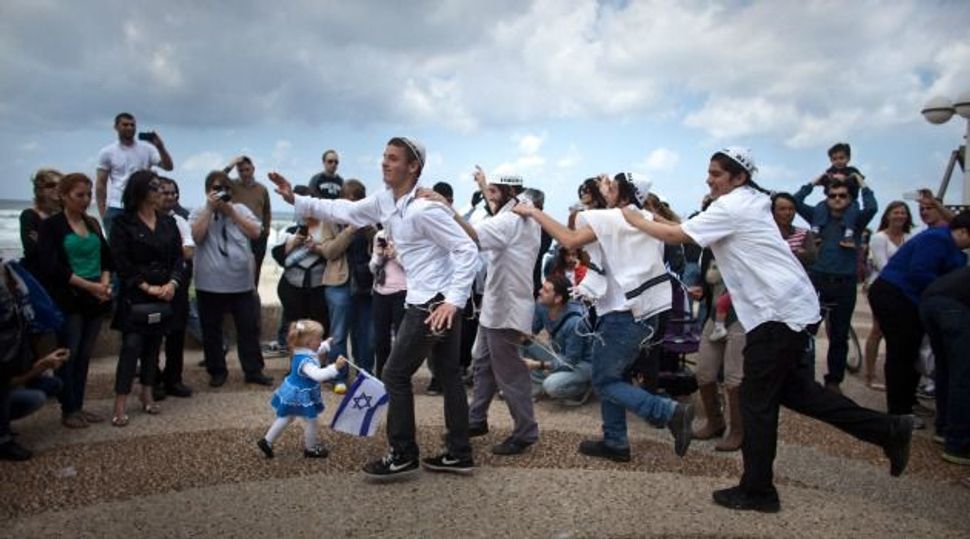 In some ways, I’m used to the idea of questioning the degree of Jewishness appropriate for a Jewish state, because the same issues arise around my organization, the Anti-Defamation League, on a regular basis. Since we fight anti-Semitism and all forms of bigotry, it is not surprising that some of our supporters think that we should devote even more attention to Jewish concerns, while others would like us to look outside the community even more than we already do.

My answer is that we have the right balance. Now we are strong Jews and, at the same time, fight prejudice against all. The key is that we are first proud Jews, and that allows us to do the rest.

While the question under discussion about Israel’s identity is many times more complex, I think the response contains some similarities.

Israel must first maintain a strong Jewish identity; otherwise its raison d’être will disappear. Why have a State of Israel at all if not as an expression of Jewish history, peoplehood, culture, security and religion?

That, however, is only the beginning of the story, for Israel is, as well, a democracy for all its citizens, Jewish or not.

Democracy involves fundamental rights and obligations that are unique to democracies but not to Jewishness: elections, a free press, the right of expression, minority rights and an independent judiciary.

When asked whether there is too much or too little Jewishness in Israel, our response must first place things in the context of what I already enunciated: Is Israel doing enough along the lines of Jewish identity to ensure that the primary purpose of the state, that of a Jewish homeland, is sustained?

Overall, I believe the answer is yes, manifesting itself in state symbols, cultural and literary expressions, and a common grounding in Jewish holidays and the cycle of the year. But sometimes I worry that many secular Israelis, especially as Israel opens up and gets more and more involved in the wider world, do not have enough education, particularly emotional education, about things Jewish to sustain that identity in the modern world of technological change.

It reminds me, with variations, of the discussions in America about whether Jews will remain Jews in a country where they can be and do anything they want.

The old argument assuming that Jewishness of the people in Israel will be retained simply because, unlike America, Israel is a Jewish state, could lose resonance over time.

On the other hand, there are questions that arise in a diverse society about “too much Jewishness” as a product of the fact that only one version of Judaism is fully accepted by the legal system. Those whose Judaic expression is different feel excluded and resent the exclusion. We see this manifest most recently with the Women of the Wall issue, and long before that with the “Who is a Jew?” controversy.

On top of this is the issue of civil marriage. The absence of civil marriage was long seen as unfair to individuals in special situations. Today, however, it has become a national challenge in light of the many thousands of former Russian Jews who are not halachically Jewish and therefore cannot marry under Jewish law of Israel. This is a case where “too much Jewishness,” to the exclusion of other options, is unsustainable.

On the larger scale there is the broader question of the Arab minority and the Jewishness of the state.

I am hardly a radical on this subject. I strongly believe in the primary importance and legitimacy of the Jewish symbols of the state — the flag, the national anthem and the holidays. There needs to be a stronger effort in explaining and communicating these symbols. They are, however, critical to the essence of the state.

Still, I am against doing anything that will make the Arab minority feel less included in this Jewish democratic state. Rather, Israel must continually work toward inclusion of its Arab minority by focusing on equality in many forms, including greater possibilities of national service, while recognizing Arab sensitivities concerning the Israeli-Palestinian conflict.

Recent efforts in the Knesset to demote Arabic from its position as an official language of Israel is the kind of step that would be a setback to inclusion and equality and should be resisted. Such a step would send the worst kind of message, suggesting that the Jewish identity of Israel completely submerges the democratic, inclusive side. This is not what Israel and its ideals are about. This would be bad for the country and bad for its relations around the world.

All in all, I think Israel is neither too Jewish nor not Jewish enough. But it does face challenges on both sides of the equation.

Abraham H. Foxman is the national director of the Anti-Defamation League.