Giving Women a Voice Is Powerful Message for High Holidays 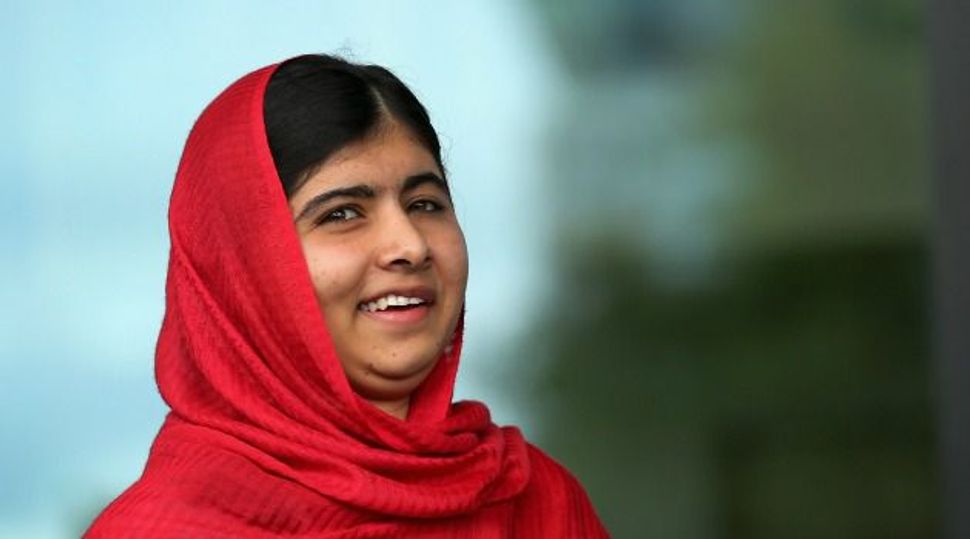 Strength and Faith: The story of Malala Yousafzai reinforces the message of Bible stories about the need to empower women. Image by getty images

Each year when I sit in synagogue during Rosh Hashanah and Yom Kippur, I’m struck by the complex stories we read about biblical women and by the wisdom these stories offer about ensuring the dignity of women and girls today.

The past year was one of paradoxes. At a time when Sheryl Sandberg, Malala Yousafzai, Wendy Davis and countless others reinvigorated conversations about women’s leadership, health and safety, rape and sexual violence continued to escalate all over the world. As I try to grasp these contradictions, I’m reflecting more deeply on what our High Holidays readings illuminate about the condition of women and girls over the millennia.

To start, consider Sarah, Hagar and Hannah, female protagonists we meet in the Rosh Hashanah liturgy. In the eyes of the biblical narrator, the significance and self-worth of these women are defined solely by their ability to have children — in particular, sons. Yet each of these women exercises agency in different, albeit complicated, ways.

Initially, Sarah is unable to birth a child. Frustrated that God has not fulfilled the promise of giving her and her husband, Abraham, “as many offspring as there are stars,” as it says in the Bible, Sarah takes matters into her own hands. She chooses her handmaid, Hagar, as a surrogate mother and instructs Abraham to impregnate Hagar, so that Sarah can have the son she desperately wants.

Sarah eventually is able to have a biological child of her own, Isaac, and once he is born, Sarah convinces Abraham to send Hagar away.

Now consider Hannah, who also struggles to bear children but handles her infertility in a different way: She prays. Hannah pours out her heart to God and, ultimately, God answers her prayers by giving her a child.

Both stories are exceedingly complex and have been interpreted in myriad ways. But for me, one core ethic that simmers through these biblical narratives is that women must have a voice in defining their own futures.

Unlike Hannah and Sarah, who actively desired children and gave birth when they were adults (Sarah was said to be 90), each year around the world, 10 million girls under the age of 18 enter into forced marriages and often bear children against their will.

These girls are usually married off to much older men. As child brides, they generally receive little or no information about sexual and reproductive health — including contraception — or about how they should protect themselves from HIV and other sexually transmitted infections.

The consequences are dire. Girls who marry early are more likely to drop out of school, suffer from health problems, live in poverty and experience gender-based violence. These same girls are more likely to either die in childbirth or lose their newborn infants.

Despite this sobering reality, I’ve witnessed the power of change when women and girls are at the helm, and when they have the political, social and economic tools to shape their own destinies.

Not long ago, I met a Muslim girl named Munija who lives in West Bengal, India. When Munija turned 15, her father, who had abandoned her family, announced that she was ready for marriage.

Munija’s mother wanted a better life for her daughter. She allowed Munija to continue her education, against her father’s wishes. Before school, Munija would wake up at 5 a.m. to wash the dishes and clean the family home. After school, she would help her mother prepare dinner and study for three hours by kerosene lamp. Even though Munija worked hard, she still feared she would be married off against her will.

Fortunately, Munija learned of a grassroots organization in India known as MBBCDS that works with marginalized women and girls, and advocates for their right to an education. Through tutoring, counseling, song, dance and sports, the organization helps girls build the self-confidence to pursue their education and avoid being married at an early age.

I am proud to lead American Jewish World Service, an international development and human rights organization that supports MBBCDS and hundreds of other groups in Africa, Asia and Latin America that work tirelessly for the dignity and justice of women and girls.

Surely we do not need the stories of Sarah, Hagar and Hannah to focus our attention on 21st-century problems of gender-based violence, sexual assault and child marriage; headlines suffice. But during this season of new beginnings — a time for returning to our truest, most compassionate selves — let’s revisit the stories of biblical women to reawaken our empathy and ignite our sense of accountability for women and girls around the world today.

Ruth Messinger is the former borough president of Manhattan, and a social justice consultant to several Jewish organizations.

Giving Women a Voice Is Powerful Message for High Holidays