Israel Should Allow Freedom of Jewish Faith to All 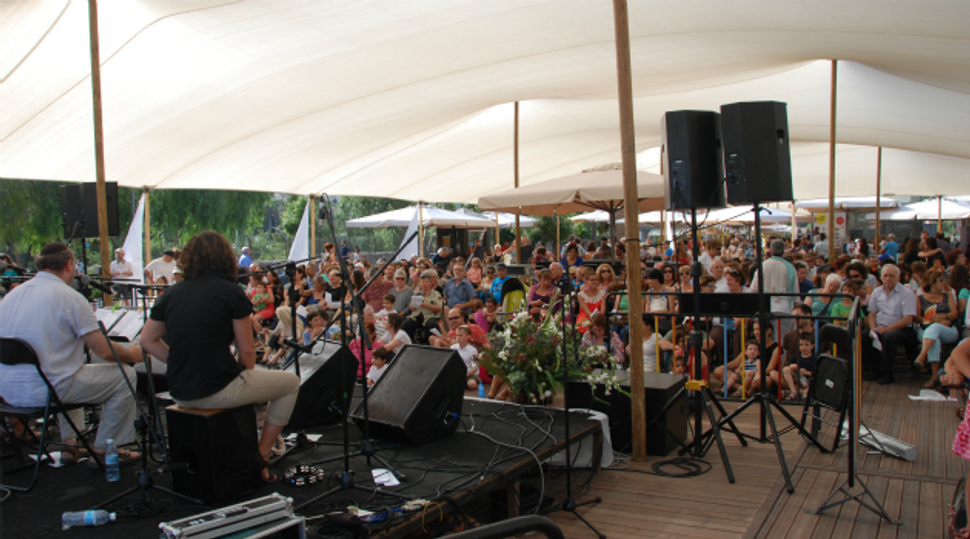 Freedom to Choose: Israel won?t be truly Jewish until it allows all its citizens to practice religion as they see fit. Image by kinneret kahana

Jewish life in Israel is often measured in quantities: How many Talmud pages did we conquer? How many mitzvot did we perform? How many times did we say “Baruch Hashem” in one sentence? How many Jewish children did we bring into the world? How wonderful is it that here in the State of Israel we have more yeshivas and rabbis than we ever had before, and more Jewish state laws than we ever dreamed of?

We live in a state of quantity, as if Jewish civilization is solely a matter of how much we do, as if quantities are a guarantee against the extermination of our ancient heritage. Is this true?

The accumulation of quantity, a known human weakness, is also an inevitable consequence of a miracle called Israel, where for the first time in Jewish history we exercise our heritage in the modern bureaucratic state, dealing with everything through the lens of the mass. Yet, essentially, to be truly Jewish is to engage in a higher quest: the religious quest to be personally called, to choose carefully one’s quality of life and then commit and practice it in community with others.

In order to make this choice of a religious life, one needs a will. A will that enables a person to choose to live rather than survive. In order to grow that will, one needs freedom. Freedom to question, to answer, to exercise different approaches to Torah and life, to find a place within the ancient covenant and commit, to add one’s voice to a nation ever-standing at the foot of Sinai and to hearing a voice.

The State of Israel might be full of people who were born Jewish, but as long as it doesn’t provide freedom to grow such a will, it is not yet a Jewish state.

I dread the thought that this magnificent moment in Jewish history might turn out to be a tragedy for the Jewish condition and its calling in the world. I dread the thought that Jews in Israel and around the world will count on the strength of what seems like an everlasting state, physically built, while neglecting, abandoning, an ancient trust in the transparent realm of the ruach, the spirit, the deepest power in human life. The built State of Israel entered the delicate void of thousands of years yearning, and the task of this generation is to ask how we make way for the challenges of embodying ruach in Jerusalem. This is our task.

What we really need is to recuperate the natural instinct of freedom here in Zion. We can’t wait for the status quo to be changed; it will not be changed easily, and we are losing precious time, precious generations. In a world in which the new Jew is the Haredi Jew, what we need is to deepen the grassroots movement of Jewish freedom — individuals and communities exercising a Jewish life of their choice: marrying, celebrating, mourning, learning to translate modern autonomy of the individual into a life of shared values and deeds. We need more Jewish thinkers leading such a life; declaring that they do so; sharing their thoughts, practices; making way for others by their own quest to weave their unique personality into that of a community in its state.

“If Ben-Gurion, in the peak of his leadership days, would choose to go to a Reform community on Yom Kippur instead of sitting home, reading Spinoza or Aristotle, he could have given with his great authority legitimacy to another possibility of religious authority,” A.B. Yehoshua wrote in 1984. “There is no hope for real normalization of the Jewish people without deeply treating questions of our heritage. If we want to see a significant change in 100 years, we need to plan it now. We need to make sure that secular Jews are deeply involved in these questions…. Orthodoxy (as an ideology) does not want the change; the change will come only by creating new centers of Jewish authority.” And I, too, think to myself, if Shimon Peres, in the peak of his presidential days, would have asked for a blessing or prayer of six different Jewish (and non-Jewish, of course) leaders from different schools of thought in one evening, what a gate he would have opened to our people.

What I write here is a plea, that we demand every Jewish leader we know exercise and speak words of freedom, and continue to fight for state laws that enshrine that freedom. The coming 65 years should be dedicated to this pursuit of pluralism, and the more Jews involved, Israelis and partners from all around the world to whom this place belongs, the more of a chance we will have to live in a truly Jewish state.

Tamar Elad-Appelbaum is the founder of ZION: An Eretz Israeli Congregation in Jerusalem, and vice president of the Masorti Rabbinical Assembly.

Israel Should Allow Freedom of Jewish Faith to All