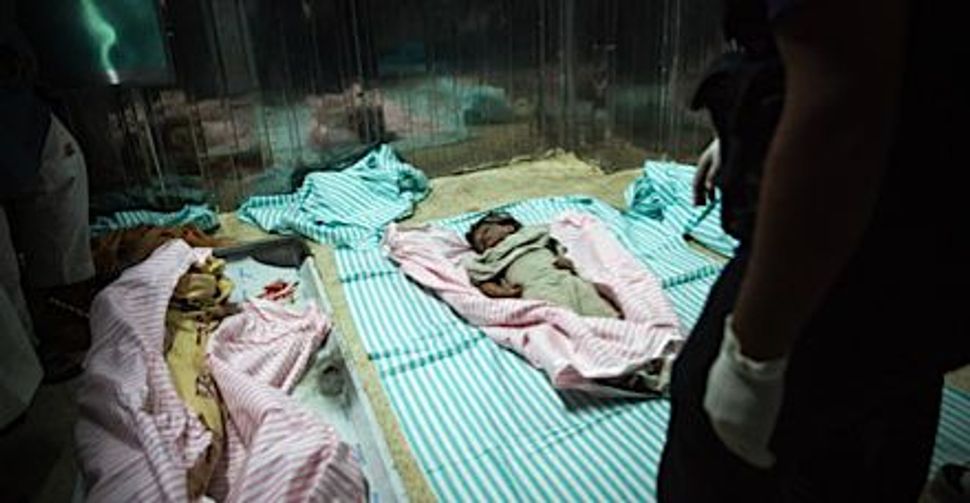 It was right and proper that President Obama address the American public from a simple podium with no special effects or distractions, methodically laying out his reasons for a military strike against Syria and addressing the doubts of so many about the wisdom and efficacy of such a risky move.

But part of me wished that the White House could have replayed the horrifying videos as a backdrop.

Obama mentioned them at the top, the “sickening images” of men, women and especially children frothing and writhing and suffering from the effects of the August 21 chemical weapons attack by the Assad regime against its own people. That’s the reason why I personally believe that the U.S. has a strategic and moral responsibility to respond forcefully to the use of a weapon most of the world wishes to see never used again.

Sure, pictures of dead children are a ploy — a ploy that his administration should have used for greater effect during these last couple weeks of confusing messaging and shifting approaches. I don’t know whether what Obama said tonight was enough to change the minds of those who don’t agree with him. But those images sure stuck with me.

Obama encouraged viewers to watch the videos. He referenced the heartbreaking sight of a man holding a dying child felled by sarin gas.

He used the images to draw in his political opponents: “To my friends on the right, I ask you to reconcile your commitment to America’s military might to the failure to act when a cause is so plainly just. And to my friends on the left, I ask you to reconcile your belief in freedom and dignity for all people with those images of children writhing in pain, going still on a cold hospital floor.”

And then he used the images to try and convince the public of our strategic connection. No, America’s is not and cannot be the world’s policeman, he said. “But when, with modest effort and risk, we can stop children from being gassed to death, and thereby make our own children safer over the long run, I believe we should act.”

That last point is the crucial one, isn’t it? Will we as Americans appreciate that our children are safer if Syrian children no longer face the risk of this horrible brand of mass destruction? Personally, I thought Obama made the case. But if you don’t agree, watch the videos.