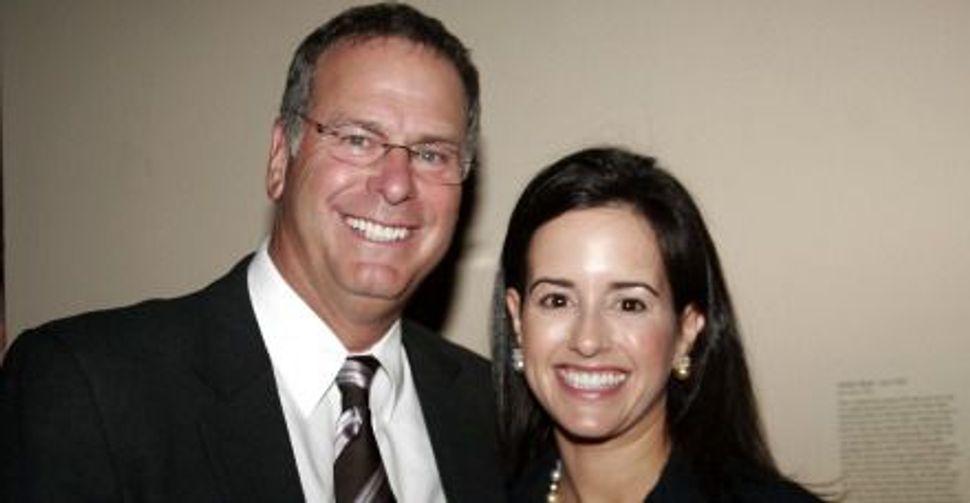 Some feuding families bury the hatchet around the High Holidays, discarding grudges and grievances in the spirit of renewal.

But that’s not happening for the Greenspun siblings of Las Vegas. Scions of a storied newspaper clan, the Greenspuns have been torn apart by a dispute over the future of the Las Vegas Sun, founded by their parents in 1950. Now, the fate of the paper — and of the family’s legacy — rests in a judge’s hands as one brother battles his siblings.

The dispute has roots in a joint operating agreement the Sun forged with the larger Review-Journal in 1989. Compelled by the Newspaper Preservation Act, which Congress in 1970 enacted to save ailing print dailies, the Review-Journal agreed to publish the weaker Sun as a stand-alone section in its own pages.

But as The New York Times reported last week, the publisher of the Review-Journal wants to dissolve the joint operating agreement. In exchange, the Greenspun family would receive the lucrative LasVegas.com domain name. Sibs Danny Greenspun, Susan Greenspun Fine and Jane Greenspun Gale all voted to accept the offer.

But their brother Brian, the Sun’s president, is suing to prevent it.

“I understand why the Review-Journal is doing this,” Brian Greenspun told the Forward from Las Vegas. “Who wouldn’t like a monopoly? But that doesn’t make it right. And Anti-Trust laws hold that you can’t conspire to have a monopoly in anything you do.”

“Having two voices for a city is healthy. If this happens, the Review-Journal would be the only major news-content providing voice here. And you know what happens with politicians and everyone else when they only hear one side.” While the Sun’s politics have tilted left, the Review-Journal has been an unvarnished right-leaning voice, Brian Greenspun explained.

Brian Greenspun’s parents, Hank and Barbara, were towering figures in Las Vegas history. When Hank Greenspun died in 1989, The New York Times hailed him as a classic fourth-estate crusader. “Mr. Greenspun took aim at a wide variety of targets, including Senator Joseph R. McCarthy and the Internal Revenue Service. In one column in the 1950’s, he predicted that a victim of one of Senator McCarthy’s denunciations would assassinate him and recommended that the Senator commit suicide first.”

Hank Greenspun was even the subject of “Where I Stand: The Hank Greenspun Story”, a documentary film that played the Jewish festival circuit. The film “rips through Greenspun’s fearless dealings with bigoted casino owners, murderous mobsters, Watergate, Green Valley and Yucca Mountain. Most astonishing is witnessing Greenspun’s secret missions transporting contraband military equipment during Israel’s War of Independence and his behind-the-scenes peacemaking efforts of the 1970s.”

The Greenspun parents, speculated their rabbi, would have supported Brian’s “quixotic” crusade. “I think they’re rolling over in their graves,” Rabbi Mel Hecht, who led their synagogue in the 1980s, told the Times. “They represent an age and a dream that is passing, and they’ve got to be disappointed in three of their children.”

Brian Greenspun agreed. “I continually offer every kind of olive branch I can think of,” he said. “And, for the most part, I’m met with silence.” The Times noted that the Greenspun family had taken severe hits in other holdings, including real estate and casinos, which has increased pressure to exit the newspaper business.

Outsized characters like the elder Greenspun may have passed into lore. But the Jewish influence in Las Vegas remains, Greenspun told the Forward. “There’s still a very significant Jewish involvement in the growth of Las Vegas in all aspects – political, social, business,” he said.