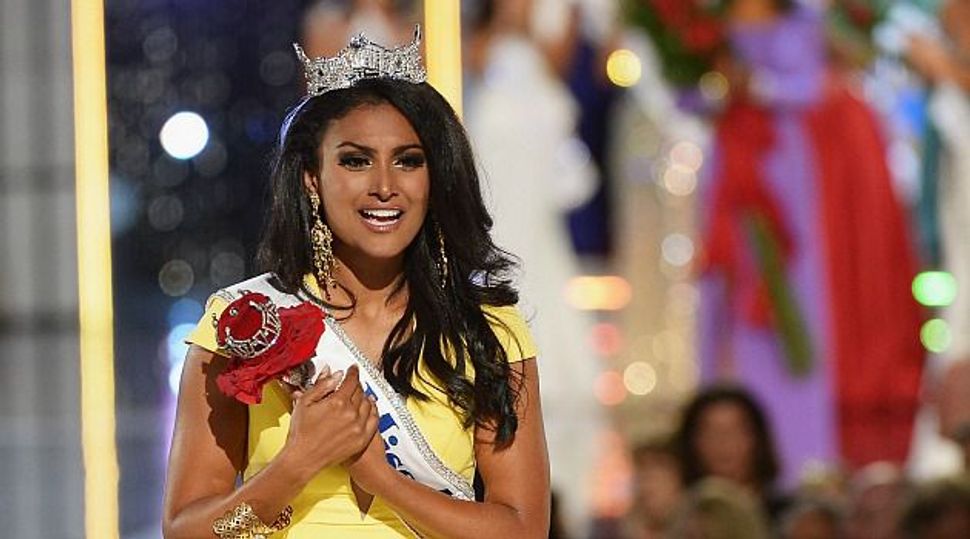 Let’s begin by acknowledging that there is something profoundly anachronistic about beauty pageants in the 21st century.

The idea that strutting around in swimsuits the size of postage stamps and answering inane questions in less time than it takes to apply lipstick are measures by which to judge the beauty and goodness of unmarried women seems to belong to another era. Another century, even.

Decades ago, angry feminist activists threw bras, girdles and other “instruments of female torture” into a large garbage can outside a Miss America pageant in Atlantic City, N.J., and while their tactics may have been melodramatic, their message was on point: these high-heeled parades reinforced a standard of beauty that was, for most women, unattainable and oppressive.

But beauty pageants can also serve as a reflection of social norms and expectations, a Rorschach test on how we view ourselves. The first Jewish woman to become Miss America, Bess Myerson, elevated the self-image of her female co-religionists. The first African American to be crowned Miss America, Vanessa Williams, dispelled the myth that black could never be beautiful. Did they impact society as much as the first Jewish Supreme Court justice or the first African American president? Of course not. But they whittled away at a prejudice that never should have been there in the first place. 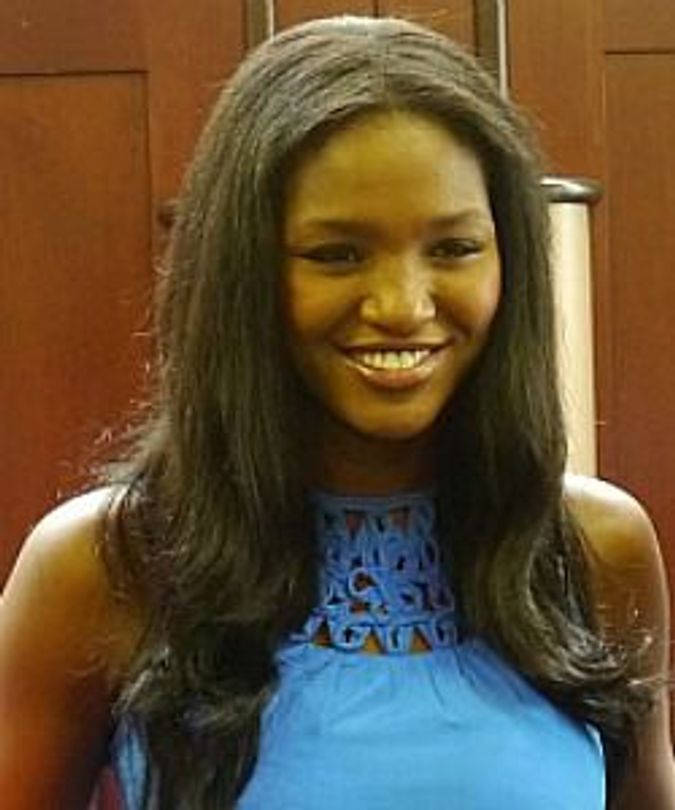 Now we have the first-ever woman of Indian descent to be named Miss America, just months after the first-ever Ethiopian to be crowned Miss Israel. Dark hues are replacing the monotone requirement of white-skin-blond-hair conventional beauty. You don’t need to ballet dance or sing yet another song from Les Mis to win — you can also perform a little Bollywood Fusion number, as Nina Davuluri did, to snag the judges’ approval.

Just as telling, though, is the national response. When Yityish “Titi” Aynaw was crowned Miss Israel in March, the Israeli hasbarah machine went into overdrive, legitimately. The willowy woman with the jet black skin and inspiring life story was a potent symbol of immigrant inclusion, especially for the underclass Ethiopians. As she swept through an America tour, with stops ranging from Jewish day schools to the White House, Aynaw surely upended the preconceptions of what an Israeli looks like to those who might have thought the nation was only a white, Ashkenazi preserve.

Unfortunately, the day-after stories about Davuluri focused on a collection of racist, ugly tweets sent by, among others, a Fox News radio host who snarkily called the contest “Miss Politically Correct America.” Some of the more anonymous tweets were much worse. There was, predictably and thankfully, a backlash to the backlash, with plenty of support for the New York-born winner.

It’s difficult to assess how much of this Twitter torrent should be taken seriously, or whether it was exploited by newscasters searching for something to report on other than the traditional day-after dip in the Atlantic Ocean. But it seemed serious enough for the Anti-Defamation League to wag its finger and weigh in.

“We have been down this road before,” the ADL national director Abraham Foxman wrote. “[Bess] Myerson faced open prejudice and bigotry as many sponsors and events associated with the pageant refused to recognize her title. While times have changed since then — and the pageant has become more inclusive and has embraced diversity — the reaction in some quarters to the crowning of Ms. Davuluri is a reminder of how much work remains to be done in this country to ensure that America remains no place for hate.”

Even beauty pageants can teach us something.