Why Was Denmark Different for Nazis? 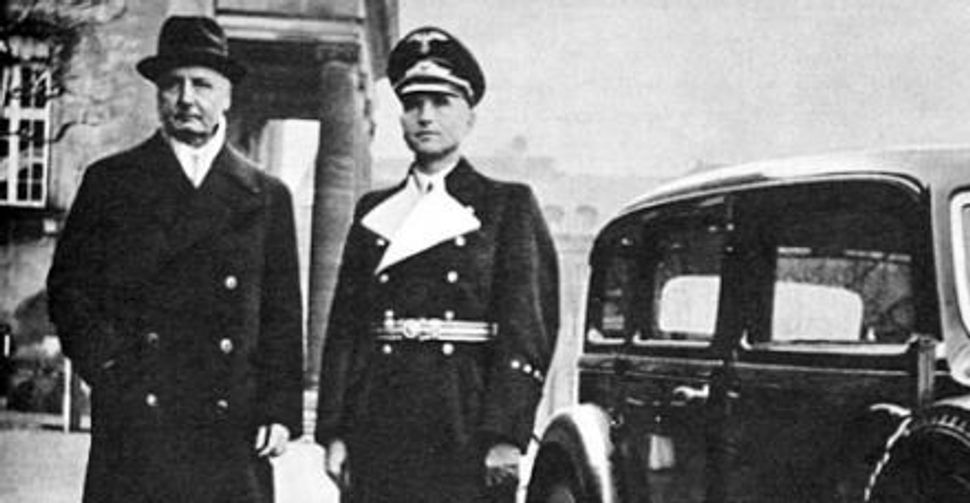 Why did the Holocaust fail so spectacularly in Denmark while it succeeded in so many European countries? The peculiarities of the German occupation of Denmark may provide a clue.

Denmark surrendered almost immediately after being invaded in April 1940, and agreed to cooperate with Germany. In return, the Nazis installed a plenipotentiary as supreme commander in Copenhagen, and allowed the Danish government to maintain its sovereignty.

Then, as now, Danes had a strong social democracy. They viewed their well-integrated Jewish neighbors as equal citizens. Any attempt by the Nazis to single out Jews for special treatment was fiercely opposed by the Danish government.

Jews “were never seen as something different from just being Danes,” said Peter Taksoe-Jensen, Denmark’s current ambassador to the United States.

While other European Jews were being deported to death camps from 1942, Danish Jews continued to practice their religion freely and openly through most of 1943.

Bent Lexner, Denmark’s chief rabbi, said his parents had a huge Jewish wedding in Copenhagen in early 1943, something that would have been unimaginable elsewhere in occupied Europe.

Historians disagree on the merits of Denmark’s policy of cooperation with the Nazis.

But Bo Lidegaard, editor-in-chief of the Danish newspaper Politiken, says that because Denmark, which sits on Germany’s northern border, had a tiny army, resistance was futile.

Lidegaard, whose book “Countrymen,” about the rescue of Denmark’s Jews, was published on September 17, points to nearby Norway as an example of a country that resisted the Nazis. There, almost half of the country’s 2,000 Jews were killed.

“The crucial thing was whether we were able to resist the moral degradation inherent in totalitarian ideologies,” he added. “Democracy became to Danes almost what Nazism was to Germans: the uniting factor.”

But historians believe that Jews were also saved because Werner Best, who was then serving as Germany’s plenipotentiary in Copenhagen, did not want to rock the boat. It suited Best — and Nazi Germany — to have a quiet and compliant model protectorate.

The model broke down during the summer of 1943, when unrest and sabotage spread throughout Denmark as Nazi defeat looked more likely. The Danish government refused to cooperate with the Nazis, the Germans invoked martial law and the order was given for the roundup of Denmark’s Jews.

Even so, leading Nazis in Denmark are believed to have played a key role in warning of the impending mass deportation. The action was leaked to Danish officials, who in turn tipped off Denmark’s Jews.

If the roundup of Denmark’s Jews was supposed to be a secret, it was poorly kept. On September 29, two days before the roundup was due to begin, the Forverts newspaper, in New York, published a front-page headline: “Nazis Will Deport All Jews From Denmark, Say Swedish Newspapers.”

That same day, Rabbi Marcus Melchior interrupted his morning service in Copenhagen’s Orthodox synagogue to tell the packed congregation — it was the day before Rosh Hashanah — to go home, pack their things and clear out as quickly as possible.

When German police went from house to house on October 1 looking for Jews, they mostly found no one home.

Over the following few weeks, more than 7,000 Jews were smuggled to Sweden by fishermen. Not a single fishing boat was stopped by a German vessel.

Best had ordered many German boats into dock for a paint job.

Why Was Denmark Different for Nazis?