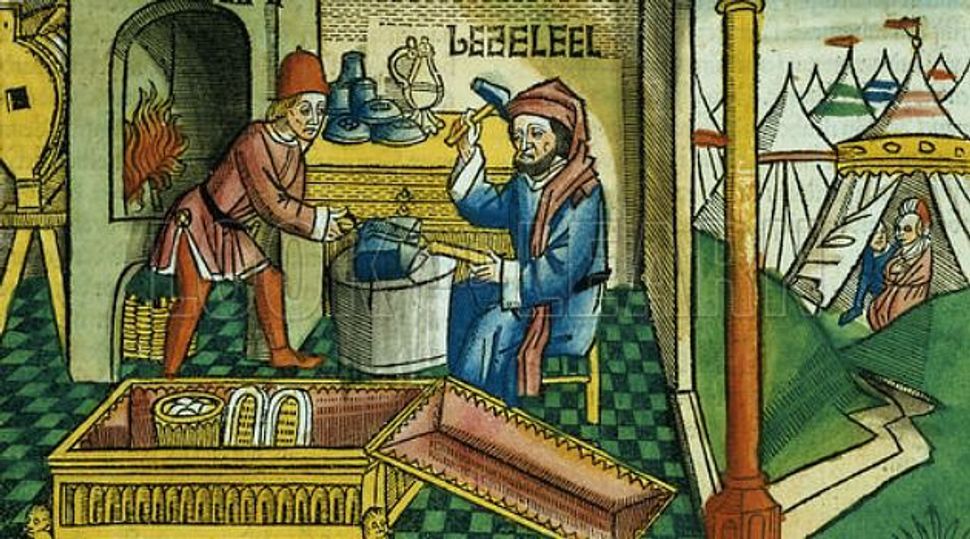 Last year, Elise Bernhardt, president and CEO of the Foundation for Jewish Culture, gave a talk at the annual meeting of the Jewish Federations of North America about her favorite biblical character, Bezalel, “the original multi-media artist.” Without Bezalel, she argued, there would be no mishkan, no portable dwelling place for the divine. And without the mishkan, there would be no community. The role of the artist is that central.

Less than a year later, Bernhardt is presiding over the dissolution of the FJC, a situation prompted in part by a dramatic decline in funding from the very federation officials before whom she spoke. Founded in 1960 as a response to the destruction of Jewish culture during the Holocaust, the FJC is one of several national, umbrella groups that have shuttered recently, victims of the trend toward more targeted giving and an aversion — especially among younger donors — to organizations that take an omnibus approach. Better to give directly to programs and cut out the middle person, so the argument goes.

But this trend has worrying implications, particularly with regard to the FJC. Who will speak nationally for Jewish arts and culture now? Will that voice be strong and independent enough to be effective? In a country that largely supports the arts through private money rather than public funding, is a national Jewish voice needed at all?

It is. Support for Jewish arts and culture needs to be a professional priority, not a line item in someone else’s budget. As American Jews become less and less engaged in religious life, the broad category of arts and culture provides a vital connection to the larger, ongoing Jewish story. Those who don’t care to enter the Jewish community through the synagogue door often chose the cinema instead, or the dance studio, or the lecture hall, and there is plenty of survey data to back up the assertion that such venues are serving as a new kind of mishkan.

More than simply a mercenary lure to the unaffiliated, a vibrant Jewish arts and culture scene enriches both our lives and the communities around us.

That’s not necessarily going to disappear with the demise of the FJC. Its board has wisely chosen this moment, when it still has money in the bank, to be able to deliberately find new homes for its many programs without the panicky urgency of a looming bankruptcy.

This decentralization could spark more innovation, as new creators and supporters step into the breach. But let’s not kid ourselves. Donors have their own proclivities and interests, and there will be going forward a worrisome void caused by the absence of a group of independent professionals who can identify emergings artists, support their work, develop and nurture audiences, expand relationships and platforms and act as a clearinghouse for the nation.

The FJC was always hamstrung by its reliance on federation funding, vulnerable to a time such as ours, when JFNA is faced with urgent demands for increased social services just as its own funding base is shrinking. Still, if the community’s central funding source can’t support a national foundation for culture, who will?

“I wish we could see arts and culture be the Birthright of the next iteration of American Jewish life,” Carole Zawatsky, CEO of the Washington DC JCC, told the Forward. Alas, Bezalel’s legacy comes with no direct financial endowment. That we have to do for ourselves.