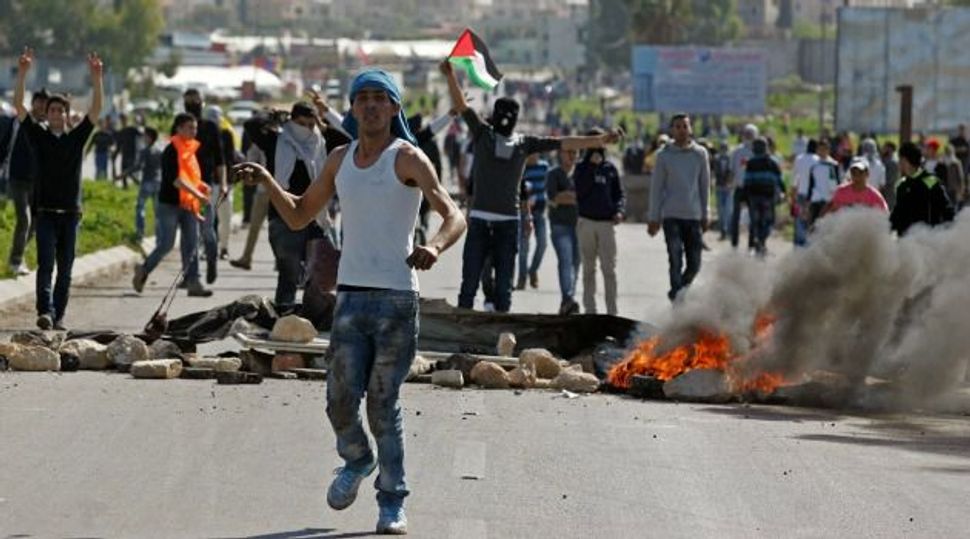 Almost two thirds of Palestinians think that a third intifada is round the corner if the current Israeli-Palestinian peace talks fail, according to a new poll.

The Palestinian Center for Public Opinion asked Arab residents of the West Bank and Gaza whether they “anticipate the outbreak of a third Intifada in case the peace process ends in failure” and found that 58.4% do. Only 26% said no, and the remaining 15.6% declined to answer.

The results of this poll are noteworthy not only because they underscore that the Palestinian public sees the negotiations as a high-stake exercise, but also because they point to a gulf between the declared position of the leadership and the public. Palestinian President Mahmoud Abbas has said repeatedly that there will be no third intifada as long as he is in power.

It’s unclear from the poll whether the 58.4% that foresees an intifada if talks fail think that Abbas would break his word, or believe that the breakdown of negotiations would discredit Abbas and force him to resign.

Surprisingly, despite Ramallah’s constant questioning about Israel’s seriousness in peace talks, a question designed to asses the Palestinian public’s views on revealed more optimism that pessimism — although admittedly it was a close call. Respondents were asked if they believe “that the Israeli government is really willing to resume the peace negotiations or is not really willing to do so” and 45.2% said it is while 39.1% said that it is not.

Figures would appear to indicate that once Palestinians pass the psychological hurdle of believing that the Israeli government wants to talk, it’s a short jump to believing that there will actually be an agreement. Asked if negotiations will lead to peace 40.4% said yes — a figure only 4.8% lower than those who believe that Israel really wants to negotiate.