After #JewishAmerica Survey, What Do We Do? 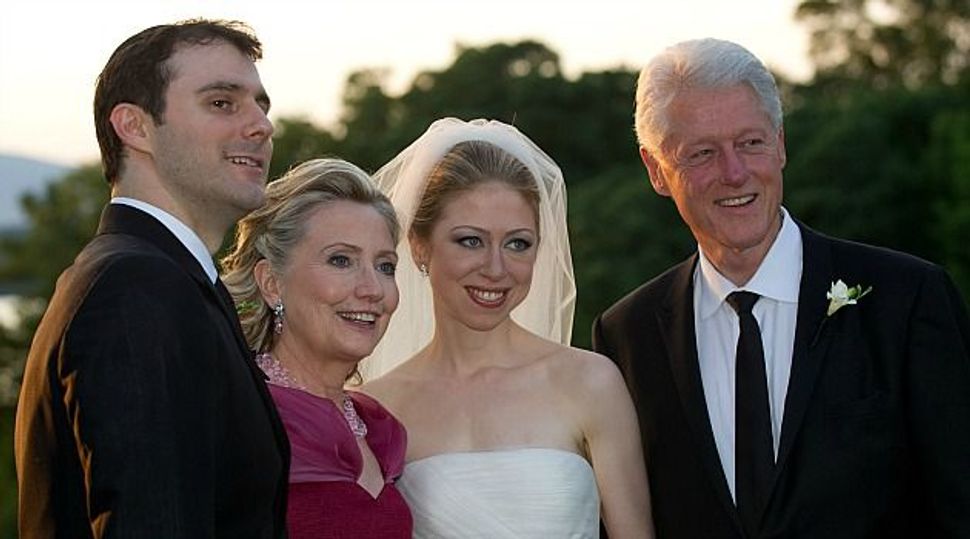 Look Who?s Family: Intermarried Jews are far less likely to be involved in the community. Taking steps to address that is one glaring message of the landmark Pew study on Jewish America. Image by getty images

The U.S. Census Bureau asks many questions in its decennial survey of Americans, but never about their religion. The bureau considered doing it once, for the 1960 census, and actually put out a test question in March 1957. To the query “What is your religion?” 3.4% of Americans 14 years and older answered “Jewish.”

After a hail of criticism, the idea of probing religious identity was dropped, and experts could only take educated guesses, especially about a segment of the population as small and complex as the Jews.

The guessing is over. Thanks to the Pew Research Center with support from the Neubauer Family Foundation, we can answer that question and many more with the first national, comprehensive and independent survey of American Jews to be conducted outside the organized Jewish community. To the extent that numbers don’t lie or prevaricate, this survey’s conclusions are as definitive as can be.

(Full disclosure: Jane Eisner, the Forward’s editor in chief, first suggested that Pew undertake the survey and served on its advisory panel.)

The findings point to a dramatic generational shift in identity and practice in which young Jews are increasingly likely to have no religion, despite saying they are Jewish. In doing so, they are rewriting the norms of behavior that have long characterized Jewish life, abandoning the traditional support for Jewish families, Jewish institutions and Israel and opting instead for an individualized Jewish life filled with pride and possibility, but only loosely engaged in community.

There is no persuasive way to sugarcoat these devastating findings, though some religious and communal leaders are already trying to do so. Unlike previous surveys sponsored by Jewish organizations and therefore somewhat suspect, the Pew data are unassailable. We shouldn’t argue about the facts. What we should do is argue about what they mean and how to constructively respond.

Here are some ideas:

• Forget the litmus test on Israel. About seven-in-ten Jews say they feel either very or somewhat attached to Israel, and 43% have visited Israel at least once, so let’s stop worrying that somehow American Jews are morphing into anti-Zionists. But this survey shows a huge disconnect between the self-proclaimed “pro Israel” lobby that generally supports the Netanyahu government without question and the sentiments of the actual Jewish public they purport to represent.

Just 38% of American Jews say that the Israeli government is making a sincere effort to establish peace with the Palestinians. Only 17% think the continued building of settlements in the West Bank is helpful to Israel’s security, while 44% say that it’s harmful.

Clearly, the voices of these critical but still attached Jews must be included in the national conversation. It’s time to get past the silly debate about whether J Street or the New Israel Fund or other such organizations are kosher enough to speak in synagogues, at federation meetings and on college campuses. These venues should confidently welcome all knowledgeable, responsible voices — especially since those voices represent a sizeable segment of American Jews.

• Rescue the Conservative movement. Only 18% of American Jews identify with Conservative Judaism, half as many as Reform and only 8% more than Orthodox, a stunning decline for the denomination that once was most populous. And the future is even less promising: Only 11% of young Jews say they are Conservative, while the median age of Conservative Jews, 55, is the highest of any denomination.

The initial responses by Conservative leaders to these stark numbers — ranging from denial to defensiveness — can be excused for the moment, but it’s a self-defeating strategy going forward. Younger Jews, especially, eschew the formulaic, often passionless Jewish worship that characterizes too many Conservative synagogues, and the movement’s understandable reluctance to embrace intermarriage has sent droves of its members to less restrictive, less demanding Reform temples.

Further shrinkage would be a tragedy, and not just for the Jews who believe in the Conservative mission of placing tradition directly in conversation with modernity.

A weakened Conservative movement harms other denominations as well. Orthodoxy has benefited from the influx of Conservative Jews seeking a more observant lifestyle; already that flow has recessed as the numbers have shrunk. All Jews benefit from having multiple choices and outlets, and from the high level of scholarship and communal leadership that has emerged from Conservative institutions in the last century. Many of the creative rabbis now leading pioneering nondenominational congregations were educated in Conservative seminaries.

The constriction of Conservative Judaism is not just a Conservative problem — it’s everybody’s challenge. Without a strong middle core, Judaism will become weaker, more polarized and simply less viable.

• Confront intermarriage. Don’t be assuaged by the Pew finding that the rate of intermarriage hasn’t increased much in the last few years. It is still, at 58%, so common as to be unnoticed. And the revelation that since 2000, 72% of non-Orthodox Jews chose to marry outside the faith should be a dramatic wake-up call to anyone who hopes to see a thriving, egalitarian, pluralistic American Judaism in the future.

Individually, a mixed marriage may seen acceptable (who wouldn’t want Chelsea Clinton in the family?) But collectively and over time, this trend is devastating. Jews married to non-Jews are far less likely to belong to a synagogue, observe religious tradition, contribute to Jewish causes, raise their children as Jews, and engage in the Jewish world. There are examples to the contrary, but to quote a great sage, the plural of anecdote is not data. This data can’t be ignored.

This central conundrum for the modern Jew is impervious to a simple solution, but there is an immediate, modest step that could make a difference: Enthusiastically encourage conversion before or soon after marriage. For centuries, Jews have made it extremely onerous to join the club. Now it’s time to fling the doors wide open.

But to do so, we have to believe that Jewish life is worth embracing. Which brings us to a final point.

• Preserve and celebrate Jewish distinctiveness. After remembering the Holocaust, Jews told Pew that leading an ethical and moral life is the most essential part of being Jewish. But all faith traditions teach ethics and morality. We need to teach, emphasize, model and promote what is distinctive about Jewish tradition — its devotion to community, its belief in the here and now, its rich melding of faith and culture, its time-tested but often counter-cultural values. Divorcing Judaism, however it is practiced, from Jewish life invites more assimilation.

And we know where that leads. Pew found that Jewish adults now comprise 2.2% of the U.S. population, a sharp drop from that 3.4% figure. Knowing so much about ourselves is a gift. Now let’s respond.

After #JewishAmerica Survey, What Do We Do?