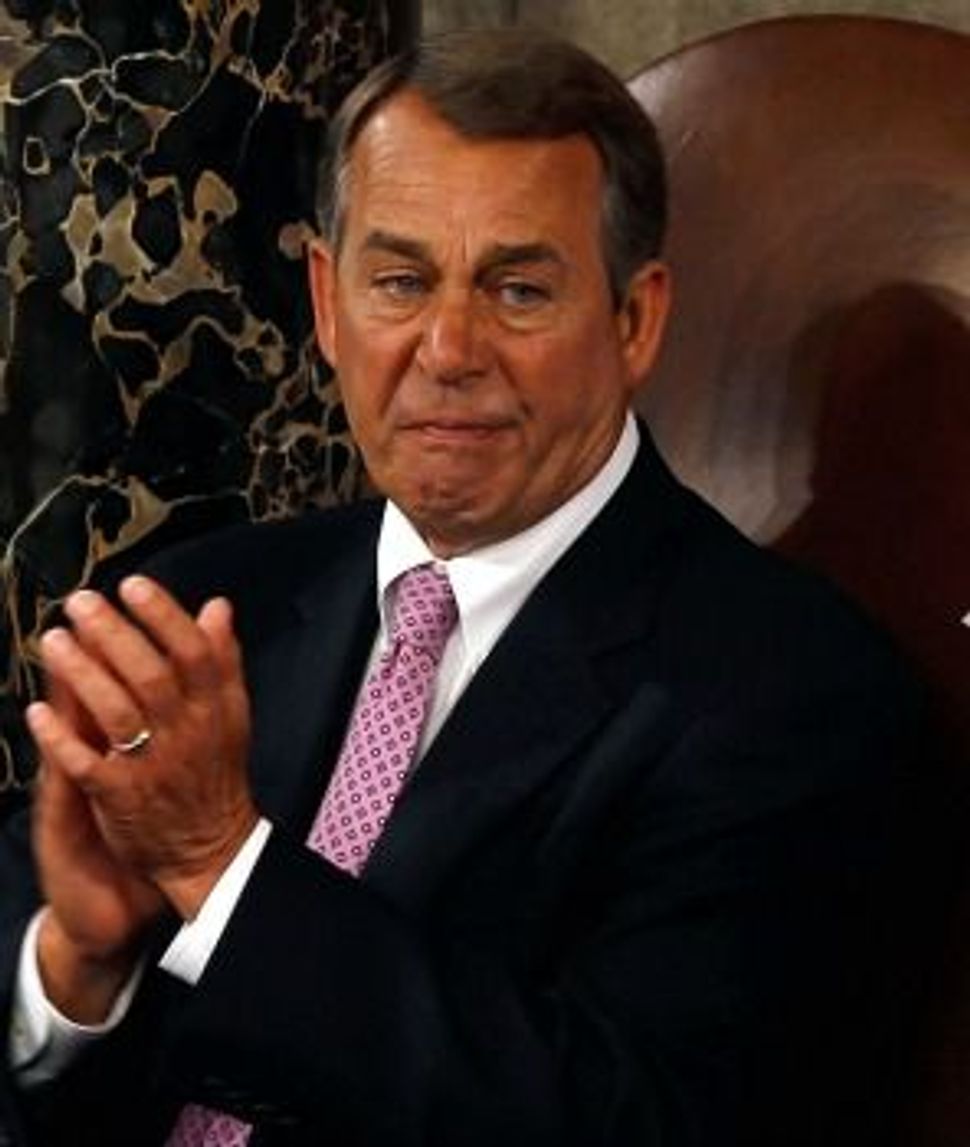 “Speaker Boehner has always said that the United States will not default on its debt, but if we’re going to raise the debt limit, we need to deal with the drivers of our debt and deficits,” Steel said. “That’s why we need a bill with cuts and reforms to get our economy moving again.”

In other words, he’s going to make sure that the debt ceiling is raised, but only on condition that the measure to raise the ceiling includes some other fiscal and budgetary actions that the Republicans favor. Ezra Klein at the Washington Post Wonkblog unpacks what this means:

On the one hand, Boehner has always said he won’t allow the United States to default. On the other hand, he’s also always said that he won’t pass a clean debt-ceiling bill.

Imagine a bank robber who swears no hostages will be harmed under any circumstances but also says no one gets out alive if his demands aren’t met. That’s more or less Boehner’s position.

If you dig a little deeper, you come to a pretty shocking bottom line:

Whenever two sides sit down to negotiate serious differences, they both understand that they will have to give up something they value, because the other side wants it. Boehner, Paul Ryan and others are said to be talking about a “grand bargain” that gets the government’s fiscal house in order.

And what thing of value does each side give up? According to the Washington Post’s Chris Cillizza, the Democrats agree to entitlement reform—meaning lowering the costs of Social Security and Medicare—and Republicans agree to tax reforms with no revenue increase (which for Democrats, you’ll recall, means no genuine tax reform) and raising the debt ceiling.

Bottom line: Republicans agree to the painful concession of letting the government pay its debts.