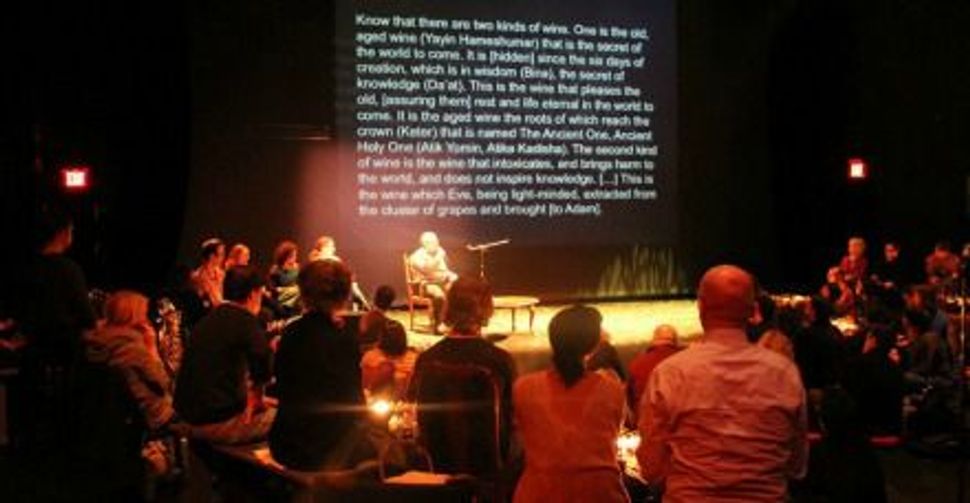 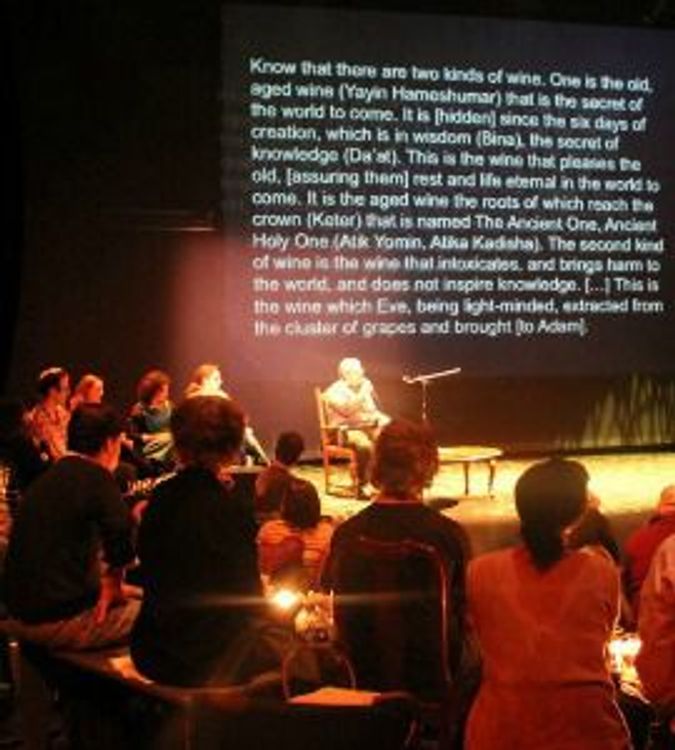 The new PEW survey on Jewish life paints a bleak picture of our future. Among the findings were the fact that 58% of Jews now marry non-Jews, two-thirds don’t belong to a synagogue and 32% of Jews born after 1980 say they have “no religion.”

In response, Slate’s Jessica Grose wrote about her mixed feelings of culpability over the decline of Jewish life in the U.S. and her lack of interest in organized religion. Grose, who married a non-Jew, says she does want to teach her baby daughter about her Jewish background, but is at a loss as to what exactly her religious life will, or should look like.

The notion that American Jews are eschewing religion so broadly makes me a little sad, or worried for Jewish continuity (or guilty for being part of the problem). But I can’t see myself bringing my daughter to temple every Friday to honor a God I don’t believe in. What’s the solution?

Mark Oppenheimer, a Forward contributor and religion columnist for the New York Times, wrote a post on his blog offering Grose a few solutions. He tells Grose that it is clear that Jewish affiliation means something to her, otherwise why would she feel so guilty?, and that she should see this as a call to explore her community and traditions.

He (unfairly) suspects that she, as a Brooklyn writer, follows the “religion” of liberal consumerism, you know kale, wood-only baby toys, yoga, and says this is ultimately a flimsy, unsatisfying identity. And then agrees with her that occasional attendance to a Reform synagogue might not make for a sturdier identity.

Ultimately he recommends a deeper, more thorough engagement with Jewish tradition, culture and thought which will, he believes, give her the ability to inhabit them on her own terms. He says:

It may be Torah study, if only to learn the stories that will give you cultural common ground with other Jews. It may be regular, inquisitive synagogue attendance, not to “pray to a God [you] don’t believe in,” which is not at all why most Jews attend synagogue, but to try to learn over time why Jewish routine and ritual can, for some, be comforting and inspiring, and at some synagogues pretty rocking. It may be celebrating more Jewish holidays than the two you grew up with.

I agree with Oppenheimer on a theoretical basis, but really, if there was ever something easier said than done! This advice is really not terribly useful for someone without a pre-existing Jewish background or community. The words “Torah study” alone are likely to make more than a few assimilated palms sweat.

The problem is there are very few points of entry for Jews like Grose — should she want to enter — into Jewish life and learning. I say this not as a social scientist, but as a young adult Jewish person who was consistently turned off by the Jewish community until I, finally, found my way in.

What was I turned off by? Oy. Basically everything all the big philanthropists push on us. Zionism, holocaust remembrance, Tikkun Olam (I am all for volunteer work, but was never convinced that it should be done in a Jewish context) and boring Friday night services at allegedly progressive synagogues.

And then, one day, I was invited to partake in a program called LABA, a culture laboratory and non-religious house of study at the 14th Street Y. Inspired by Tel Aviv hotspot Alma, a secular house of study and artists’ space started by MK Ruth Calderon, LABA brings together creative types from a mix of disciplines to study ancient Jewish texts together and then create work in response.

Before LABA I had no idea, really zero, about the richness and complexity of the Jewish canon. But of course I didn’t. Nobody, not once, had ever invited me to come learn stories from the Talmud, Torah and Mishnah in all their wacky and rich vibrancy. (Sure, I could go to classes at the local syngagogue, but if it wasn’t the strictly religious readings of the texts that got on my nerves, it was the loud old man in the back who dominated the whole evening.) I didn’t even know the difference between those texts before I came to LABA, and had always assumed they were, for the most part, moralistic, prescriptive and therefore flat.

I fell absolutely in love with Jewish texts, and even more in love with the chance to study them in a completely open-minded, god-free, cheap-wine filled setting. So much so, that I eventually became co-director of the program. Over the last five years I have seen dozens of bright, creative, mostly assimilated Jews go through what I went through. They had no idea that this is what sits at the center of Judaism.

They too fell in love with texts, found in them a source of inspiration for their work, which is never “Judaica,” and also fell in love with their discovery, finally, of a Jewish community that they could identify with. Some became more religious, some didn’t — again, that isn’t our goal, at all — but most do leave with a renewed interest in Jewish life, a firmer sense of who they are as Jews and a foundation to build a Jewish life upon.

When I read numbers like the PEW reports, or conversations like Oppenheimer and Grose’s, I am reminded of how absolutely bananas it is that LABA is one of the only places of its kind in New York, and even the world.

Wanna save the Jews, institutional powers that be? Give them a chance to learn the good stuff!